Opposites attract, right? Whether you’re still wading through the getting-to-know-you phase or your long-term relationship calls for a shake-up, there’s something to be said for veering away from common ground in favour of playing to your differences.

You and your significant (or not so significant) other may be chalk and cheese but two seemingly conflicting interests can still make for a damn good date. Taking that into account, we’ve thought up five quirky combo date spots so you don’t have to. If anyone asks, it was all you. 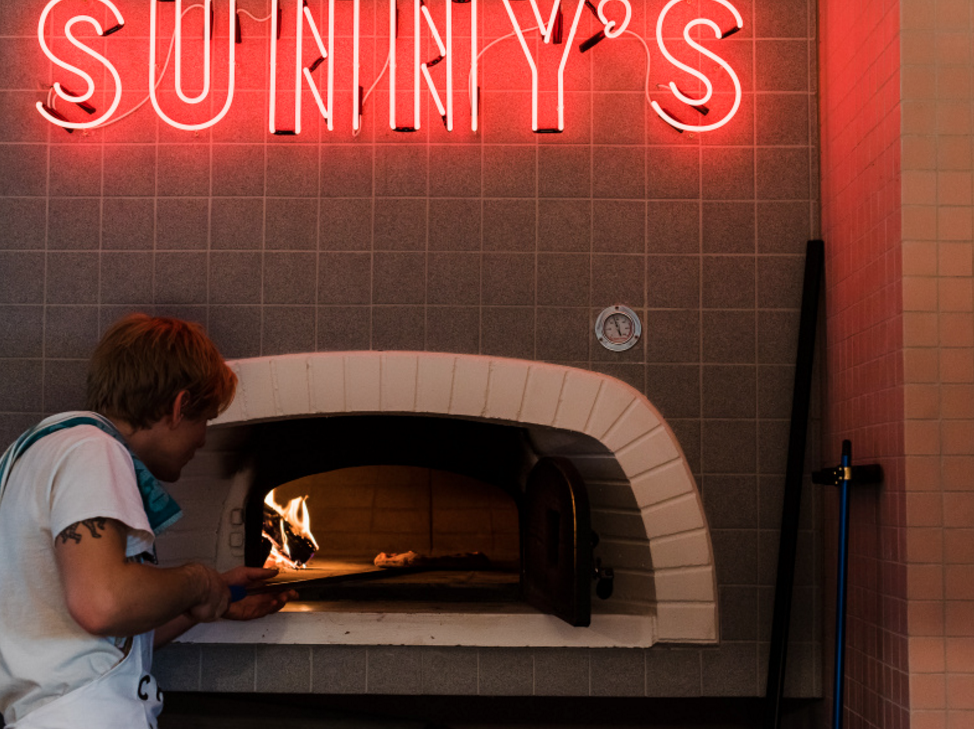 You love cutting shapes, they’re into snacking on slices

Whatever you and your partner are into, Sunny’s Pizza in the west end makes a reliable communal go-to on Friday and Saturday nights. “We don’t do bookings so it’s all pretty casual,” says co-owner Josh Dolman. Grab an intimate corner booth or dig into a stand-up pizza at the bar. The classic wood-fired Margherita and eggplant parmigiana-topped pizza are safe bets, while their finessed take on the Hawaiian might make you rethink your pineapple-on-pizza stance.

Once the pizza is done, attention turns to the party. “The disco ball starts up and the tables get pulled away to make room for a dance floor,” says Dolman. DJs spin a mashup of genres guaranteed to make you forget you met on Tinder. 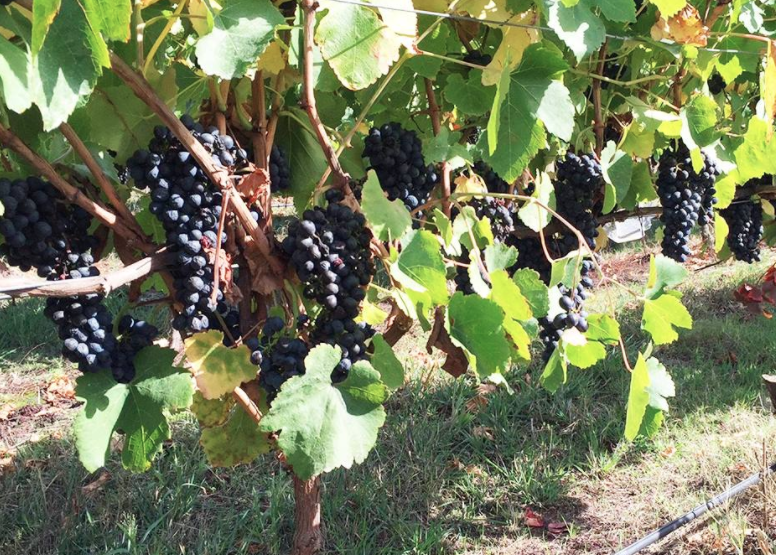 You love sampling tannins, they’re into teeing off

World-class wine regions don’t get much more accessible than the Adelaide Hills. While there’s plenty of date options to choose from, the combination of Sidewood Estate cellar door and the adjoining, decades-old Maximilian’s Restaurant make a stellar pair. Especially for the keen couple with overlapping interests.

That’s because while you can sample Sidewood’s cool-climate wines while eating on the deck soaking up the lakeside vista, an antsy partner who fancies themselves as a sporty-type can take a shot at the floating golf green.

That’s right: grab a bucket of balls and work on your drive while the other matches merlot. Score a hole-in-one and you’ll be in the running for $1000 in prizes – and a sure-fire chance for a second date. 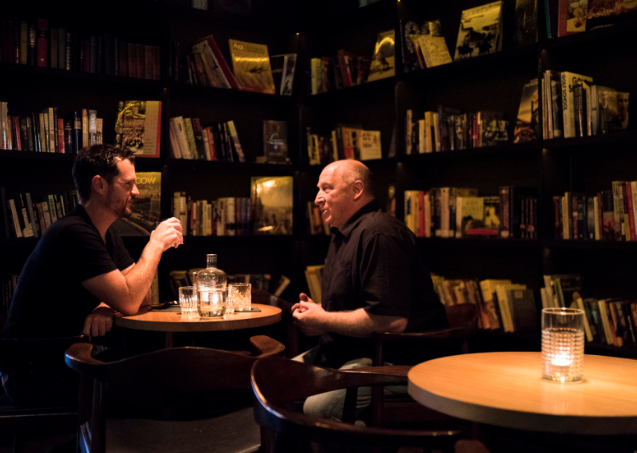 They love curling up with a novel, you prefer Negronis

When Moscow-born couple Roman and Marina Tazhdynova were looking at opening a business in Adelaide, they didn’t let opposing interests come between them. They opened The Bibliotheca Bar & Book Exchange on Gresham Street.

“It all started with my wife and I,” says Roman. “I love bars and [she] loves reading so we just decided to combine the two. I don’t think there are any other places in Adelaide that do what we do.”

With more than 100 whiskies and 40 gins behind the bar, take a leaf out of Roman and Marina’s book. Sip a high-end spirit at the bar while your partner peruses the bookshelf, before reuniting to talk tall tales. 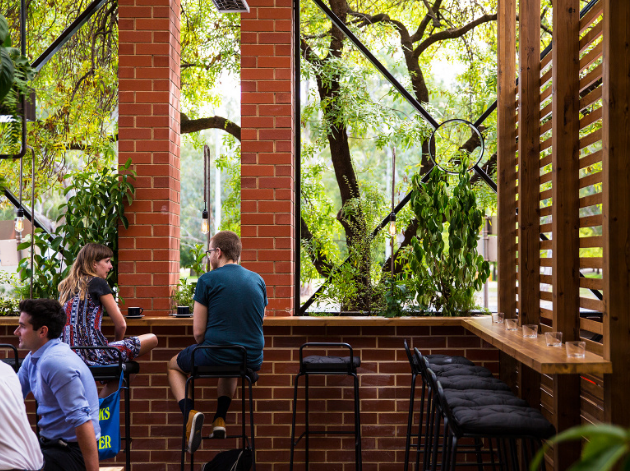 You love a floppy-eared Dalmation, they’re a double-shot latte type

Who doesn’t love dogs, coffee, or dogs with their coffee? Greenhill Road’s Whistle & Flute ticks every box. What was once a stock-standard foyer in the Business SA building is now a greenery-laden cafe with a list of “stimulants” headlined by roaster Five Senses. That’s the coffee aficionado taken care of.

While it might be serious coffee business on the inside, there’s a puppy party happening in the courtyard. While we don’t condone the wolf whistle, the Unley cafe’s “woof whistle” is a welcome exception. It’s the tongue-in-cheek handle for their dog-dedicated Instagram page.

Don’t despair if you and your date don’t have your own canine companion. Chances are someone else’s will be in search of a scratch. 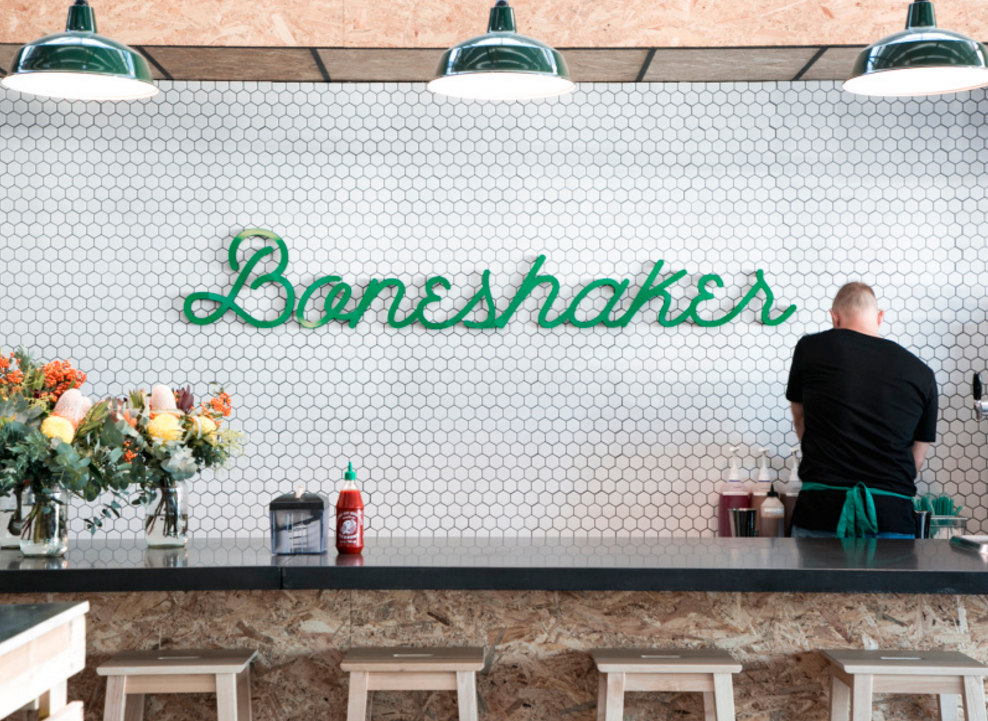 “We work hand-in-hand in the sense that you have to have something [to eat or drink] after you ride,” says Boneshaker co-owner Billy Petropoulos. Read between the lines and you can see another option. While you sit trackside in a gutted yellow school bus having lunch, your significant other can tear up the half-pipe before joining you.

Boneshaker’s street-food menu is “American-inspired and influenced,” says Petropoulos, “but we’re not an American diner.” Think produce-driven burgers with sweet potato fries or crispy golden tater tots. And, if everything goes well on the skate park, no shaken bones.