North Adelaide’s Hawaiian kiosk has made a sea change. 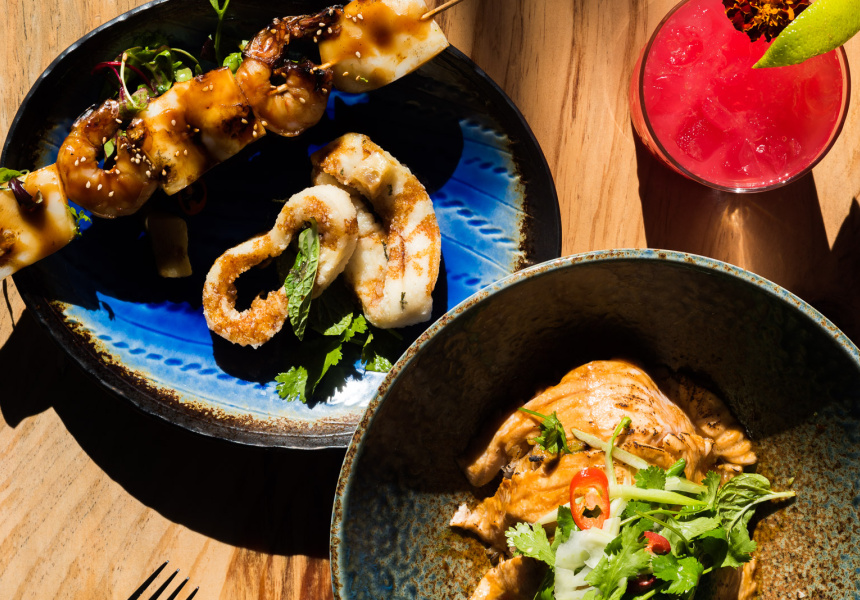 When Walter Ventura and Sarah Howell (Mexican Society, Cliché, Hispanic Mechanic) opened Beach Bum Hawaiian Kiosk on O’Connell Street in 2016, they turned a few heads. North Adelaide isn’t exactly known for its seaside vibe. But the fresh combination of Hawaiian street food remixed through Japanese and Mexican influences quickly established Beach Bum as a standout amid other venues on the strip.

Now the pair (and partners) is riding that wave all the way to the sands with a new site on Brighton Road. “There is nothing like it around the area,” Howell says. It seems Beach Bum’s appeal is as much about being different as it is about being delicious. “The combination of cuisines is really interesting,” she says.

Chef Nathan Liu (Gin Long Canteen, Mexican Society) and most of the other staff are coming along for the ride. The venue is bigger than the North Adelaide site (it seats 125 people) and will offer all its bestsellers – poke, fish tacos, burgers and bento boxes, plus a couple of new dishes. One of the latter is the Big Island Plates, which Howell describes as, “Grilled lamb rump or scotch fillet served with a plate of tortillas and different salsas [so you can] make your own soft tacos.”

Howell and Ventura have again enlisted designer Alana Cooke (Mexican Society, Reuben Hills, Seven Seeds, Bondi Hall), though the space is vastly different to the original. The bright blue food trucks that acted as bar and service point have been traded in for more natural tones such as timber panelling and woven light shades. It's Beach Bum, grown up a bit. “We pulled from some of the design elements at North Adelaide, but it’s mark two,” says Howell.

The O’Connell Street site has already transformed into one-dish pop-up restaurant Spaghetti Crab. It will operate under the stewardship of the Ruby Red Flamingo crew for a short time before a new venue moves in. Keep an eye on Broadsheet for details. 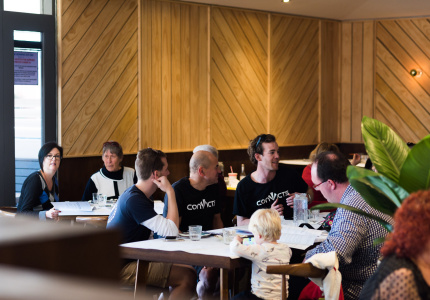 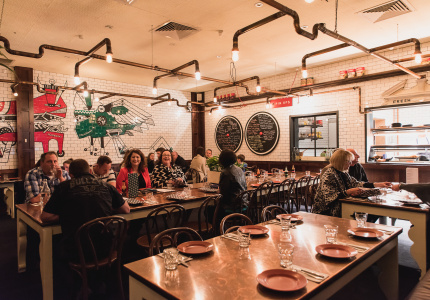 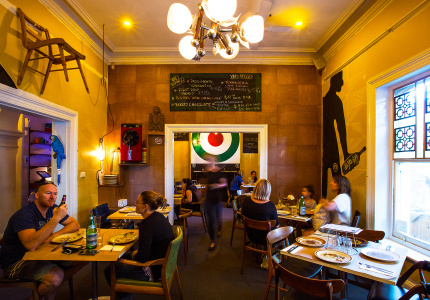