The breezy North Adelaide diner has moved into the CBD. 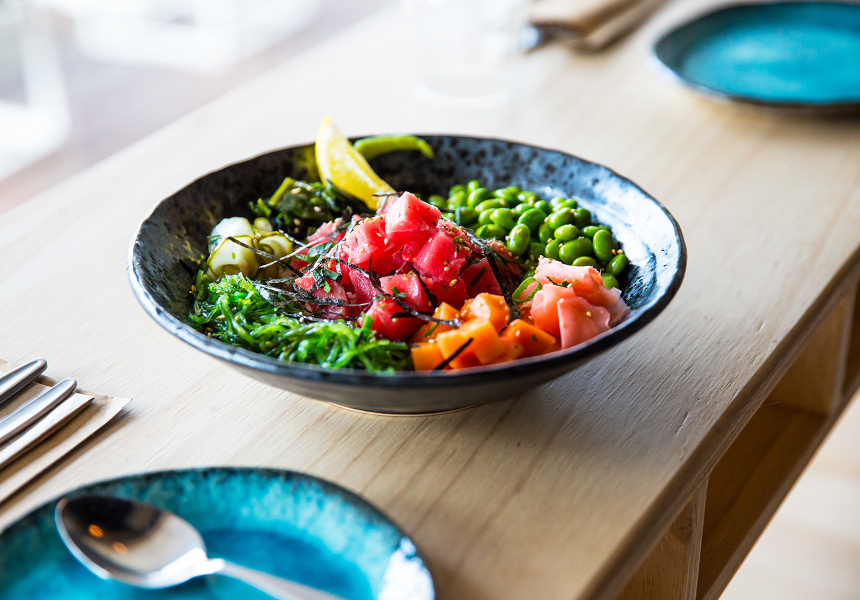 Walter Ventura's Latin American restaurant United Latino Cocina (ULC) is no more. “We’re not at liberty to say what’s next for the space,” says business partner Sarah Howell. But she assures Broadsheet something exciting is cooking. “Watch this space.”

In the meantime, the team from North Adelaide's Beach Bum (lead by Howell) has swooped on the site for a summertime pop-up like a gull on hot chips.

Concealed down a quiet alley off Rundle Mall, the venue doesn’t exactly scream “seaside kiosk”. But with sun beaming in on the open kitchen and a few beach-y knick-knacks strewn around, the place is breezy, bright and fun.

The Beach Bum pop-up is open for lunch only from Monday to Friday. The menu is Hawaiian-Japanese and borrows a bunch of popular dishes from its O’Connell Street parent. There are fish tacos; salt and pepper squid burritos; a coconut chicken salad; rice bowls; and two types of poke – traditional Hawaiian and sashimi style. Each section of the menu also includes a vegetarian or vegan option. “We like to see it as the sort of food you eat when you’re away on holiday,” says Howell.

The pop-up will wrap-up in February or March next year.