Two years on the road and around the world with OzHarvest founder Ronni Kahn. 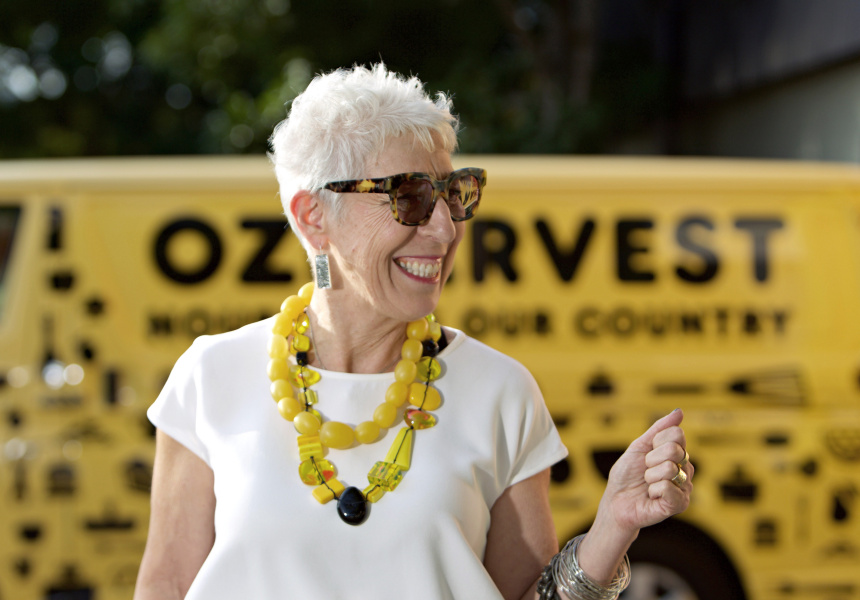 I hope you’re sitting down. The statistics about food waste in Australia aren’t pretty. According to government estimates, food waste costs the country’s economy $20 billion every year. This translates to more than 5.3 billion tonnes of food wasted annually by homes, industry and commercial businesses. An Australian household, on average, wastes 16 per cent of the food it buys, at a cost of $1,050 a year. In short: Australia – and the rest of the world – needs to start changing its habits.

OzHarvest founder Ronni Kahn is one of the movement’s leaders locally. Established in Sydney in 2004, where it delivered 4000 meals in its first month using a single truck, OzHarvest has to date delivered 80 million meals around Australia while simultaneously saving 27,000 tonnes of food that would have otherwise been thrown away.

Filmed over two years, the new documentary Food Fighter follows Kahn as she travels Australia and the world in a bid to combat food waste and feed the planet’s hungry. For director Dan Goldberg, the project initially started as a look at the issue in Australia with Kahn as its protagonist, but, as the saying goes, things escalated quickly.

“I had an inkling that Ronni [Kahn] would make for terrific talent, but had no idea she would embark on a global crusade, or that her private life would be rocked by such turbulence during the two years of filming,” says Goldberg about the documentary that was originally titled Waste Nation. “In the process, we captured an unfolding story including the machinations of how a small Australian charity became wed-locked with British royalty and, as a result, became temporary bedfellows with Jamie Oliver’s juggernaut.”

Particularly poignant are the scenes shot in South Africa, a homecoming of sorts for Kahn who, in her own words, fled the country because she wasn’t “brave enough” to fight the Apartheid regime.

Food Fighter screens in Adelaide on Monday June 11 at Event Cinemas, Marion. The screening will be followed by a Q&A with OzHarvest founder Ronni Kahn and director Dan Goldberg. Tickets are available online.