The Lunch Files: Argo on the Parade’s Za’atar Bagel

In partnership with Philadelphia cream cheese, we’re working with some of our favourite cafes to create unique lunch dishes. Argo on Parade have come up with a tasty Lebanese twist on the bagel. The Za’atar Bagel, Argo on the Parade Argo on the Parade 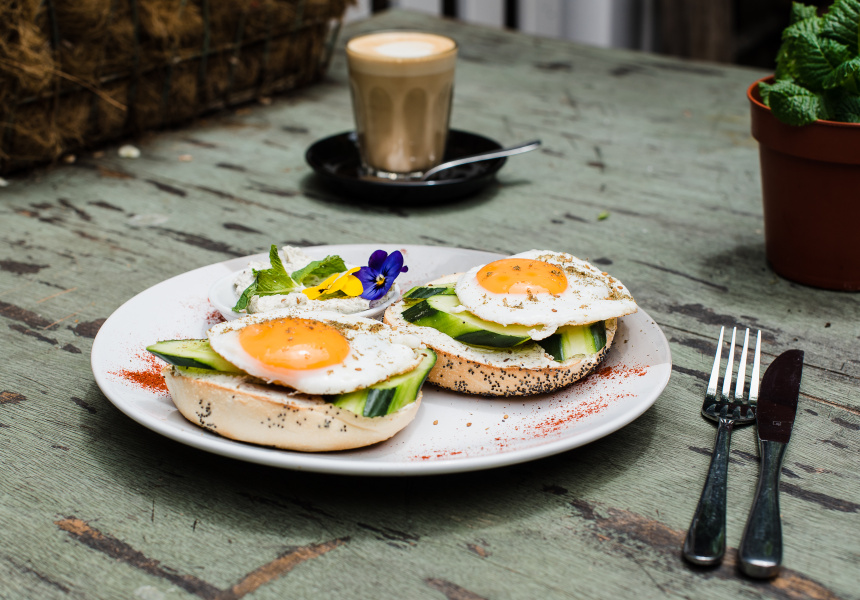 The Za’atar Bagel, Argo on the Parade

Norwood cafe Argo on the Parade prides itself on being inclusive. “Our values are community, growth, family, innovation and care,” says owner Daniel Milky. “That translates to everyone. We’ve got computer chargers on both sides of the shop and laptop plugs for workers. It doesn’t matter what you need to do here as long as you’re respectful.”

It’s this kind of approach that sees Argo’s two locations, Argo on the Parade in Norwood and Argo on the Square in the CBD, both regularly packed with customers. “Stop assuming you know what the customer wants,” says Milky of his success. “Just start listening to them.”

The inclusivity extends to staff. The cafe’s latest creation, The Za’atar Bagel, was developed by team member Helen La at Argo on the Parade. Milky says La was just one of many staff members who contributed recipe ideas. “It’s not just the chefs,” he says. “A lot of the really good recipe suggestions for this dish came from floor staff.” The bagel combines traditional Lebanese za’atar with Philadelphia cream cheese. This is spread on a halved bagel with a layer of sliced cucumber topped by a fried egg. The silky-smooth cream cheese acts as an ideal carrier for the heavily spiced za’atar.

It’s a simple dish, says Milky. But a few tips are important for getting it right.

“Don’t buy your za’atar from a supermarket,” says Milky. “Traditionally, za’atar is quite a strong flavour and the real stuff comes from Jerusalem. The ones from the supermarket are an inferior blend.” He suggests sourcing it from Adelaide Lebanese Bakery in Thebarton.

Milky says the dish is light and easy to eat. “And healthy, with fresh cucumber and the lean protein in the egg to keep you full. And the smooth, creamy texture of the Philadelphia cream cheese works well with the spiced za’atar.”

Update: This item is no longer available in-store. Here’s how to make Argo on the Parade’s Za’atar Bagel at home.

Argo on the Parade’s Za’atar Bagel
Serves one

To serve, spread bagel with Philadelphia cream cheese mix, add a layer of cucumber and top with fried egg. For added kick, dust with paprika.