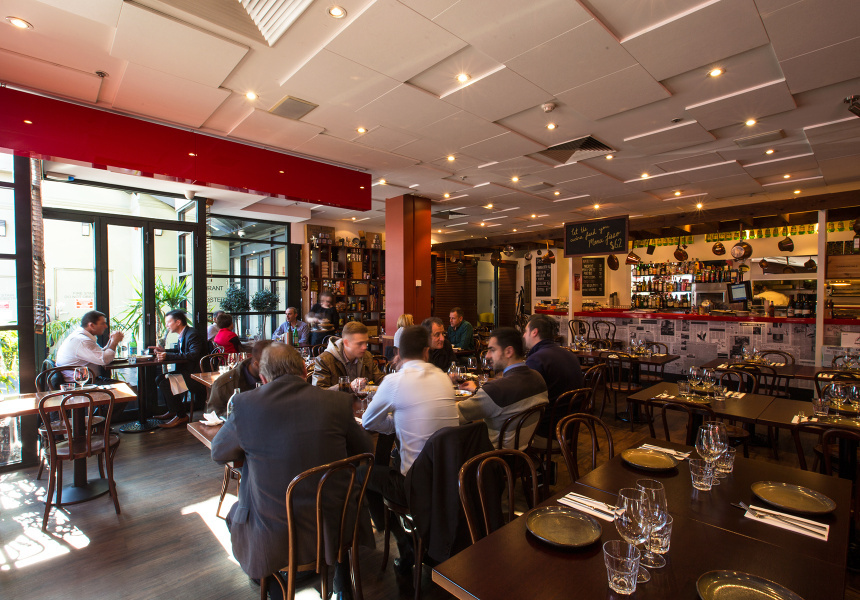 Andre’s Cucina & Polenta Bar has closed after 10 years. The longstanding venue had its last sitting on Saturday December 28.

The restaurant was the first for star chef Andre Ursini, who made his name on Masterchef before building a legacy at the cucina and polenta bar. He has since gone on to open Orso, Willmott’s Gastronomia next-door and multi-dimensional culinary concept Villetta Porcini in the Adelaide Hills.

“After 10 years we decided to not renew our lease,” he tells Broadsheet. “It’s a logical progression for us. We celebrated the last night internally as a really successful 10 years in such a notoriously difficult industry. It was a special place. It had magic in there. And to finish on top is testimony to what a great little business it was and to the people we employed over those years.”

“I’m pragmatic and … after 10 years in the industry you can become a bit numb, so I thought it wouldn’t affect me but then I was in some weird form of mourning. But I’ve come full circle because the fact is we finished strong.”

Ursini will now focus his attention on his other projects. “I have no operating partners – I’m a sole owner – and to be honest Orso is an absolute beast that needs undivided attention,” he says.

To put the restaurant’s longevity in context, Ursini points out that his head chef at Orso, Will Doak, was just 16 when Andre’s opened. “It was the building blocks of my career,” he says. The bustling but intimate atmosphere at Andre’s was a throwback to Ursini’s upbringing – big family meals of nibbles, pasta and a protein to round it all out – with a focus on the shared-plate experience, which was rare at the time

The restaurant was, according to Ursini, the first to introduce the chef’s menu (or menu fisso), which was a new concept for Adelaide diners back in 2010. The idea of a restaurant centred on polenta also raised a few eyebrows when it opened.

“No one in their right mind would have thought polenta was a concept,” says Ursini. “But we tapped into some magic. And it lasted. That first year a lot of people were doubting the concept. But it rang true. I never thought we’d see through the hot Australian summers, serving hot, soft northern Italian mountain region polenta.”

Rest assured, some favourite dishes will transition to the Willmott’s menu. “The beef carpcaccio dish was on the menu for nine years … so that will make its way to Willmott’s [along with] the bagna cauda [seasonal vegetables served with crostini and a warm pot of anchovy dipping sauce] and a couple of the polenta dishes.”

Ursini also promises a “reincarnation” of Andre’s Cucina down the track. “Ten years of customer goodwill will not be pushed aside. It will be reincarnated in another establishment, and I’ve got a few ideas. But I’m looking forward to concentrating on Orso, our catering company and Villetta Porcini this year. Because I’ve got three children under six as well.”

The Andre’s Cucina catering company will continue, and Ursini will this year introduce a catering arm for Orso.