The man behind Andre’s Cucina and Orso is curating a sit-down festival dining experience in the middle of Botanic Park. 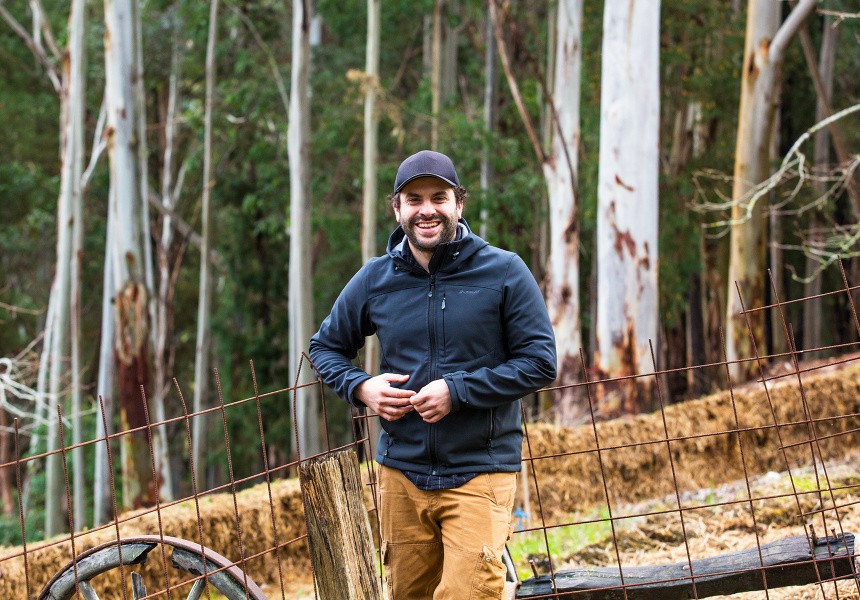 Every two years Womadelaide recruits a local culinary identity to helm its Taste the World Restaurant in Botanic Park. Here, festivalgoers can trade in paper plates and plastic cups for a sit-down meal with all the niceties: table service, crockery, cutlery and glassware.

He’s the man behind Andre’s Cucina & Polenta Bar as well as the newly opened Orso and Willmott’s Gastronomia in Rose Park. “I suppose [Yeow and her team] are passing the baton on to us,” Ursini says. “So we’ve got some big shoes to fill.”

“[Womad] is one of my favourite events, and it’s a pretty special one for Adelaide,” he says. This is Ursini’s first time cooking at Womad, though his pop-up Mangia Mangia is a part of the furniture at other festivals across town.

“Orso and the Polenta Stars” is the name of his Taste the World Restaurant. “It will be a mix of all the different cuisine styles we’re doing across the two [restaurants],” he says. Home-style Italian comfort food meets contemporary European bistro.

The team from Willmott’s Gastronomia, Orso’s next-door deli-bar hybrid, will run an on-site bar. They’ll be shaking up a cocktail with orange marmalade made at Ursini’s 20-acre agricultural property in Mylor.

Ursini anticipates a mammoth 1500 covers over the festival’s four-day run, with dedicated daily sittings for lunch and dinner. Pre-booking is your best bet. But there will be some spots reserved for those “who are just walking through the park and see that you can sit down and have a nice glass of wine – from an actual wine glass”, Ursini says.

Womadelaide runs from March 8 to 11 at Botanic Park. Book a place at Andre Ursini’s Taste the World Restaurant online. Diners must have a ticket to Womadelaide 2019.