Skip the food trucks (for a day at least) and enjoy a sit-down, six-course meal with table service – from one of Adelaide’s most popular chefs and restaurateurs. 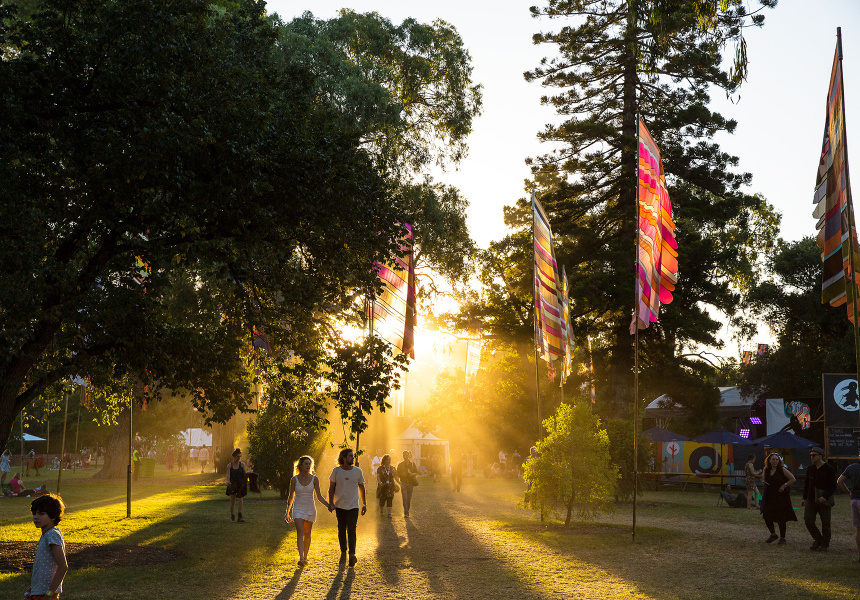 Andre Ursini’s polenta bar may have closed but you’ll still be able to sample the northern Italian staple that made the chef’s name at his Womadelaide pop-up next month.

“There had to be polenta [on the menu],” Ursini laughs. “It follows me around, polenta, so we’ve got a beautiful orange polenta cake for dessert.”

The dessert in question is served with lemon thyme, vanilla mousse and summer berries and is one of six courses at Orso and the Polenta Stars, Womad's Taste the World restaurant in the heart of Botanic Park. Here, festivalgoers can trade in paper plates and plastic cups for a sit-down meal with table service, crockery, cutlery, glassware, and a full wine list.

“We’ve gone Italo, Euro and Moroccan and we’ve mashed it all in together,” says Ursini. The menu is a continuation of what he delivered last year when he successfully combined the cuisines of his then two restaurants, Orso (contemporary European) and Andre’s Cucina & Polenta Bar (home-style Italian).

“It needs to be in the spirit of the event,” Ursini says, which means generous, vibrant food with big flavours and a lot of people. The restaurant is expected to serve between 1200 and 1300 diners across its four days (Friday March 6 to Monday March 9).

Orso and the Polenta Stars will also deliver a bit of Georgian spice – courtesy of Georgian choir, Iberi – on the Friday night. The group will present a seven-course feast including traditional dishes such as khachapuri (cheese-filled bread), eggplant rolls, lobio (kidney bean stew) and ajapsandali (vegetable stew).

“We’ll be cooking with them, and they’ll be teaching us the ins and outs of their recipes, and the dishes,” says Ursini. One of the dishes, pkhali (spinach balls with walnut and pomegranate), will remain on the menu over the festival’s four-day run.

The team from Willmott’s Gastronomia, Orso’s next-door deli, will run a pop-up bar next to the restaurant.

Ursini is the third South Australian cooking identity to take control of Womad’s Taste the World restaurant following Jock Zonfrillo (2015 and 2016) and Poh Ling Yeow (2017 and 2018). The latter two are part of this year’s revamped MasterChef with new hosts (including Zonfrillo) and former contestants (including Poh). Ursini, who was part of MasterChef’s first season, was asked to return but “respectfully declined”. “But I’m cheering on my good friend Poh,” he says.

Womadelaide runs from March 6 to 9 at Botanic Park. Book a place at Andre Ursini’s Taste the World Restaurant online. Diners must have a ticket to Womadelaide 2019.