Saudade, the Home of Adelaide's Real-Deal Portuguese Tarts Has Moved

But you don’t have much further to go. 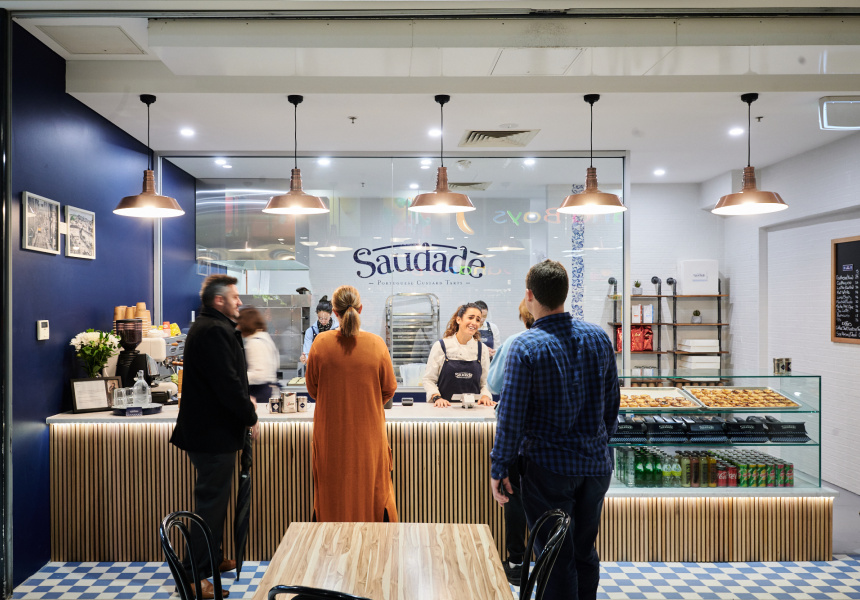 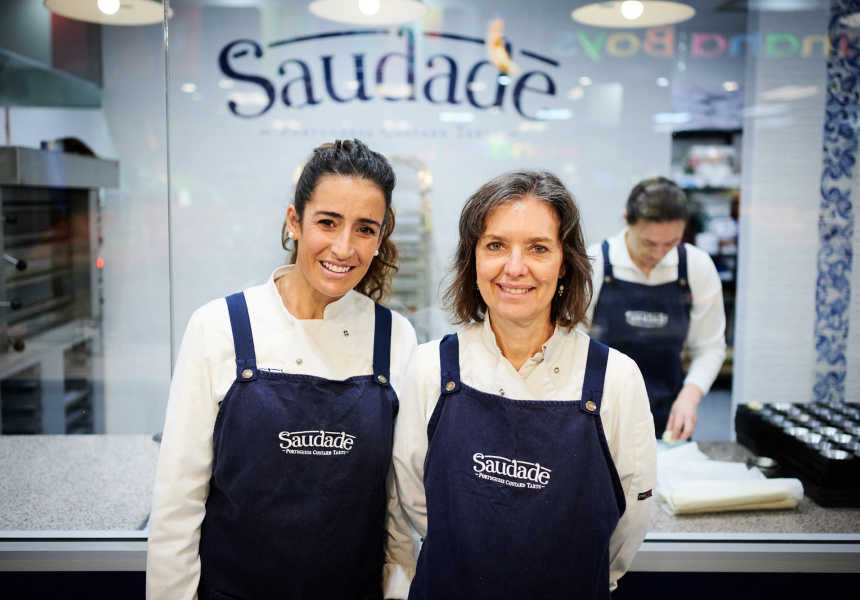 When there’s only one item on the menu, it’s gotta be good. Saudade’s pastéis de nata (Portuguese custard tarts) more than meet that brief.

Following a couple of Central Market pop-ups in 2017, its Portuguese-born owners – couples Carla and Miguel Alemao, and Mafalda Azevo and Joao Valle – opened a bricks and mortar store in January 2018 at the rear of Mitcham Square Shopping Centre in Torrens Park. That closed quietly last week while the team prepared to move to a former poultry shop inside the centre.

Despite the tarts’ wild popularity, the team was still finding there were people who shopped in the centre regularly who didn’t know they were there. Its new location, which opened on Friday, puts them in pole position.

Compared with the old shop, this one isn’t too much bigger (if you’re talking square metres), but its rectangle shape and sprawling benches are better for workflow. Wasted spaced was an issue in its tight, oddly shaped predecessor.

Marvel at the tart-making magic through huge panes of glass behind the counter. While we chat Alemao and Azevo press hunks of pastry into tart tins. In the corner is a Portuguese-imported, tart-specific oven with a necessary 400-degrees-Celsius capability (most Australian ovens max out around 250).

The top-secret recipe, tweaked with local ingredients, comes from one of Lisbon’s biggest-name bakeries (Valle is friends with the owner). And it shows: the pastry is impossibly flaky, the top is perfectly blistered, and the custard is creamy as hell. Mention the tarts to anyone acquainted with them (this writer included) and it will often elicit a blissful eye-roll.

I ask how many they could churn out at the old shop. “Enough to be able to move into somewhere bigger,” Alemao says, with a knowing grin. “We could do double in here, easily,” Azevo adds.

That means more catering and wholesale orders (which they held off on for a year while finding their feet). Look out for the tarts at cafes such as Hark in Malvern, Octeine in Kent Town and The Seller Door in Brighton. 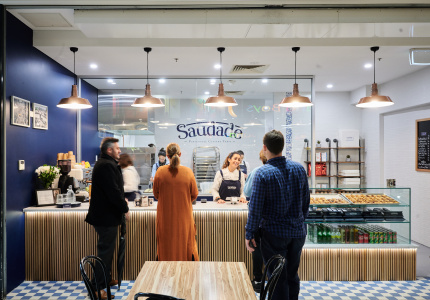