From bao to bagels, Adelaide is breaking tradition this Easter. 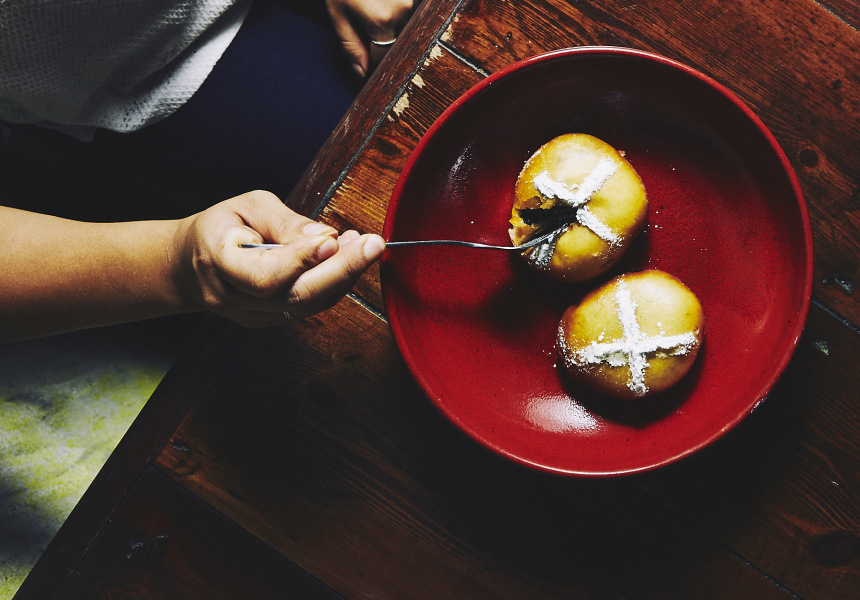 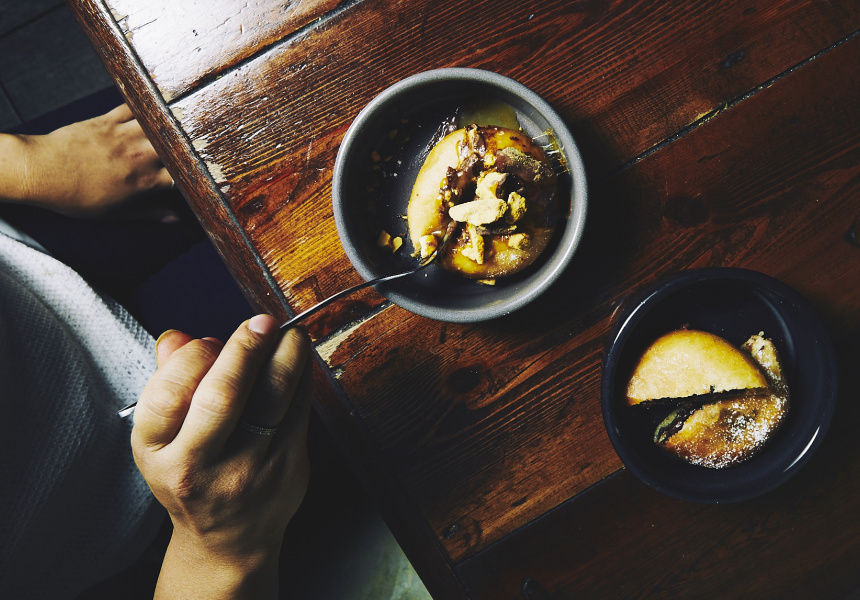 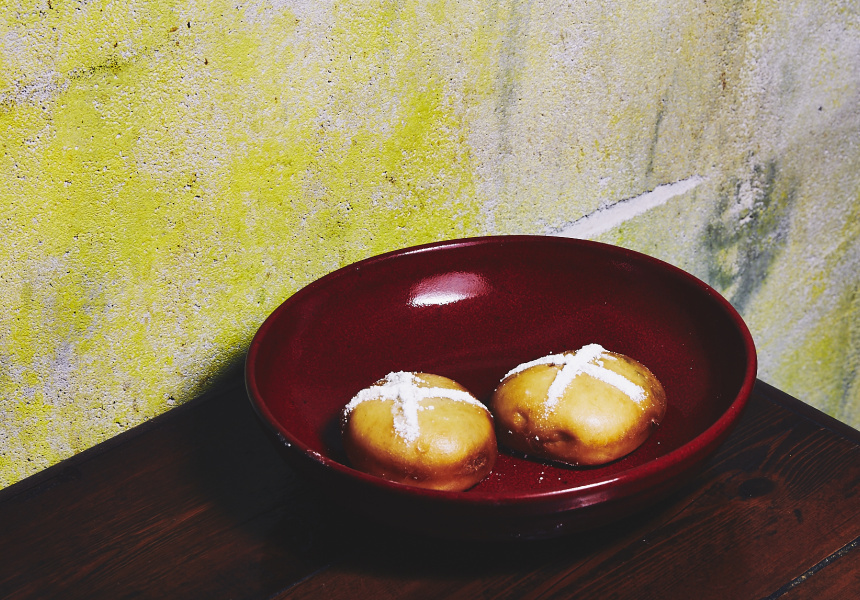 Nothing says Easter like the spiced sweetness of a hot cross bun – especially when it’s toasted and smothered with butter. But with fruit or without isn’t your only choice anymore. These Adelaide food spots have developed distinct spins on the centuries-old Easter treat.

Sit Lo’s Nutella Hot Cross Bao
Sit Lo’s pillowy baos are usually stuffed with soft-shell crab or panko-crumbed fried chicken, but Easter brings out their sugary sibling: the hot cross bao. It’s filled with Nutella then deep-fried (instead of steamed, like the savoury bao). Easter Thursday is the last chance to get your hands on one (or two).

Abbots and Kinney’s “Hot Cross Punts”
One of Adelaide’s biggest names in baking is sticking to a classic bun recipe but mixing up the presentation. “You still get the candied peel, sultanas and currants … but it’s in the shape of a footy,” says Abbots and Kinney’s owner Jonny Pisanelli. The oval buns are topped with laces instead of crosses. The “Hot Cross Punts” are available on Easter Thursday and Saturday.

The Beigelry’s Hot Cross Bagels
Topham Mall’s The Beigelry is one of Adelaide’s only dedicated bagel shops. The team is rolling out fresh hot cross bagels until Easter Thursday. They’re made with the same fruit-and-spice recipe as a hot cross bun, but hand-rolled, boiled and baked like a bagel. Try one toasted with butter or just eat as is.

Third Time Lucky Coffee and Devour Cafe Patissere’s Hot Cross Doughnuts
Third Time Lucky and its older sibling Devour take their doughnuts very seriously. The hot-cross-bun-inspired doughnut is made with spiced dough and filled with cinnamon custard. It’s dusted in cinnamon sugar and iced with a cross. Available on Easter Thursday and Saturday.

Haigh’s Hot Cross Bun Chocolates
As the oldest family-owned chocolatier in the country, Haigh’s has had a monopoly on the Easter trade since 1915. Its current range features hot-cross-bun-flavoured chocolate: a fruit-and-spice fudge centre coated in premium dark chocolate and finished with a white cross. Available in-store only.

Kytons Bakery’s FruChocs Hot Cross Buns
When two family-owned South Australian businesses, Kytons Bakery and FruChocs manufacturer Menz, teamed up for a radio stunt six years ago, they hatched up something worth continuing: the FruChocs hot cross bun. In place of the usual fruit or choc chips, Menz’s chocolate-coated apricot balls are baked into the bun. 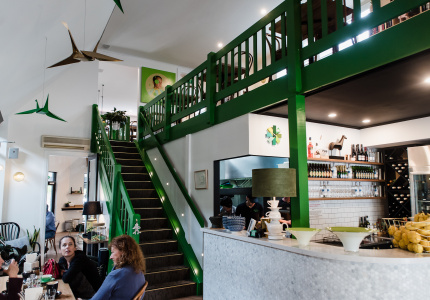 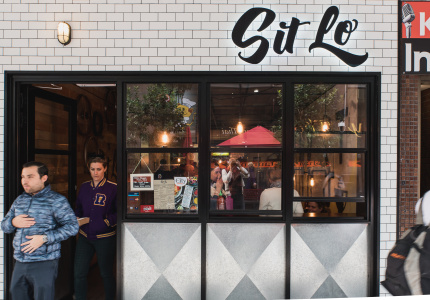 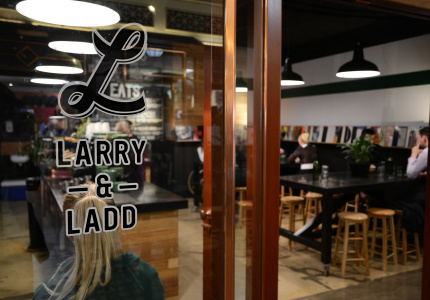