Big-name chefs have added to their repertoire, or shifted kitchens, and first timers have given us something new to sink our teeth into. 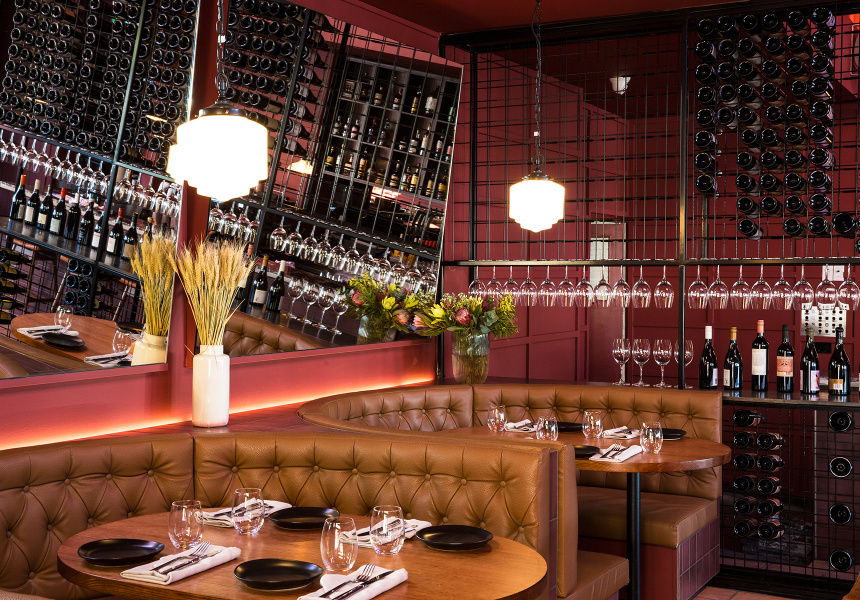 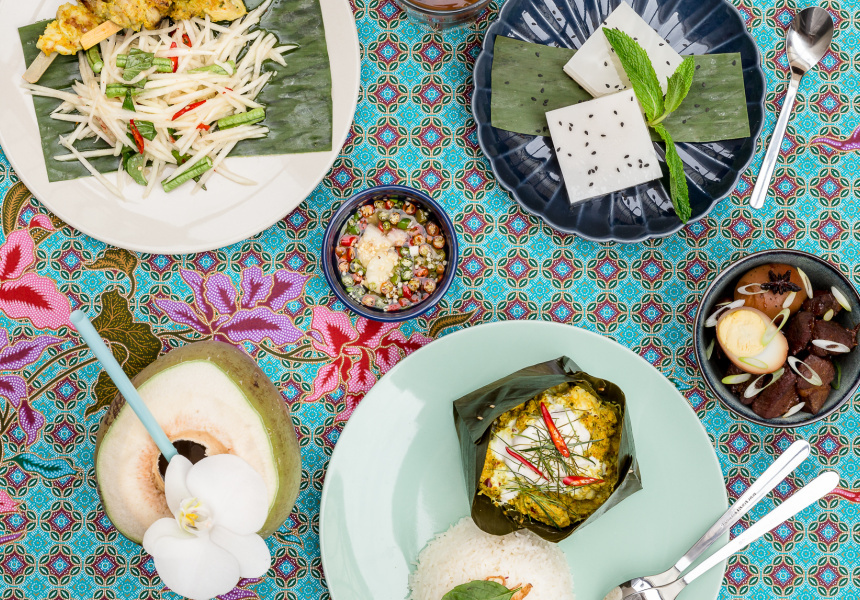 A baby-blue-tiled Mecca for Korean fried chicken; “contemporary European” by an Adelaide chef best known for home-style comfort food; and a pint-sized yakitoriya modelled on those that blanket Japan – this year’s most impressive openings have been varied, consistent and notably not-pizza-heavy.

Here’s a round up of the very best.

From the minds behind Gin Long Canteen, Concubine, and Myth, Bai Long Store is an ambitious modern-Asian restaurant with serious design cred. Chinese, Korean and Japanese dishes are served from morning to night. The dinner menu is split in two: vegetarian and not. Order the eggplant with Guinness batter and Sichuan caramel, times two. There are six teas sourced exclusively by Master Foo (a traditional Taiwanese tea master). The “store” sells Bai Long-branded tea, dry noodles, granola and more.

SeaSalt is a nod to the retro fish and chippers of the ’70s. But that’s underselling it. Here, your fish’n’chips are Asahi-tempura-battered Coorong mulloway and crunchy house-made Daisy potato chips, skin on. A strong Japanese influence ensures seafood is clean and punchy. You’ll also find Singaporean chilli fish wings with Szechuan pepper; whole fried nannygai with black-pepper sauce and savoury doughnuts; and mud crab (give 24 hours notice for the latter). A recently launched brunch menu features Ortiz anchovy soldiers, sardine bolognaise and breakfast cocktails. Your local fish-and-chip shop, this is not.

Andre Ursini’s new “contemporary European bistro”, in a bluestone building on Kensington Road, has been two years in the making. The grand design feels worth it: thick-cut marble benchtops wrap around the open kitchen; there’s intricate, Venetian-style plastering in the dining room. Ursini’s been “the polenta guy” since he opened Andre’s Cucina & Polenta Bar eight years ago. Here, it’s banned. There’s larger-than-usual rabbit-filled gnocchi, fish slathered in Ciao XO (Ursini: “It’s like an XO sauce, but made with Italian ingredients.”), and a refined, Sunday-only brunch. Find subtle touches of his 20-acre Mylor agricultural property on the menu.

A rapid reno earlier this year turned Shobosho’s ground-floor booths into a pint-sized yakitoriya, bringing the theatricality of the open kitchen to street level. Your food is cooked, plated and passed over by the chef, who also pours your drinks. It’s modelled on the yakitori bars that populate the streets of Japan. Enjoy a smoky procession of skewered bites of chicken breast, tsukune, nine-score Sher Wagyu and more. It’s meat on sticks, mostly – available in three tailored set menus. Plus dumplings, ramen and a no-frills beef sando. The neck-to-tail dining includes cuts of offal such as liver and heart; the bones are used to make the ramen broth. “If you’re going to die for us, we’re going to make sure we use everything,” says chef Adam Liston. Pair your meal with sake, Asahi, or Suntory whisky highballs, which are all on tap. Shobosho’s full drinks list – with wine service – is also available.

This baby-blue-tiled spot channels the ubiquitous chimaek (a portmanteau of “chicken” and the Korean word for beer, “maekju”) shops found through South Korea. Here, it’s all about fried chicken and cold beer. A whole bird is the minimum serve, so order accordingly. Expect 14 piping hot pieces piled up and dripping in your sauce(s) of choice: hot and crunchy, “secret”, sweet and spicy, or soy-garlic. More divisive is the Panko-crumbed, deep-fried Spam fries with Sriracha mayonnaise. Umami fries with teriyaki sauce and bonito flakes are a non-canned alternative. Coopers pale and session ales flow on tap, and Korean beers Hite and Cass lead a bottled list. Korean liquors such as soju and makgeolli (a lightly sparkling traditional rice wine) feature in “spin-offs” of traditional cocktails.

By some definitions you could call Charlick’s – Oliver Brown’s (NOLA, Anchovy Bandit) new restaurant – fine dining. Artful and intricate dishes feature element upon element – such as walnut emulsion, fermented leek gel and black garlic “leather”. The technique-heavy approach is inspired by chef Blake Drinkwater’s time at institutions such as Dinner by Heston, Attica, Noma, and Orana a couple of doors down. But zoom out from your meal and Charlick’s is more friendly neighbourhood bistro than high-end restaurant. There are rustic homey dining tables and chairs, wooden chopping boards hanging from the wall and native blooms strewn about the place. In fact, it feels a little bit like your mum’s kitchen – if your mum had a killer natural-wine collection.

The north-west has long been synonymous with Adelaide’s best Vietnamese food. And competition is stiff. But on an otherwise unremarkable street in Woodville Gardens, Q Viet is serving some seriously accomplished food. Ownership ties together four Vietnamese families who supplement ubiquitous classics with home-style dishes that are less so. There are six variations of pho, “Vietnamese gumbo”, broken-rice dishes and more. For dessert, there’s fried ice-cream, and pandan panna cotta.

If Herringbone’s owners are adamant about one thing it’s that their Halifax Street restaurant won’t merely reflect the sum of its parts. The formula? Peel St co-owner Ben McLeod and former Stone’s Throw head chef Quentin Whittle and manager Paul Tripodi. Herringbone is its own beast entirely. “We don’t want to draw from the past too much,” says Whittle. Starters might include fried Ortiz anchovies in herb crumb or Hiramasa Kingfish sashimi. For something bigger, you might get slow-roasted lamb shoulder with smoky eggplant or roasted cauliflower with mejadra (a Levantine dish of lentils, rice and onion) and hummus. Of around 30 wines most are local. Those looking for a different kind of kick can get D’Angelo coffee from 9am before the kitchen opens at midday.