We’ve got nothing against a cheeky yiros or drive-through burger, but there are plenty of other worthwhile options after 11pm. Especially if you want to eat in. Here are our go-tos, from 24-hour pies to salt-and-pepper eggplant, woodfired pizzas and cheese platters. 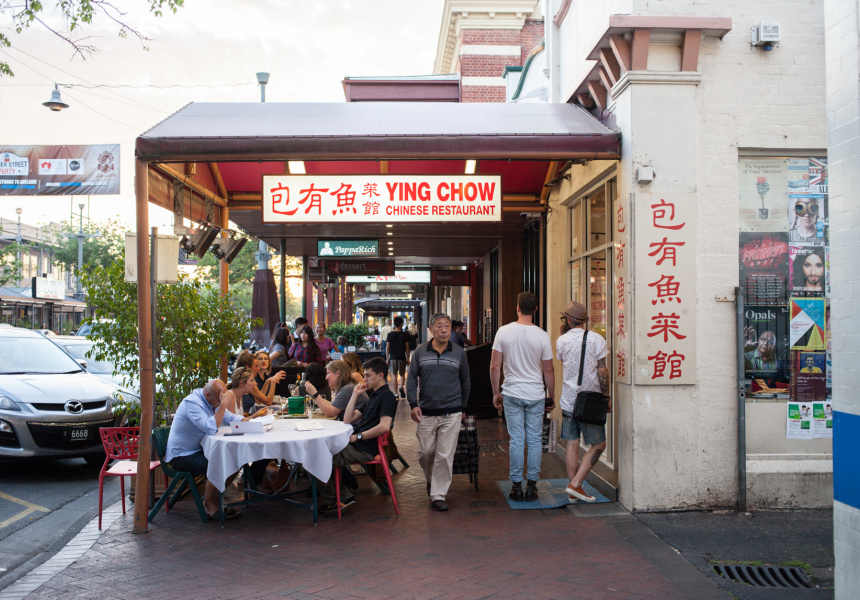 Adelaide may not have the glut of all-hours meals of bigger cities, but dig a little deeper and you’ll find a crop of tireless venues burning the midnight oil to keep late-night diners fed, from chefs and bartenders after a shift, to groups of revellers who want to keep the party going. Here are some of the best.

You haven’t lived until you’ve tried East Taste’s salt and pepper eggplant. If you have, you know that’s reason enough to venture to Gouger Street for a cheeky midnight snack. There are also classics such as BBC (bean curd, broad beans and Chinese chutney) and shallot pancakes. Since opening in 2003, the beloved restaurant has maintained a steady flow of customers through the doors, and its near-unrivalled opening hours have it firmly established as an Adelaide institution..

You don’t go to Ying Chow to pore over the menu. You already know what you want and it often seems like the waiters do too because the plates appear to land on your table immediately. Ying Chow is East Taste’s neighbour and rival of sorts (the debate rages on as to who between them cranks out the best BBC in Adelaide). It’s a no-frills diner that’s open until 12.45pm every night, or 1am on weekends, and you can order right up until the doors close. For those on a budget, Ying Chow will not break the bank. Money can’t buy happiness but it can buy you shallot pancakes, tea-smoked duck and cheap corkage, and isn’t that basically the same thing?

Question: Where can you get a cheese platter at 1am? Answer: Hains & Co, the west end’s nautical-themed bar that’s less novelty and more speakeasy. The renaissance of Gilbert Place has Hains & Co to thank. Pulling a very regular crowd, this low-key bar is the kind of place you want to sit, stay and forget what time it is. Come for quality cheeses, charcuterie and even cigars, paired with high-end gins and rum for your midweek nightcap.

Adelaide’s CBD has its share of late-night joints, but head just outside the city limits and your options quickly start to thin. Cue Prospect’s Anchovy Bandit. Here you’ll find a great wine and cocktail selection, woodfired pizzas and antipasti (burrata or woodfired prawns, say) until 10.30pm on weeknights (and 11.30pm on weekends). Add to that a warm and nostalgic interior of oak panels and leather booths where you can relax.

Adelaide’s vibing New Orleans-themed bar is one where you can swing by for a quick drink and quickly lose track of time. It’s little wonder: it has a curated selection of craft beers, more than 200 whiskies, Big Easy-inspired cocktails and an evolving menu of Creole and Cajun hits. The latter changes regularly but will always include the crowd-favourite fried chicken. That alone is worth the visit.

Walk up the stairs, past the faux-subway foyer to BRKLYN, the east end’s little slice of the Big Apple. A New York-style deli doubles as the bar’s kitchen and serves a tight late-night menu you can order from until 2am. Expect classic midnight-craving fare such as fries and fried pickles, plus a handful of dishes on rotation you won’t find on the main menu.

Adelaide’s OG Italian joint has old-school service (by the long-serving waitstaff) and an extensive menu with all the classics (think prawn cocktails, veal scaloppine, tiramisu and a long list of pizza and pasta). The walls are plastered with photos of celebrity diners who have graced La Trat’s tables over its 40 years. Dining alongside them have been generations of regulars and late-night diners seeking out a midnight pasta and pie.

Sunny’s keeps it simple serving pizza and “not pizza” while its DJs serve ’70s and ’80s hits. Roll in for woodfired pies and sides such as wood-roasted brussels sprouts, charred cauliflower and fried squid. The kitchen is open until 11pm during the week and midnight on Friday and Saturday. The west end favourite blurs the line between restaurant and bar, so you can pair your pizza with a rotating selection of first-rate wines, brews and cocktails.

It’s a vibe – a seedy, cheesy, nostalgic vibe, but a vibe nonetheless. Serving simple meals and classic desserts such as waffles and crepes, Spats Coffee Lounge’s Victorian-style decor adds to the cinema of your experience. The kitchen closes when the doors do, and you can usually order right up until midnight on weeknights, and 2am on weekends.

Few things can beat a classic bakery treat, so it’s good to know you can get them 24/7 at Café De Vili’s in Mile End and Blair Athol. Vili’s is part of Adelaide history, and the family-owned bakery is synonymous with the Australian meat pie. At its fully licensed cafe you can get your hands on its pies, sausage rolls and vegetarian pasties, plus Hungarian goulash and hot chips with some of the best gravy around.