There's a laid-back cafe breathing new life into a 19th-century corner store; a cafe-bar hybrid in a restored octagonal kiosk; and a friendly neighbourhood deli by the Anchovy Bandit crew. Plus, an all-day bar and cafe with a sprawling courtyard, and a coffee roastery (with Melbourne DNA) in a sprawling warehouse. 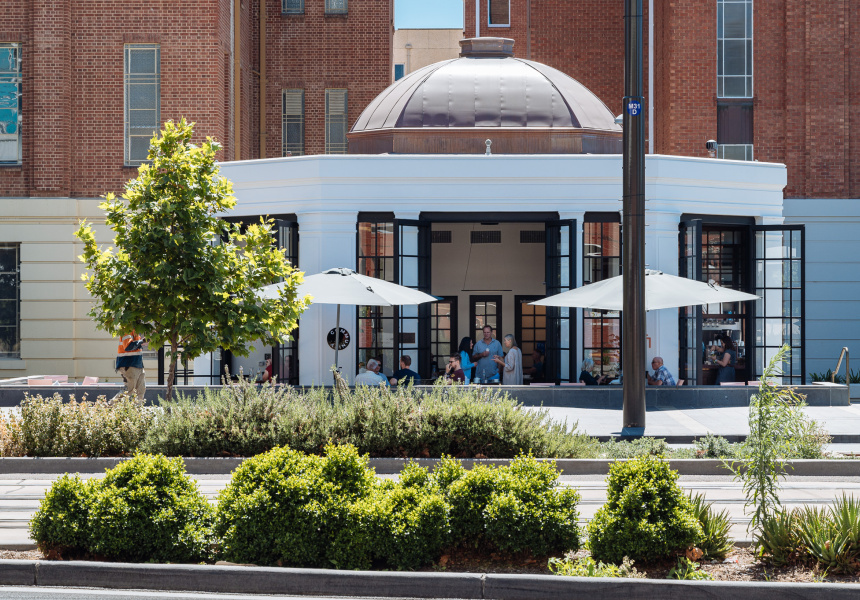 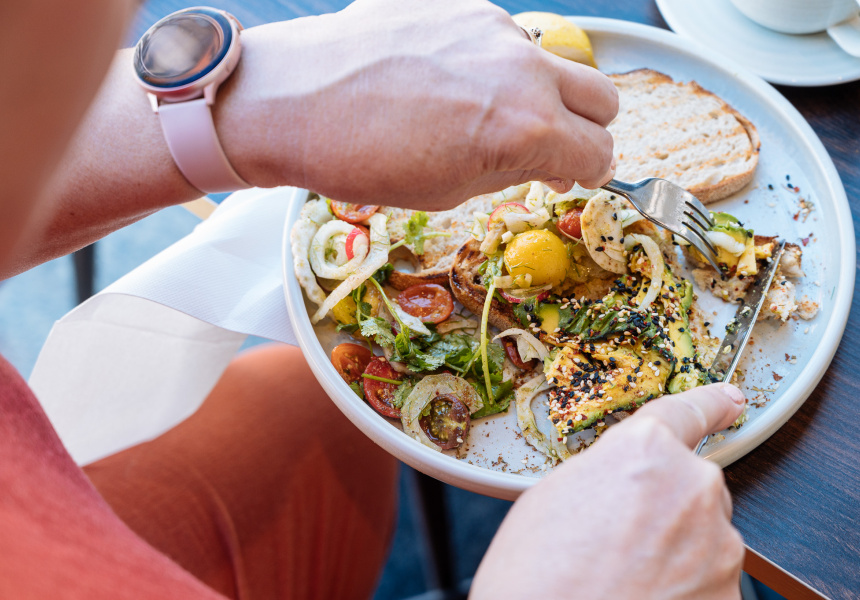 Lockwood General
The site at 35 High Street was once a general store, and the centre of life in Burnside. Lockwood General, its new iteration from the crew behind Peter Rabbit and Bloom, leans into that history. A large “providore wall” near the entrance stocks cartons of milk, cans of anchovies, loaves of bread; and house-made jams, relishes and pasta sauce to take away. The menu brings things into the 21st century with cuisine-hopping dishes such as burrata with pickled apricot, sunflower seeds and lemon balm; mushrooms with miso butter, rye and nasturtium; a beef bulgogi burger; and breakfast gnocchi. The wine list is split into “progressive”, “conventional” and “old-school classic” options (think Koerner “Pigato” vermentino, a Samuels Gorge tempranillo and a Shaw & Smith M3 chardonnay) and there’s a selection of spirits, beers and cocktails.

Coffee in Common
The first iteration of Coffee in Common opened in Melbourne in 2015. It closed in 2019 when founder Sean Do packed up and move back to Adelaide, where he linked up with long-time friend Davide "Dos" Cavuoto. Together they reopened Coffee in Common at the start of this year in a sprawling Hindmarsh warehouse. A large bar runs down the middle of the space, inviting visitors to watch the coffees being made – via the La Marzocco Modbar or manual brewing section – and ask questions about the origins of the beans, which are roasted out the back. Choose from the house blends, a rotating single origin, and a reserved coffee list for beans purchased directly from farmers (no importers involved). That’s all backed by a top food menu by chef Dieter Georg (ex-Elementary) that includes breakfast tacos, ramen and a lobster tail brioche bun.

Brid
Duncan Reid has worked as a barista at Sibling and a winemaker at Commune of Buttons. He’s also a top baker – he began selling sourdough loaves at Sibling during the 2020 Covid shutdown and the bread was a hit – so much so he’s now opened his own bakery and coffee shop, Brid (a reference to Reid's Kiwi accent) in Piccadilly. Naturally, the menu revolves around bread – loaves of Reid’s organic sourdough plus sandwiches and toasties – alongside house-baked cookies and apple pie. There are weekly specials – a Jerusalem artichoke sourdough, say, or a loaf made with spent grain from shoyu – inspired by what Reid can get his hands on. The hyper-local vibes are present in every aspect of the cafe. Ingredients (all organic and/or biodynamic) come from Hills suppliers such as Maggie’s Farm, Ngeringa and Paris Creek. And coffee is by Reid’s ex-employer Mondays.

Bottega Bandito
When the Anchovy Bandit crew acquired the site next door in 2020 they split it in two, simultaneously building a new dining room for their pizzeria and a new concept, Bottega Bandito. The latter, a Euro-inspired deli and cafe, opened in January. The menu by executive chef Shane Wilson (ex-Hentley Farm) changes regularly but stayers include a breakfast milk bun with sausage, egg, pancetta, provolone and HP sauce; Spencer Gulf prawn rolls; and sourdough focaccias featuring fillings such as sopressa, fior di latte, basil, fresh tomato and fermented chilli; and mortadella, tapenade, stracciatella and pickled zucchini. Pair them with a Dawn Patrol coffee or a brunch cocktail, like the Bloody Bandito made with San Marzano tomatoes, gin and kimchi juice.

Community
The restored Sheridan building – an octagonal-shaped former kiosk on North Terrace – is now home to Community, a cafe-bar hybrid from the team behind Fine & Fettle and the first food and beverage joint for Lot Fourteen. The Asian-inspired menu, which spans breakfast, lunch and small plates, might include blue swimmer crab scramble with togarashi butter, blackened corn and Thai basil or salmon belly poke with edamame, brown rice, wakame, avocado and ponzu. In the evenings, the menu shifts to bar snacks, but keeps the pan-Asian theme with dumplings, baos and sandos. Wines by the glass are all South Australian; Mismatch beer is on tap; and Never Never sits alongside Adelaide Hills Distillery gin, vodka and vermouth. One exception to the locals-only rule is the coffee, which comes from Melbourne.

Luna
When Broadsheet visited Luna ahead of its opening, co-owner Marina Tazhdynova (Bibliotheca Bar & Book Exchange) said she wanted to capture a “homey” feeling. Stepping inside the cafe on a busy weekday morning, it’s clear she and co-owner Olga Baranova have achieved it. “You can just join the big communal table and feel like you have a big family and you’re having breakfast together,” says Baranova. The scent of her freshly baked bread, danishes, madeleines and croissants fills the store at any given time of day. Wednesdays onwards, there’s also a full breakfast and lunch menu that might include cured salmon on sourdough; waffles and confit duck leg; shakshuka; a breakfast brioche; and baked truffle gnocchi. The cafe recently started evening trade on weekends, serving share plates, small-batch wines and bottled and seasonal cocktails.

Lady Luck
A pair of cowboy boots, bunches of sunflowers and a colourful array of fresh fruits and vegetables – Lady Luck feels like you’re stepping into owners Maddi and Taylah Cannys’s home. The siblings have created an eclectic, inviting space with a comforting menu that includes a fried chicken burger with spicy kimchi, red cabbage and aioli; leek, chive and wombok dumplings; bibimbap; and crispy chicken and waffle with honey hot sauce and slaw. A retail shelf sells works from local makers (such as ceramics from friends at Murray Bridge-based Rawart Studio, who also supply the cafe with crockery); homemade jams; and De Groot coffee. Paintings for sale from Sturt Street’s Indigenous art gallery Indigenu, plus a mural by cover the walls.

Eleven
Themys Chrissidis might call his latest venture “the little bar with big dreams”, but Eleven is no small bar (or cafe). The open-air venue, which is located in a courtyard surrounded by office buildings just off Waymouth Street, is licensed for 200 people. Chryssidis and co-owner Callum Hann have made full use of that space to create a versatile venue that caters to the morning coffee crowd (with Mitolo coffee and Abbots & Kinney pastries) as well as offering lunch, elevated bar snacks and pre- or post-dinner drinks. It will ultimately serve as a companion to their fine-dining restaurant when it opens in the same precinct later this year. For now, the team is working out of a shipping container-like kitchen. Limited prep space means the menu is tight, but with snacks such as duck-liver parfait and a lobster roll with crunchy iceberg lettuce, dill and crème fraîche, we're not complaining.