His name is synonymous with Adelaide’s best restaurants and bars. How did Simon Kardachi reach the top of the food game? 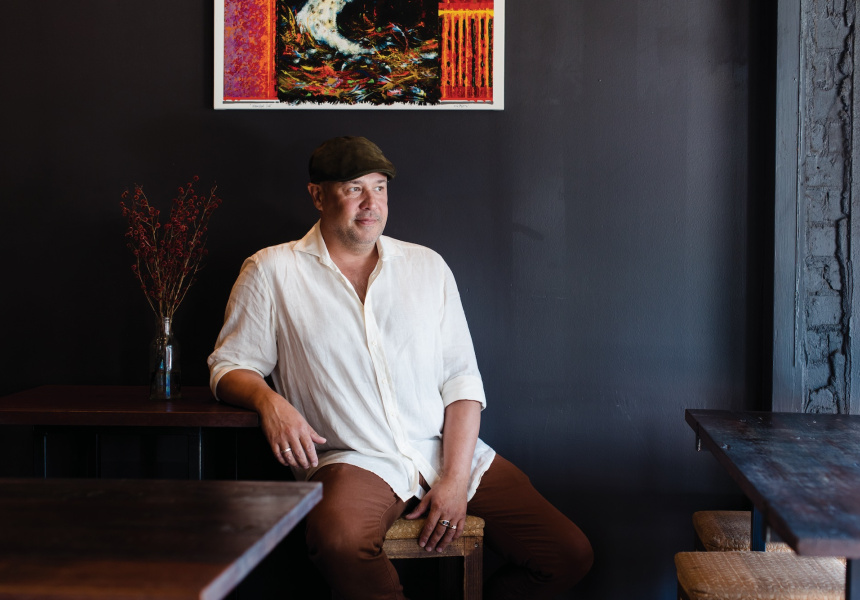 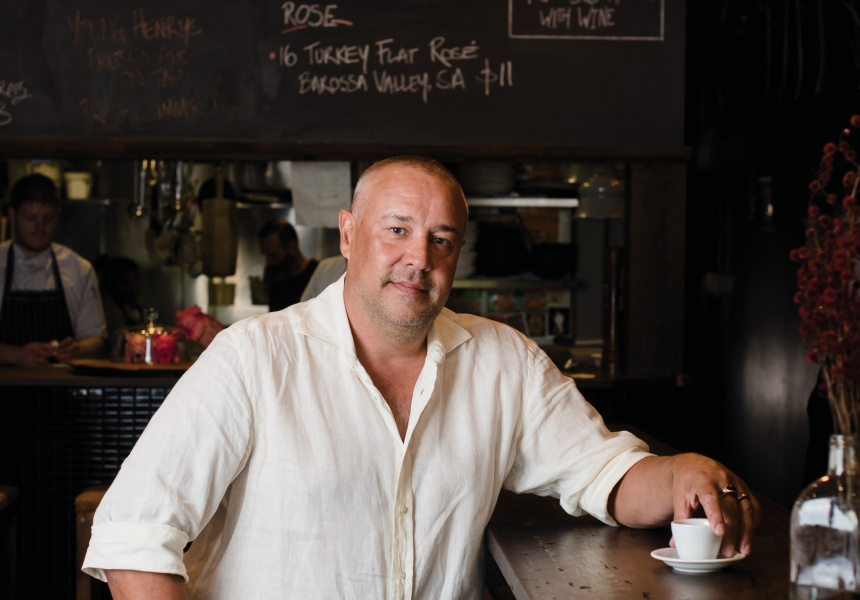 It’s Tuesday afternoon and Simon Kardachi is paying one of his tri-weekly visits to his eight venues. First, The Pot and Melt in Hyde Park. Then into the city to Bread & Bone, Maybe Mae, Osteria Oggi, Proof, Press and Melt’s CBD site, which are all within a 400-metre radius in the west end. Shobosho, a Yakitori restaurant and bar soon to open on Leigh Street, will make nine.

For anyone acquainted with Adelaide’s dining scene, Simon Kardachi is a familiar name. The man behind it, however, has proved a little more elusive. After two decades in the business he prefers his venues speak for him. Their success, in part, is the result of his tireless attention to detail.

“It’s a process of refinement, constantly,” he says. “I look at things how a customer would. Is the price point right? What’s the first thing they put in their mouth? The dressing, seasoning, colour, texture, weight of the fork or knife, how it sits in your hand – the little details that build a package. The things that make a difference to me will make a difference to somebody. Not everybody, but somebody.”

Kardachi’s grandfather opened Adelaide’s first restaurant, Little Amsterdam, in Gays Arcade in 1959. The original menu hangs on the wall in The Pot (formerly The Melting Pot). His mum, though never a restaurateur, would regularly cook and entertain at home.

“Could you say restaurants are in my blood?” he ponders. “I don’t know. It skipped a generation. But I’ve always had a love for it. I’ve always been curious about food and texture and flavour. And I’ve always asked why – why do we have that dish or why is it cooked this way instead of that way. I was always watching and wanting to twist, tweak, reinvent, recreate.

“That’s what Australian food is these days. We’ve been exposed to so many different cultures we’re not afraid to explore.”

This cultural and culinary fusion inspired Kardachi’s first restaurant on King William Road. The Melting Pot opened in 1999 and offered fine dining at a time when many restaurants were closing or adapting to Adelaide’s cafe boom.

“They were ripping out carpets and dumbing down menus. There was this whole push and drive towards cheap, average meals in noisy, hectic environments and I just reversed it, pretty much, and said, ‘No I don’t think that’s how food should be delivered’.”

The Melting Pot became an institution. But after nine years Kardachi revised the formula to meet the still-growing demand for casual dining.

“The Melting Pot was a hugely successful restaurant. But it wasn’t a great business. They’re two quite separate things,” he says. “I fought for 10 years before I realised that a fine dining, 35-seat, $150-per-head restaurant in Adelaide is just not going to pay the bills. Adelaide is a very difficult market. Our population hasn’t grown; our disposable income certainly hasn’t grown. So it’s a lot more people fighting for the same dollar these days.”

The new incarnation of The Pot, and its casual cousin, Melt, gave rise to a new dining style for Adelaide. “[Melt] was probably one of the first places to have people dining at the bar,” says Kardachi. It also introduced small plates and tapas to a public accustomed to entrees, mains and dessert. “Tapas weren’t really around or heard of at that time.”

This move away from conventional courses to shared, family-style dining became a hallmark of Kardachi’s restaurants. Dining out was suddenly less about the individual experience and more about the community it could build. “We try to encourage sharing and grazing,” he says. “It’s communal and convivial and you end up talking about it with the people sitting next to you because you’re sharing the same experience.”

Kardachi’s M.O. is a proven success, but he says more pieces need to come together before the broader puzzle is complete. “I think Adelaide is getting better and better at what it does. The depth of talent is getting stronger because there are more businesses around. Outside the hospitality industry, Adelaide needs to work together to drive this city. We need to keep the economy growing and we need more good people to stay here and more good people to move back here.

“Providing the right culture in terms of food and wine and nightlife and entertainment is one step in the right direction.”