Brekkie pizza, pancakes, toasted waffles and a “big boy breakfast”. Here’s where to nurse your hangover. 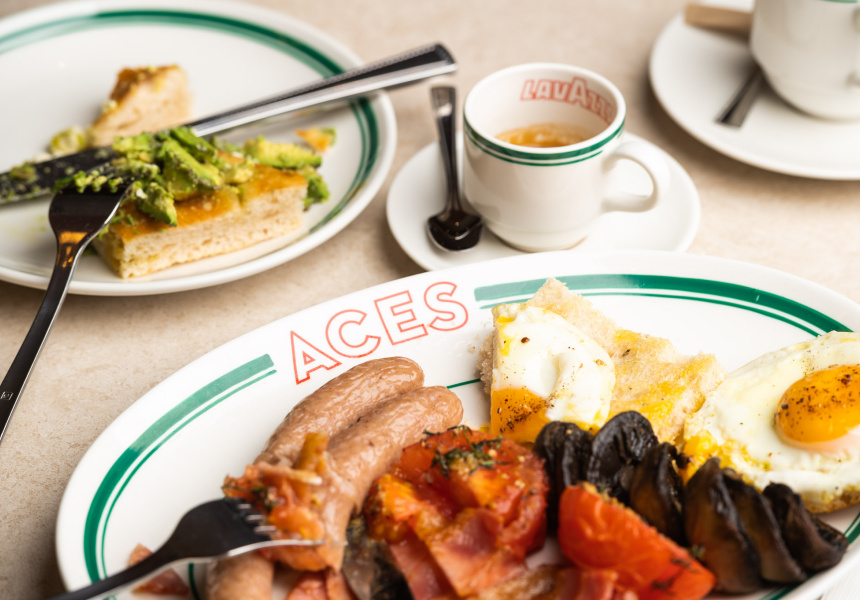 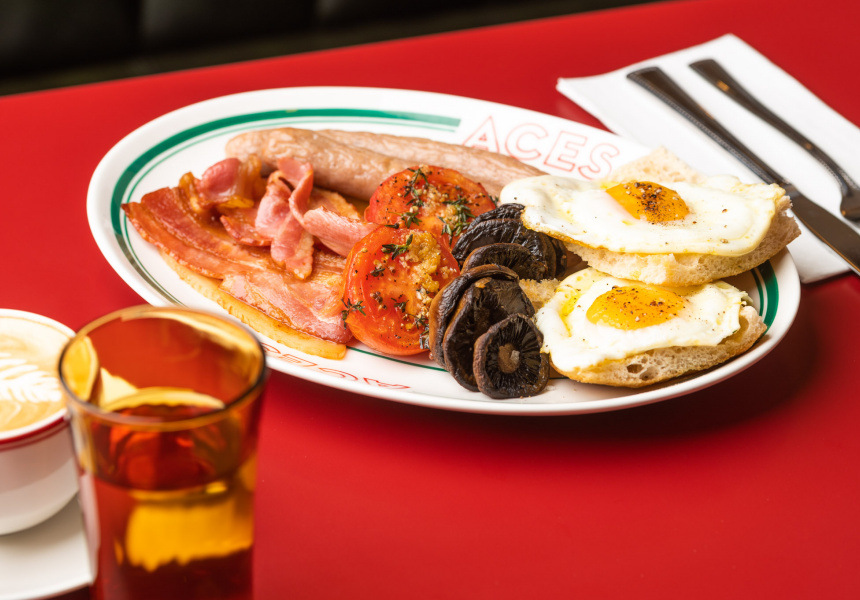 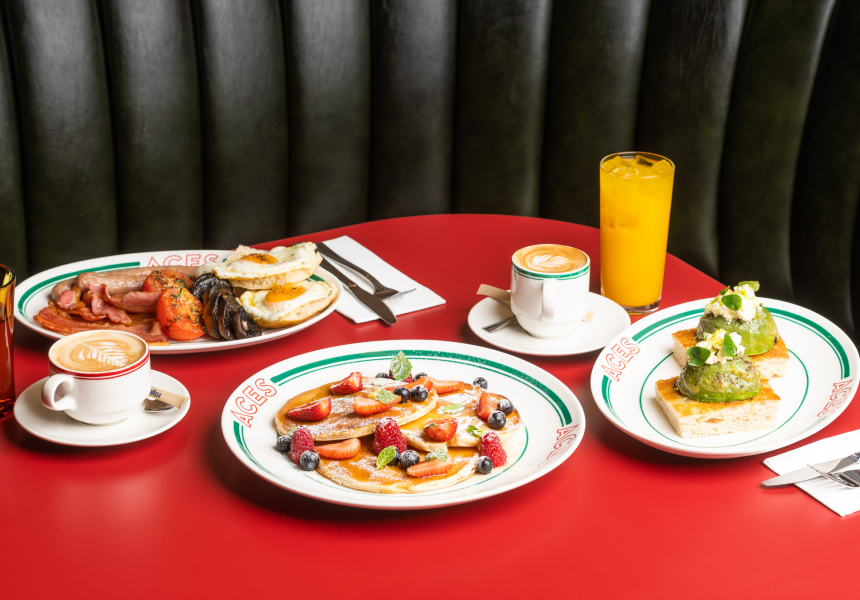 Since reopening in December, the revived Aces Pizza and Liquor has built a strong case for sticking to the classics, serving up hearty Italian and New York-Italian favourites such as pasta, pizza, meatballs and cotoletta. Now it’s doing the same for breakfast.

The Market Plaza spot has already been quietly trading on Saturday mornings for several week already, but the team is ready to fully commit. Aces is now serving breakfast from 8am every Thursday, Friday and Saturday (there are plans to go daily soon).

Owner Andrew Fantasia says the team has put together his “dream breakfast menu”, merging Italian and American classics that feel perfectly at home with the venue’s old-school diner vibes. “We’ve just gone for the bangers,” says Fantasia. “No messing about.”

Expect comforting crowd-favourites that are guaranteed to help nurse a few hangovers – there’s a breakfast pizza topped with bacon, sausage, potato and mushroom; baked eggs in a red “Sunday Sauce” with kale, borlotti beans and basil; and a spin on the McMuffin with a sausage patty, bacon, poached egg, cheese and that aforementioned sauce. There’s also a “big boy breakfast” with all the usual suspects and a more sensibly sized “good boy” alternative. Sweet options include pancakes with fresh berries, salted butter and maple syrup, and toasted waffles with salted ricotta, berries and raspberry sauce.

For the time being, early risers can also enjoy a free coffee (made with Lavazza beans) with their meal. Those after something harder can go boozy with breakfast cocktails such as Bellinis and an Aces Bloody Mary.

The longstanding bistro was run by Andrew’s dad, Enzo, from 1993 until the makeover and menu overhaul (the latter designed in collaboration with Africola’s Duncan Welgemoed) late last year. Head chef Josh Lansley now steers the kitchen.