It's the fourth new store in 16 months. And there's a new concept on the way. 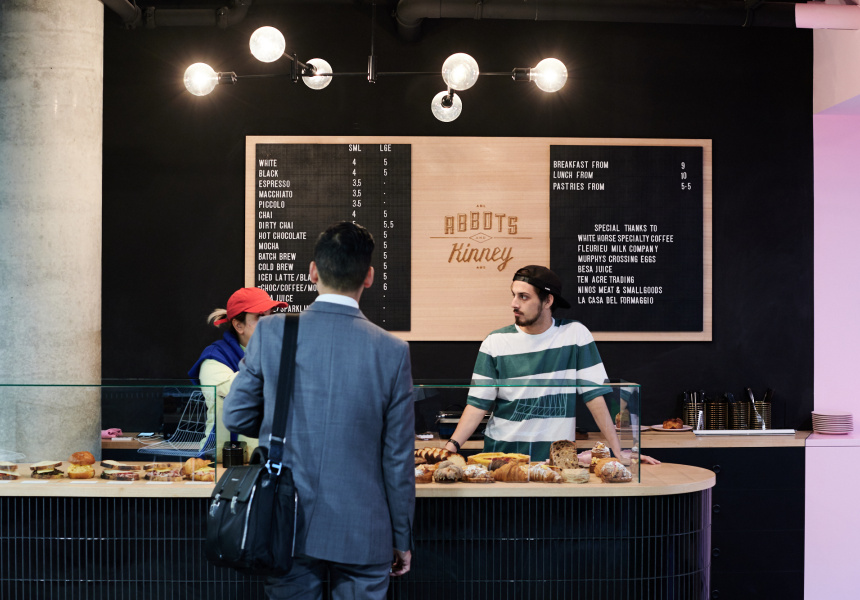 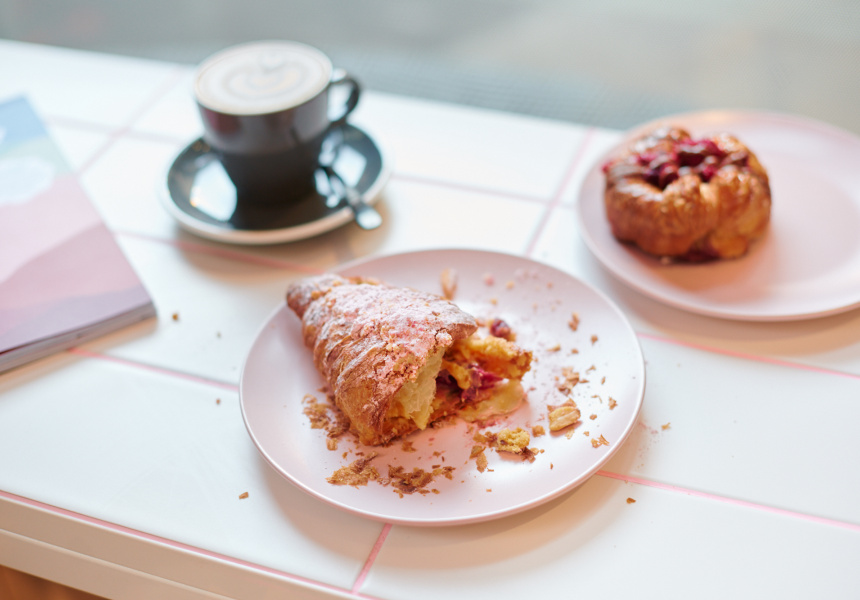 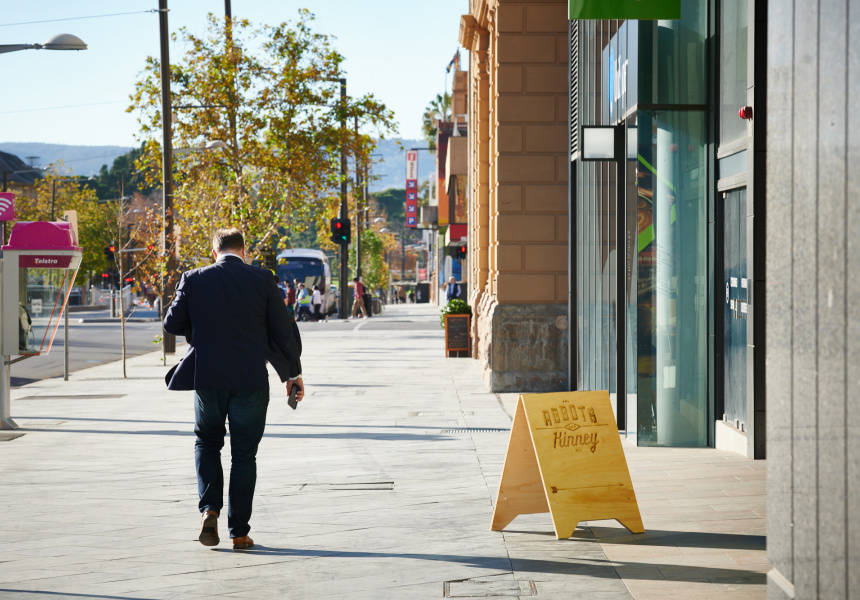 The brand’s latest CBD venue has the lot. Located on the groundfloor of the Urbanest student living complex on Austin Street – a quiet thoroughfare connecting North Terrace and Rundle Mall – the store makes the most of a site that could, in lesser hands, be pokey and thoroughly missable.

The concrete-and-marshmallow interior matches terrazzo and bare stone with smooth white tiles set in a custom mix of millennial pink grout. It’s a representation of the brand’s mission – to be both “conservative and rebellious” – according to Pisanell’s business partner Jordan Walsh – a sentiment that's reflected in the menu’s mix of traditional and inventive signature pastries and lunches.

“We want this store to be your everyday,” Walsh says. The spread is everything you’d expect from an Abbots and Kinney outlet, with a focus on grab-and-go options to lure in the university crowd.

Sandwiches such as the “BLAT Preston” (named after, and recently approved by, Masterchef’s Matt Preston), a classic BLT with added avo, and the “Spanakops and Robbers” with chard kale, gruyere, spring onions, garlic and Dijon are sure to be popular pickups. Pastries and breads arrive daily from a commercial bakery in Albert Park, and coffee is from Sydney roaster White Horse.

Of the four recent openings (the other three are Croydon, UniSA and Adelaide University) Austin Street is the first where the team walked into a blank slate. Walsh says Urbanest invited he and Pisanelli to pitch a concept that would underpin the precinct, known as Austin Way. “They wanted us to set the precedent,” he says. “We had complete creative autonomy.”

Long-time collaborators Crafty Design and Unique Space completed the build in just eight weeks. Walsh is visibly awed by the workmanship and finishes. He beams as he walks us through the space, pointing out his favourite features – fingerprint-resistant push-to-close doors, sneakily concealed below-bench lighting.

He describes the brand’s recent growth as a process of “liquid learning”. Each store is built on the successes – and challenges – of the last. And he promises there’s more to come. The adjacent tenancy (currently veiled by plasterboard) is the first iteration of a new concept from Abbots and Kinney, BLVD Gelato.

Patrons of the bakery’s Croydon venue will have spied (and presumably sampled from) Pisanelli’s gelato cart, where staff spoon out natural flavours blended daily in the Albert Park kitchen. It’s the result of a cooking tour through Italy, where he learned the art of gelato-making the traditional way, and it's just a taste of what’s to come. BLVD Gelato will open later this year.