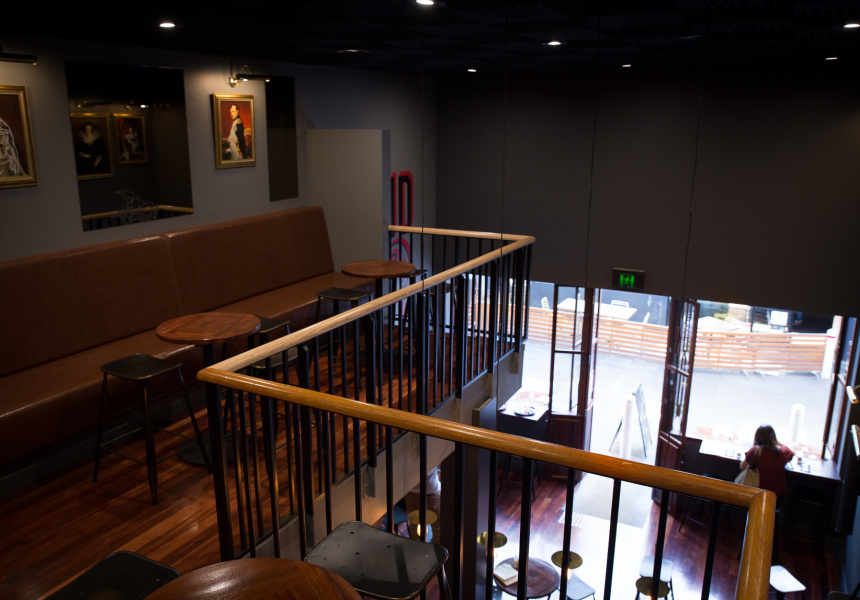 Inspired by the second and sixth deadly sins – greed and gluttony – Peel Street’s newest addition welcomes and encourages indulgence. The European-inspired venue, nestled between The Map Shop and Alfred’s Bar, fills a gap in the market on the West End laneway, with a menu dedicated to dessert and brunch.

Owner Huy Nguyen chose to focus on his two favourite meals in his first hospitality venture, with 2nd & 6th serving both decadent menus all day. Given the diversity on Peel Street, Nguyen says he wasn’t worried about “playing it safe”. For something sweet, try the meringue-covered gianduja “wrath” bombe with chocolate semifreddo, or their layered take on the classic Sicilian cannoli.

The modern-Australian brunch menu has a distinctly European flavour, influenced by chef Rocco Tedesco’s Italian heritage and a decade spent honing his skills in Australia and Europe. “We’ve played around with the eggs benedict,” Nguyen says. The 2nd & 6th version comes with a trio of quail eggs, minced mushrooms and porchetta. Twice-cooked cheese soufflé with saffron and hazelnut sauce keeps with the decadent theme.

At night, 2nd & 6th morphs into a bar, with an “evening greed” menu and a set of cocktails developed by in-house mixologist, Mitchell Clarke. The beer and wine list is mostly South Australian, with a few notable European inclusions.

Nguyen took design into his own hands; gutting the former Scissor Sisters hair salon to open up a mezzanine level and create a recycled-jarrah frontage.

Renaissance-era prints line the walls, some of which feature tongue-in-cheek caricatures by Adelaide artist Hang Ong. “It’s not every day you see Marie Antoinette getting into a piece of cake, or Napoleon Bonaparte smashing bacon and eggs,” Nguyen says.

There are already plans to expand the on-street dining area, making use of Peel Street’s weekend road closure.