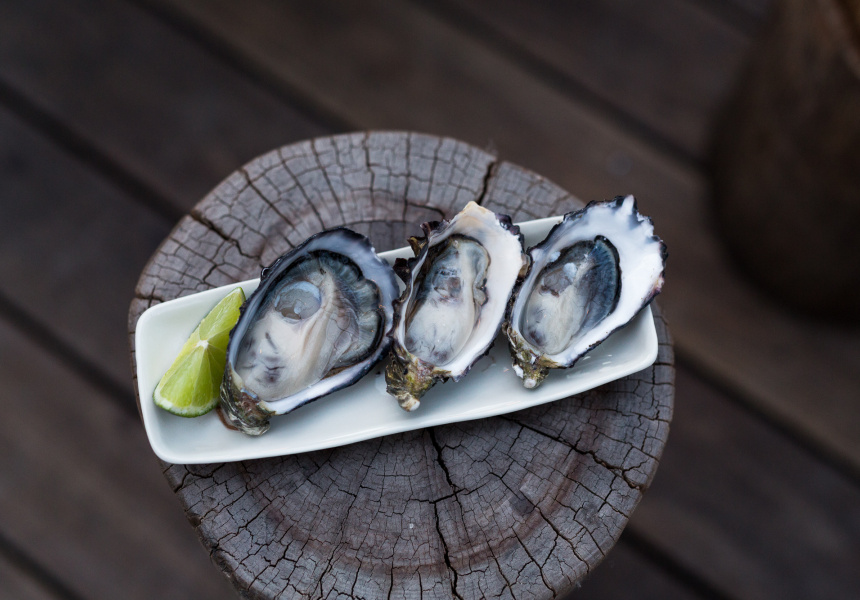 Premium oysters from four South Australian regions, including Coffin Bay, Streaky Bay and the American River, will be shucked at the rooftop venue and served in 10 different ways.

“Coffin Bay Oysters are big, plump, beautiful and sweet, but have a briny finish,” says the venue’s business development manager, Nick Finn. “Oysters are a very special thing. In my travels I’ve had some amazing experiences around the world eating them, but I think our local South Australian oysters are the best.”

Seafood canapés and paella by head chef Dan Lawrence will be served. “Dan and I have been working together since 2KW opened,” says Finn. “I went to California to work on some projects and he stepped up and ran the kitchen. He’s been the creative driver behind the 2KW menu for a long time.”

Arbeaumont Champagne; Sidewood wine and cider; and Coopers beer will accompany the seafood.

“Most people say you don’t eat oysters in a month that has an ‘r’ in it,” Finn says. “It’s an old saying. The festival is in September, but it’s the third of September and at this time of the year they’re incredible.”

Adelaide Oyster Festival will be held at 2KW Bar and Restaurant. Tickets are $90 per person. Call 8212 5511 to book or email events@2kwbar.com.au or book here