This city’s coffee scene is getting better every day. Meet the people behind the rising tide of quality. Like fine wine or craft beer, good coffee is the result of blending quality and expertise with a bit of panache. It’s a genuine labour of love, and when done right, results in the smooth, sweet taste of satisfaction.

For too many years, Adelaide’s coffee scene was dominated by traditional roasting methods. Basically, that means roasting to a standardised brief, instead of examining each batch of beans and finding the best way to express the particular flavours.

Now, a surge in independent owner-operator cafes has been followed by an increased demand for specialty-grade coffee. With their focus on quality, storytelling and pedigree, a handful of local roasters are filling the gap, using practices that are sustainable, ethical and truer to the bean. Here are four companies doing things right.

You probably know Dom Ossa and Nick Suggit from SAD Cafe. After years of boasting about how local their produce was, they found themselves living something of a contradiction when it came to coffee.

Following a year of, "getting drunk and burning beans" using everything from popcorn makers to small home and sample roasters, the pair locked down its roasting profiles and the sun finally rose on Dawn Patrol Coffee Roasters.

Building a roastery and tasting room in a region famous for producing world-class plonk “just made sense”. The parallels between wine and coffee production are inescapable.

The doors are open to the public on Sundays. Dawn Patrol HQ is equal parts education centre and flagship, where visitors are invited to compare fresh filter brews or sink shorties from the boys’ beloved Slayer coffee machine.

The 40-minute journey to Kangarilla is well worth it – as much for the delicious brews as the scenery, surrounding wineries and joyous sense of escapism.

From the humblest and most mobile of beginnings, Trevor and Bernie DeGroot have grown their roastery to fit around their lives, and their lives around DeGroot.

The couple entered the biz with a mobile coffee van which they ran until their kids were both at school. Then a bricks-and-mortar business offered a more fulfilling work-life balance.

Commandeering an art studio on Magill Road, they built Espresso Royale. It was home to their cafe and roasting operation for five years, until they relocated to Port Elliot in 2013, lured by the surf, sun and (presumably) bakery.

Supplying fairtrade, organic and high-end microlot coffees via a process of “broker-hopping”, Trevor says spending time with his customers to develop their own businesses is what keeps him in the game. That and the freedom to structure his work/leisure/surf schedule around the glorious southern climate.

After coming off his motorcycle in spectacular fashion, a young Mark “The Coffee Barun” Barun made the very adult life decision to trade his wheels for steel. Following his passion for cooking and coffee, he chose a roaster over a new bike, setting up a stall at the Pooraka Sunday Market.

He never aspired to become a wholesaler, yet the requests kept rolling in. In the 14 years since, the Barun brand has grown to include a dedicated roasting division and a lively cafe, all under one roof.

Hardware is an integral part of any coffee business, and not every roaster – micro or otherwise – can claim to have designed and hand-built its gas-fired, fully programmable roaster completely from scratch (even the circuit boards have the Coffee Barun logo soldered onto them).

The Coffee Barun chases “big coffee flavours”, looking for samples that jump off the cupping table, and this custom rig reliably delivers just that, kilogram after kilogram.

The name Monastery Coffee arose during a night of spit-balling between owners Adam Marley, Nader Shahin and Daniel Milky (Argo on the Parade). It represents their shared philosophies of open-heartedness and transparency.

Traditionally, monasteries evolved into the first universities because they invited people in to learn. And so Monastery aspires to help people understand the coffee process – from crop to cup – working closely with farmers and importers to ensure a greater percentage of profits from that end result makes it back to the source.

Despite being housed in a tin shed, the roastery has some proper next-level tech and embodies the team’s respect for all the hard work that went into growing the product.

Taste at Argo on the Parade and Jack Greens.

Ever the pioneer, Bar 9 roasts a handful of coffees to brew and retail at its Glen Osmond Road location. Owner Ian Callahan scans importers’ offer sheets for interesting varieties to share with his customers, roasting on the four-kilogram Has Garanti sitting conspicuously behind the brew bar.

Newcomer My Kingdom for a Horse produces all its coffee on-site using a five-kilogram Probat, tended by co-owner Emily Raven. The counter is always stocked with fresh beans to take home, and the team will happily share its recommendations, based on your preference.

The name Two Fish came out of the blue to Ryan Battye during an early-morning walk. The good fortune has continued from there. The practising dentist fills cavities by day and grinders by days-off, running a low-fi roastery out of his eastern suburbs garage. Keep an eye out for his single origins appearing in independent cafes around town. 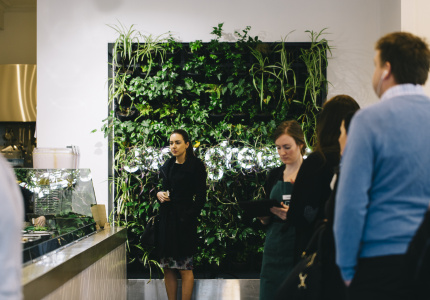 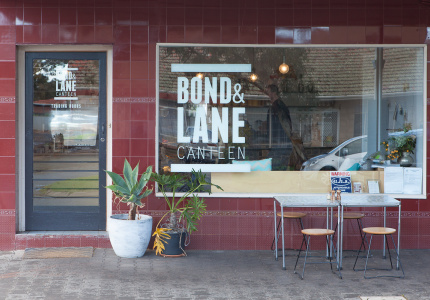