10 to Try: Best Vegan Pies and Pasties Around Adelaide

Faux-meat creations, pastries packed with legumes and veggies, and a pie floater with a difference. 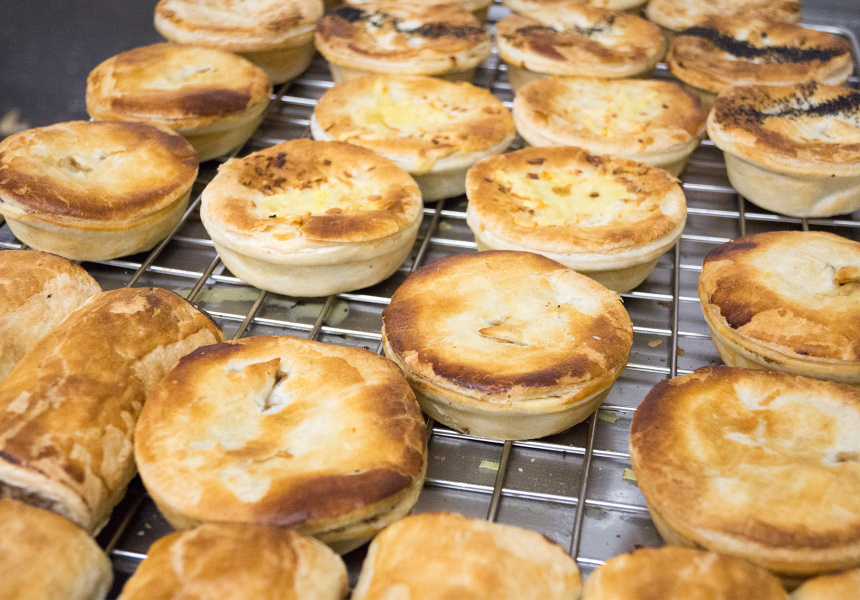 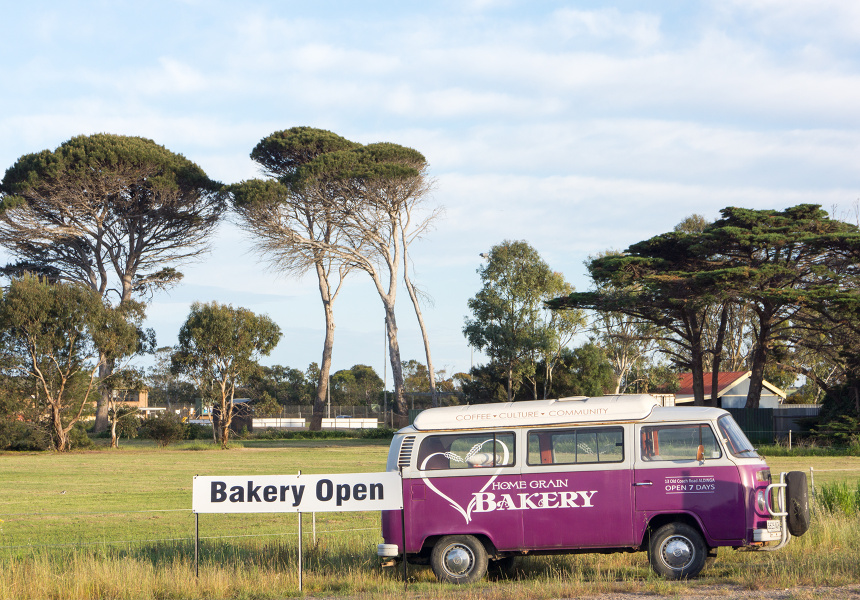 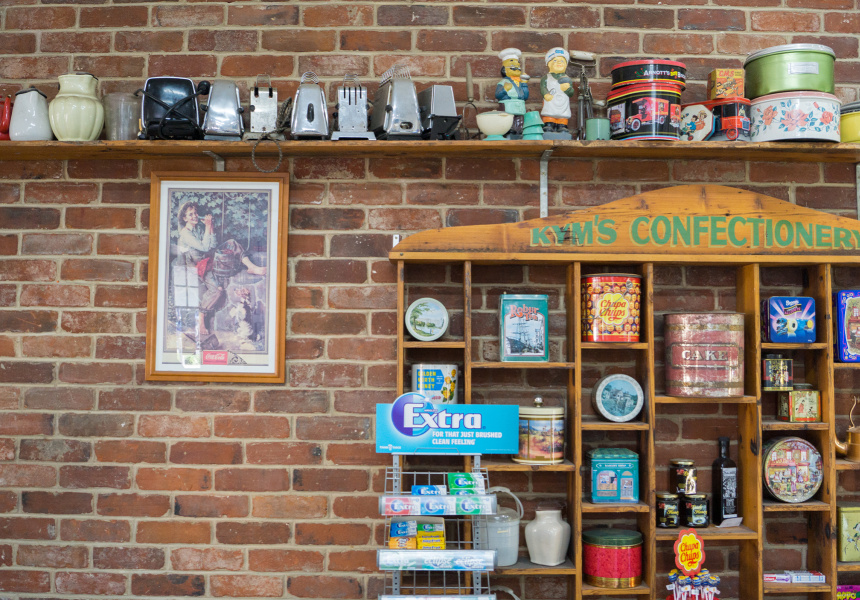 Putting fewer animal products on your plate can require painful goodbyes (ever tried giving up haloumi?). Thankfully the great Australian pastime of gorging at the bakery need not become a casualty. Whether you want a faux-meat creation that tastes uncannily like the “real thing” or it’s a legume-and-veggie offering you crave, these 10 venues have you covered.

Gourmet to Go
The Central Market’s Gourmet to Go has added an impressive roster of vegan pastries to its shelves in recent years. Owners Irene and Paul Noakes don’t make their pies and pasties themselves, but their menu is carefully curated and sourced from local boutique producers where possible. Case in point: the more-ish and belt-loosening spelt vegan pastie.

Bakery on O’Connell
It can be tough finding vegan food after a boozy night, but if you’re near the CBD and need emergency supplies, this 24-hour North Adelaide institution is worth a detour. The pastie is a classic chunky, veggie-laden affair with a dusting of poppy seeds, while the Thai spiced roll (filled with mince-like textured vegetable protein, or TVP) provides a chilli kick. The pies change regularly, but keep an eye out for the chickpea and lentil dhal, which brims with tender legumes and smells like a Jodhpur spice store.

Give Peas a Chance
There are few things more South Australian than the pie floater. The meat pie in a bowl of pea soup first appeared here around the 1860s, and in 2003 it was recognised as a state heritage icon by the National Trust. While the CBD’s regular curb-side pie carts are gone, Give Peas a Chance is helping fly the floater flag, albeit with a vegan twist. There's a lentil & mushroom and country chickpea floater, or opt for the Mexican – complete with corn chips, sour cream and jalapeños. You’ll find the food truck regularly set up outside the Wheatsheaf Hotel.

Cherry Darlings Bakehouse
It’s impossible to talk vegan pastries without mentioning Cherry Darlings – Adelaide’s only fully vegan bakery. The place has amassed a dazzling rotating array of baked creations (17 at last count) since opening in 2014. Go the smoky beans & cheesy mash, which tastes like your favourite cafe’s baked beans in pie form, for a more conservative feed. The BBQ Ribz with Cheezy Macca and cheeseburger pies are two of the more outlandish “meaty” delights.

Nettle & Knead
It’s hard not to be impressed by the warm feels and smiling staff at Nettle & Knead, occupying a 1920s-built shop corner on a green Malvern connector road. But if bright and homely spaces don’t get you jazzed, the vegan pie with spiced lentils will. It’s a bold, dark and crispy number that’s packed with lentils, seasonal veggies, korma spices and chilli after-burners. It’s a truly classy pie solo, but a serve of house-made tomato relish on the side is ace too.

Everything Vegan
Everything Vegan is Adelaide’s one-stop vegan shop, selling everything from cosmetics to mock meats and everyday meal staples, so it’s no surprise that it’s bursting with pastries. Sourced mostly from Glandore-based wholesaler Continental Bakery, you might’ve tried some of the pies around town before, but Everything Vegan offers its entire vegan suite (about 10 pies, a sausage roll and a pastie). Go the sweet-potato lentil pie for a hearty protein-and-veggie hit.

Mayfair Bakery & Patisserie
The Mayfair is a metaphor for the Port. Established in the 1870s, it’s seen the area’s heyday and stands strong amid its current revival, exuding heritage charm with a modern coffee-shop aesthetic. High-vis-clad tradies rub shoulders with cubicle-dwellers, rusted-on locals and hip young things – a mix of the Port’s working-class roots and its gentrified new era – and among it all is a good honest vegan pastie.

Brighton Jetty Bakery
On busy weekends the crowds along Brighton’s Jetty Road can rival those at nearby tourist hotspot Glenelg, so plonking a bakery opposite its bustling pub and one of the state’s best beaches was a no-brainer for these former Port Elliot Bakery co-owners. Among a diverse roll call of hot items sit four vegan options, including a vegan pastie. The stars, however, are undoubtedly its two flavour-packed pies – the chickpea masala and curried lentil.

Home Grain Bakery
Home Grain is slowly but surely taking over the south, opening bakeries at Middleton, Mount Compass and McLaren Flat after establishing its flagship at Aldinga’s old general store in 2011. This is good for vegans – the wholemeal spinach and mushroom pastie is a guilt-free triangle of goodness. Hit them up on Wednesdays for an extended vegan menu.

Heritage Pies & Pastries
Heritage is your quintessential country-town bakery – historical photos and knick-knacks on the walls, old bloke reading the paper in the corner, owners on a first-name basis with every second customer. It’s somewhat surprising, then, to find a handful of great vegan items on the menu. The curried veg pastie is a winner – it’s a yellow, turmeric-stained beaut, with echoes of Mum’s curried egg. The traditional square vegan meat pie uses the same recipe as the beef version (only with TVP), which will have you reminiscing about primary-school lunch orders. 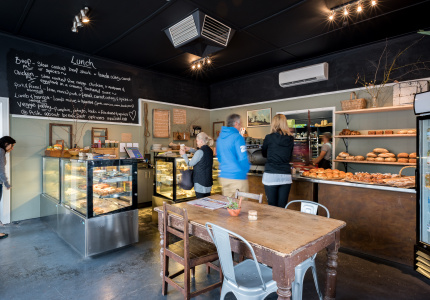 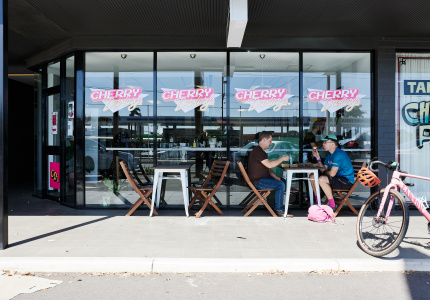 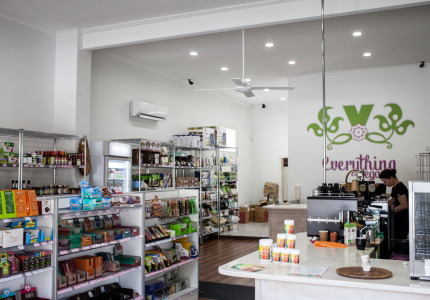