Isabella McRae is a law student, bar host, illustrator and maker. Now, she’s adding leather worker to the mix with the launch of her new label. 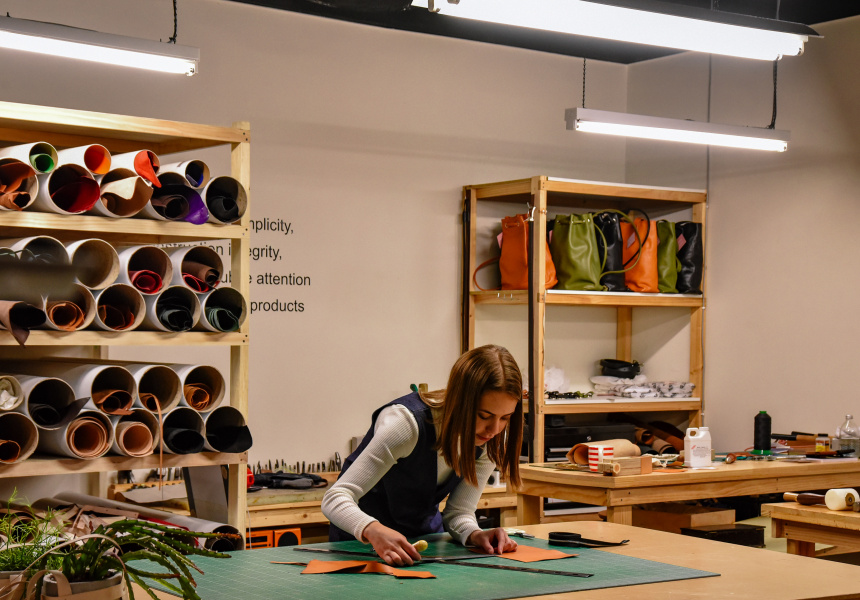 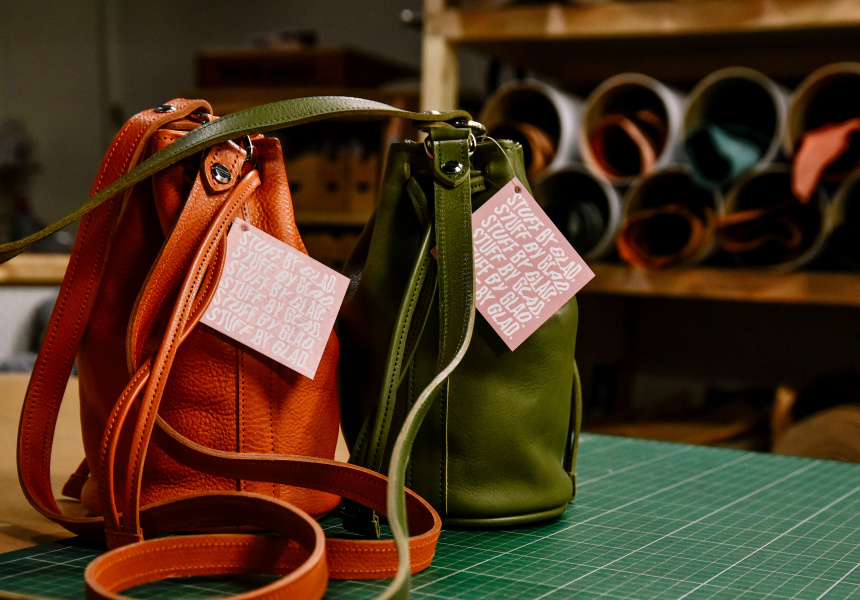 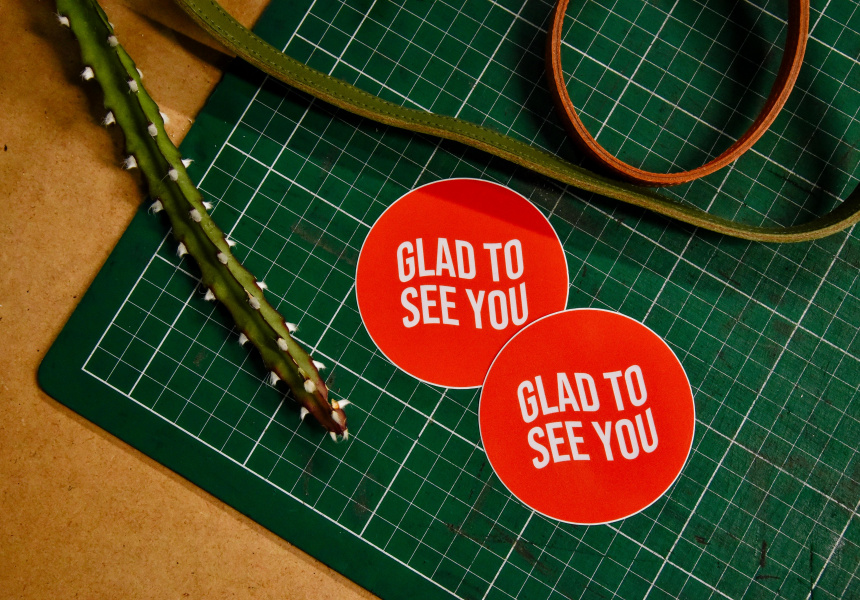 “I never thought you could make money off anything creative,” says Isabella (Bella) McRae. The Adelaide designer and maker might be proving herself wrong – she launches her new accessories label Stuff By Glad today. It’s the second brand the fifth-year law student and part-time host at Maybe Mae has launched, following the success of her illustration and design company Beelined.

While juggling her law degree, McRae received commissions for everything from prints to tattoos, and began working with hospitality clients through friends and mutual connections. “Aaron (Fenwick) from The Summertown Aristologist was my first real hospitality client,” she says. “I drew his wine labels, and then I started doing a little bit of work for places like Shobosho, too.”

Since then, she’s created menus for Shobosho (all leather-bound) and Maybe Mae, as well as design elements for West at Henley, too. “I really like the work with hospitality," says McRae. "It’s really fun because it doesn’t really feel like I’m doing work when I’m doing it.”

She plans to continue Beelined on the side, (“I think drawing will always be one of those things I do as a cathartic work hobby”) but says Stuff by Glad is her focus now. The small-collection accessories label focuses on high-quality backpacks, tote bags, pouches and key fobs, in carefully curated colours, but Bella has plans to widen her repertoire in the future. “My plan is to release a selection of colours that are available just for that collection,” she says.

The current line, which features orange, olive, black and nude colourways, includes just two of three of each style. “There will be no second releases with Glad,” she says. “What is made is all there is for that collection, so as to maintain exclusivity.”

McRae uses all-natural leather from Tuscany for her goods – the same kind used at her dad Rob McRae’s Regent Arcade shop and studio Leatherworks, where she's worked the past few years and where Stuff by Glad is based. “It’s all dyed with bark and tannins and that sort of thing ... there’s no chemicals in it.” She hopes to add canvas and heavy denim into the mix in future, too.

Her small-release collections through Stuff by Glad, she says, are more “streetwear and casual” in style, while her work with Leatherworks is more “traditional” in a “preppy Oxford style”.

She decided to start her own label when she noticed a gap in the market. “I’m inspired by timeless shapes,” she says. “I wanted clean pieces without ‘bling’ or too much branding, and I honestly could never find that sort of thing for myself. I wanted to create pieces that were not gender specific, not too showy or flashy, with simple form and slouchy shapes.”

Drawing and designing has always come naturally to McRae, but it wasn’t until she began working under her dad that she fell in love with making. “The drawing definitely came first. It’s always been something I’ve done as a hobby since I was a kid. I don’t remember not drawing. When I was at uni, I decided that I was going to do art as a side thing, but I never really got that engaged in it. I was caught between doing art creatively and doing it for money.

“Making is a bit more structured than drawing. If you do something wrong, it’s not going to work. It’s a lot harder for me ... but you get in the zone and it has a nice rhythm. I love it.

After taking a semester off last year to work in the shop, McRae was hooked. “I decided I would finish my degree and focus on making. I’m not committed enough to working in law ... I decided I wasn’t going to be successful in something that I’m not passionate about.”

After completing her degree this year, McRae plans to keep working with her dad at Leatherworks, which will double as the Stuff by Glad shopfront. “I’ll be taking custom orders through Leatherworks,” she says. “That’s something Glad won’t do.” She also hopes to do more menu work like her recent commission with Shobosho, as well as other custom leather pieces through Leatherworks.

“I’m still learning from dad and we both still see things very differently,” she says. “He is much more patient than I am, and I’m also more ambitious with my designs ... he’ll often tell me something won’t work as a finished product and I’ll do it anyway, without a pattern, three times over until I prove him wrong,” she says laughing. “He’s much more experienced, but I think sometimes my naivety works in my favour.”