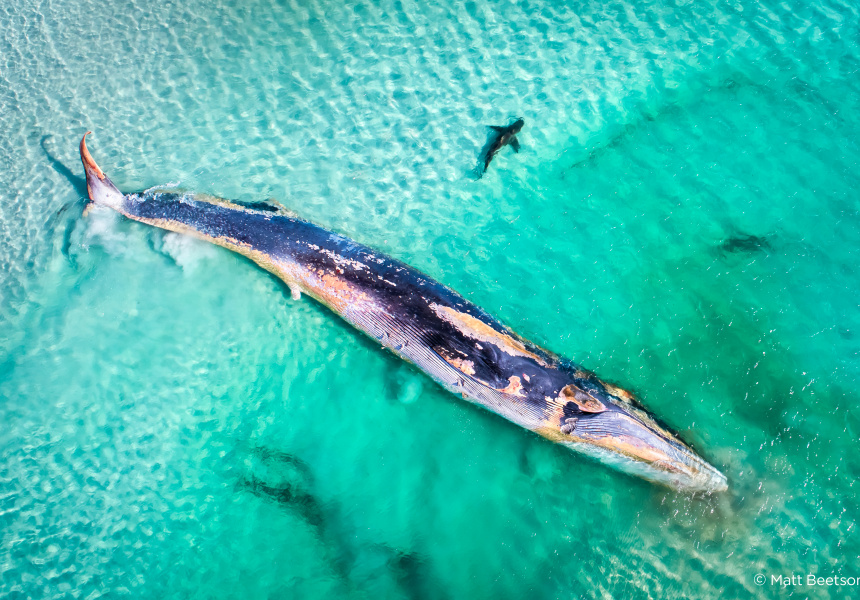 Each year photographers from around the world are invited to submit nature and wildlife photographs from Australia, New Zealand, the Antarctic and New Guinea for the Australian Geographic Nature Photographer of the Year competition.

This year the competition received over 2000 entries. See the remarkable winners and runners-up from all categories (including landscape, animal behaviour and monochrome) at this exhibition, which is on at the South Australian Museum from August 16 to October 20.

The overall winner is the striking Fin Whale’s Demise by Western Australian photographer Mat Beetson. It shows a beached fin whale – from above – being circled by sharks at the pristine Cheynes Beach in Albany, WA. It’s the first drone picture to be chosen as the competition’s overall winner.