A night at the ballet caps off a VIP weekend prize-package to celebrate the arrival of The Australian Ballet’s production of The Nutcracker. 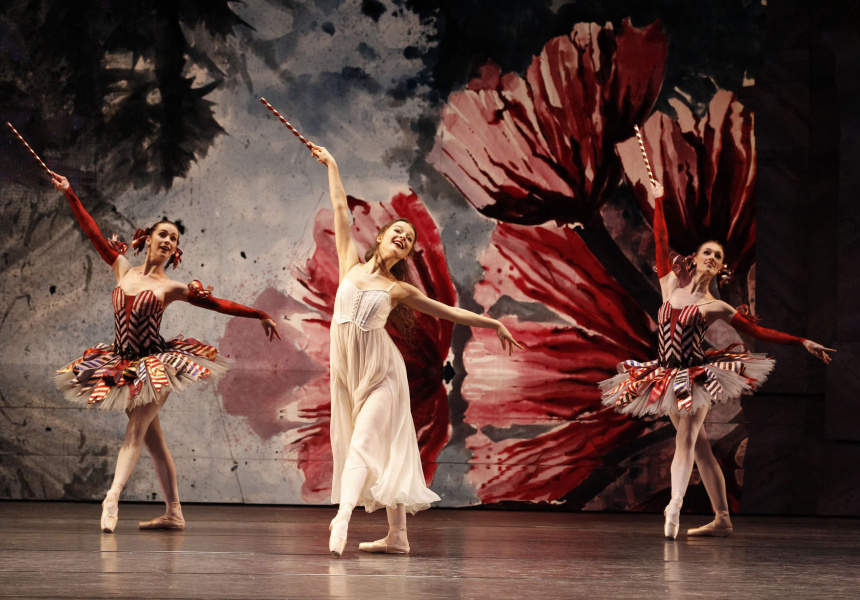 Photography: Courtesy of The Australian Ballet
1/13
by Nicola Heath
Share

This competition is now closed. Congratulations to the lucky winner Susan H.

The Nutcracker is a timeless cultural experience, beloved by audiences around the world since its premiere in Saint Petersburg in 1892.

Now, The Australian Ballet is bringing the famous ballet to the Adelaide Festival Centre for seven performances in October.

With choreography by Sir Peter Wright (the doyen of British ballet and director laureate at Birmingham Royal Ballet) and the iconic Tchaikovsky score performed by the Adelaide Symphony Orchestra, each performance promises to be pure escapism. Like millions before, audiences will be seduced by the story of Clara and her fantastical midnight reverie.

To celebrate the arrival of the world-class production in Adelaide, Broadsheet is offering one reader a deluxe VIP prize-package for two over one weekend in October.

The prize includes a two-night stay for two at The Mayfair Hotel, a luxury hotel occupying the historic Mutual Assurance Society Building in Adelaide’s CBD. Built in the 1930s, The Mayfair is a stone’s throw from Adelaide’s cultural precinct and some of the city’s best bars, restaurants and cafes.

Winners will prep for a weekend of indulgence with relaxing massages at Endota Spa on Rundle Mall. Once pampered, enjoy an early pre-show dinner at Stem, a sprawling, atmospheric wine bar and restaurant on Hindley Street. Take your pick from a menu featuring Mediterranean-influenced woodfired pizzas, share plates and mains, and a drinks list that boasts seasonal cocktails, independent beers and an extensive range of wines by the glass.

The pièce de résistance of this memorable prize is two tickets to the 7.30pm performance of The Nutcracker at Adelaide Festival Theatre on Saturday, October 12.

To enter, simply tell us, in 25 words or less, who would you take with you to the ballet and why.