In 2019, your favourite French garden party presents its first ever all-female music line-up – and it’s formidable. 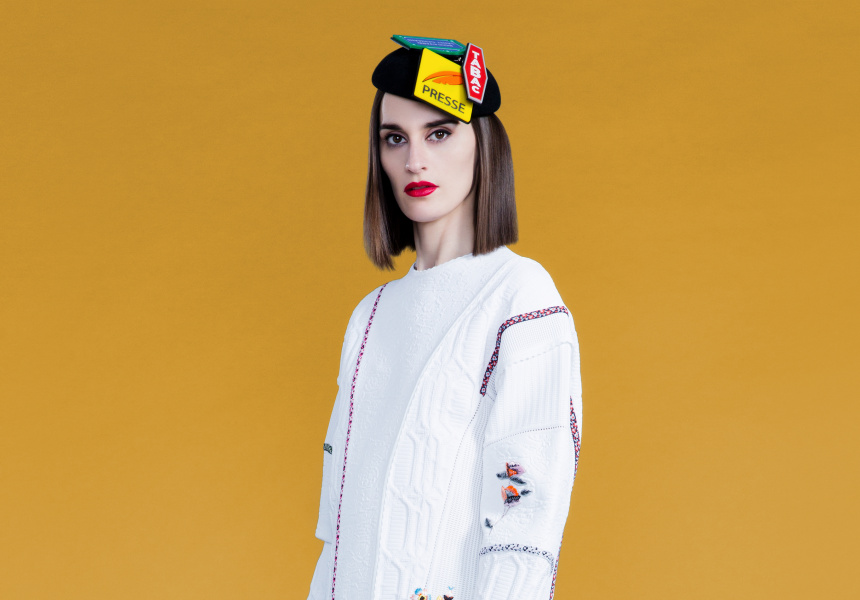 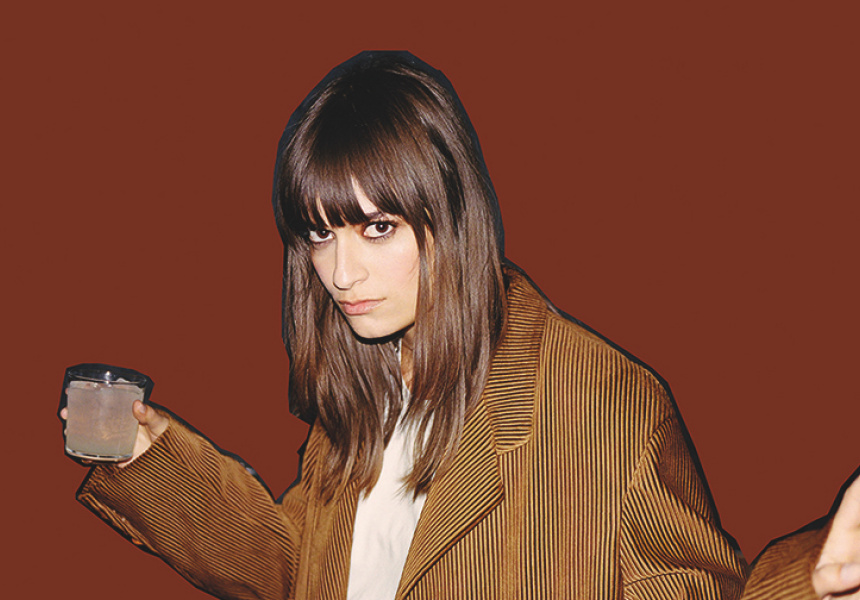 For a strictly limited time only, Broadsheet readers can receive 30% off their tickets to So Frenchy So Chic. Book now.

So Frenchy So Chic – the lavish French-inspired festival that serves up its live music with a glass of chilled rosé – is breaking new ground in 2019. Not only is it hosting a rare all-female line-up, but it’s one of its strongest showings yet.

Camille Dalmais, better known by her mononym Camille, is a French national treasure. She’s a five-time winner at France’s most prestigious music awards, the Victoires de la Musique. She has been dubbed the “French Bjork” (and if you’re not familiar with her work, you’ll understand why after watching her perform at So Frenchy So Chic). Think vocal acrobatics, quirky, witty lyrics, and an electric stage presence quite unlike anything you’ve seen before.

Yelle have their own stage presence – this French electropop act is all about good times and high energy. They’ve been charming crowds in France and around the world since 2005 with their irreverent, highly danceable songs and they promise to bring that same enthusiasm to the So Frenchy stage in January. Frontwoman Julie Budet has a penchant for colourful, eye-catching costumes that only add to the fun. Get ready to dance.

Clara Luciani, meanwhile, brings a different vibe to the festival. Her long, dark hair and eyes recall Lou Doillon or a young Francoise Hardy, and her noir-ish pop-rock songs have the depth and moodiness to match. After cutting her teeth playing with acts such as La Femme and Nekfeu, only two years into her solo career, Luciani is already establishing herself as a major new talent on the French scene.

Cléa Vincent is one of the most interesting young acts in France. While some of her music has been compared to the “yé-yé” style of French pop that was popular in the 1960s, her songs are rather less innocent and more complex than that. “Generally my music is very melancholic and dreamy,” says Vincent. Her upcoming new album will see her embrace a clubbier sound, and SFSC goers will be the lucky first to hear the dance-y new songs in January.

We talk to the artists about what to expect this January.

Camille Dalmais, is, without a doubt, one of France’s most unique voices. That’s in both the literal sense – have a listen to any of her albums and witness her vocal range – and the figurative sense. A passionate crusader for the environment, she recognises the power of music to unite and sees it as her duty to do just that, particularly in her native France. “My country needs a lot of healing and it needs music so much,” she says. “Of course I feel that responsibility.”

Dalmais released her fifth studio album, OUÏ, last year. Attracting acclaim from the likes of Pitchfork, it’s an electro-acoustic, warm and organic-sounding record that speaks to the environment and motherhood and is sung mostly in French. Dalmais, though, is one of a few French solo artists who also regularly records songs in English.

Her mother was a professor of English and Dalmais speaks it perfectly. She enjoys experimenting with different sounds in the two languages, but surprisingly it was one of her French songs that made the biggest splash in Australia. Ta Douleur (your pain) was voted 26th in Australia's Triple J Hottest 100 in 2006. This was after the song appeared on the second So Frenchy So Chic compilation CD in 2006. When Triple J added the song to its playlist, it became the most requested song on the radio station for three months straight.

Three years later, Dalmais sold out a ten-show tour of Australia, including three shows at Sydney Festival. In January, Dalmais returns to Australia and So Frenchy So Chic for the first time since 2009.

“I’m happy we only perform for 75 minutes in Australia, it’s so intense physically,” says Dalmais. A standard concert might last more than two hours and it’s a feat of endurance considering how frenetically she darts around the stage dancing, playing instruments (body parts often stand in for instruments), singing and interacting with her band and various props.

Off stage, she’s more insular, preferring to spend time in nature and with her family, with as little technological interference as possible. “Before mastering technology it seems to me one should understand the way our body works, talks, eliminates, breathes, vibrates,” she says. “Understanding the magic of the human body is enough work for my entire life.”

Cléa Vincent is a darling of the French indie scene. Since debuting with the peppy single Retour De L’Homme in 2013, her releases have been impressively diverse, from the quirky pop of 2014’s Non Mais Oui to the bossa-nova-esque rhythms of Tropi-cléa in 2017. Her new album is due in March 2019 and Australian audiences will be the first to hear it when Vincent and her band play So Frenchy So Chic in January.

“We really wanted to start to play the new tracks,” Vincent tells Broadsheet over Skype, from her Paris apartment. “So we’re going to really enjoy playing them in Australia, we’re very excited.” It’s a Monday morning in Paris when we speak and Vincent is apologetic for running a little late. She has wet hair and an infectious smile. She also apologises frequently for her English, which is actually quite good.

Vincent is very excited about the release of Nuits sans sommeil, which she considers her first album proper. Retiens mon desir (remember my desire), released in 2016, was an album-length compilation of “the best songs of the first five years of my career,” says Vincent. Nuits sans sommeil sees her all grown up. “It’s more woman than very young lady,” she says. “There’s more sensuality, it’s more electronic and mature in the sounds.”

She’s changed tack stylistically, too, exploring the French electronic genre dubbed “French touch” for the first time. Daft Punk, Cassius and Bob Sinclar were among the pioneers of French touch, which emerged around the turn of the millennium but remains popular and hugely influential to this day.

“It’s a dream to have an album that sounds more French touch than French chanson,” says Vincent. “It’s the album I always wanted to make.”

Nuits sans sommeil (nights without sleep) is the name of the first single. “It’s when you cannot sleep because you want to have a very big party,” she says. “Also, because you have a lot of ideas inside and you want to write things.”

Falling in love contributed to some of Vincent’s insomnia, too. “When you start a very strong love story, it can be very energising because you’re like, ‘I love this man so much!’,” she says.

“It can be bad because I want to stay up and smoke cigarettes and write songs. My music is always inspired by my deep emotions.”

Clara Luciani is one of France’s fastest rising musicians. The 26-year-old’s blossoming popularity is reflected in her current string of Paris concerts, each bigger than the last. After selling out notable venues La Gaîté Lyrique in October and La Cigale next January, she added a third Paris show at the hallowed Olympia theatre next April.

“I’m really excited and frightened at the same time,” says Luciani of playing Olympia. Edith Piaf, the Beatles, Billie Holiday and Judy Garland are among the legends who have performed at the venue since it opened in 1889.

It took Luciani some years of working with bands including established French acts La Femme and Nouvelle Vague before she had the confidence to break out on her own.

“I took a lot of time to find myself and assume my position [as an artist] on stage,” says Luciani, who sings and plays electric guitar. “I wanted to be sure to present a professional and accomplished project. For this, I needed experiences like La Femme or Nouvelle Vague and I don’t regret any of these.”

Luciani’s solo work is quite different, though, to the eccentric pop of La Femme or the lounge-y new wave sounds of Nouvelle Vague (both acts have also performed at So Frenchy So Chic in the past).

She’s been compared to Lana Del Rey, Nico and French chanteuse Francoise Hardy for her emotion-filled, sultry live performances. Hardy even handed Luciani a signed copy of her record complimenting Luciani on her debut album when they appeared on a radio show together in May. “Craziest moment of my career. I love her so much!” Luciani says.

While 2017’s Monstre d’Amour (monster of love) was a crushed-heart break-up EP (one song was called Pleure, Clara, pleure (cry, Clara, cry), on this year’s Sainte Victoire (Saint Victory) LP, Luciani is in better spirits. “It’s a very personal and autobiographical record, which tells the story of my reconstruction between my EP and this album,” says Luciani. “It’s a record to feel better and find courage.”

Coming to Australia for the first time for So Frenchy So Chic, Luciani says she’s especially excited about discovering more Australian artists. “I’m a huge fan of Nick Cave, Pond, and recently I met Donny Benet,” she says. “I like his music a lot.”

Yelle want you to have a good time. That much is clear in the band’s colourful outfits (especially those of frontwoman Julie Budet) and fizzy feel-good music, performed on stage with the sort of enthusiasm that can’t help but rev up a crowd.

If Yelle had an Australian counterpart, it might be the art-pop band Architecture in Helsinki, whose bright, kooky pop songs have a similar aesthetic and impact. Like AIH, Yelle started making music in the early 2000s. “We were really influenced by ’80s pop full of happiness and energy and also melancholy sometimes, with double meanings in the lyrics,” says Budet.

“We really wanted to do something in the same spirit. Grand Marnier [Yelle’s keyboardist and producer] was producing music for his band at this time and was really influenced by a lot of things – rap, punk, rock.”

From this hodgepodge of influences, Yelle formed their own fresh, unusual sound, which was quite unlike anything else in France at the time. “It was the beginning of an era for electronic pop music, everything was possible,” says Budet.

The band’s breakthrough song was a diss track called Je Veux Te Voir [I want to see you], Budet’s withering response to a misogynistic French rapper called Cuizinier. It reached number four on the French charts and was followed by their debut LP Pop Up in 2007. The timing was excellent; Yelle’s music slotted in perfectly with the popular nu-rave sound of bands such as Klaxons and CSS, and French record labels Kitsune and Ed Banger.

The years since have been full of impressive milestones including performing at Coachella three times, supporting Katy Perry on her UK California Dreams tour and releasing another two albums.

Since 2017, the band has released a series of singles. A new record is on the horizon, but they’re in no rush. “We really want to continue to make people dance and that’s what we did with the last songs, with OMG, with Romeo,” says Budet. “We really want to express that feeling that we love, to be on the dance floor and have these melancholic feelings at the same time, but we’re also at the cusp of something new, I think.”

Broadsheet is a proud media partner of So Frenchy So Chic. Tickets on sale now.