Who to See at Adelaide Writers’ Week 2019 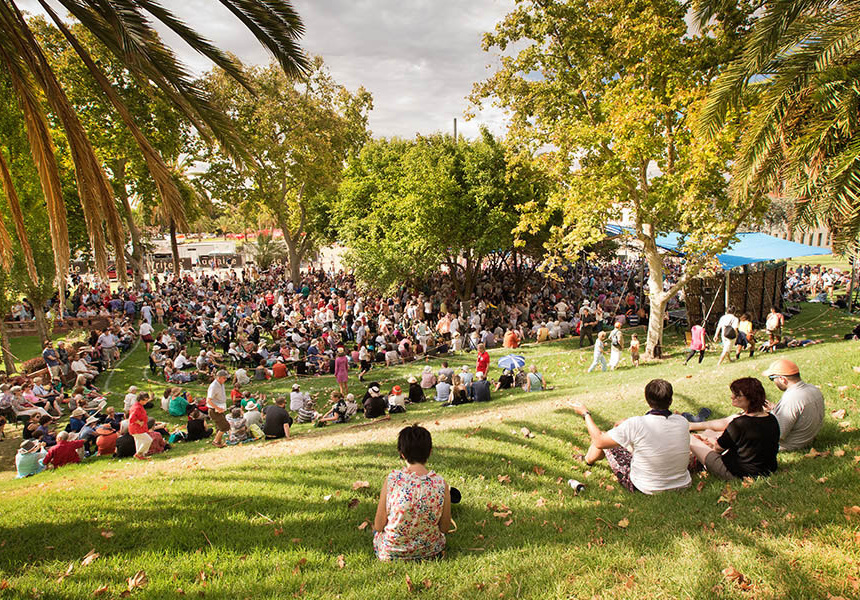 In her first year as Adelaide Writers’ Week director, Jo Dyer is focused on accessibility.

“What I love about Adelaide Writers’ Week is that the main program is accessible by virtue of being free,” says Dyer, who previously served as CEO of Sydney Writers’ Festival.

She’s going a step further, though, expanding the scope of the festival to entice a new, young and diverse audience. For those who are usually on the clock during the core Writers’ Week program, Dyer has introduced a new series called Twilight Talks. The evening sessions will be held on Monday and Tuesday nights, when young professionals can gather together and enjoy a glass of wine while listening to writers discuss a range of topics from the personal to the political.

Another addition to this year’s program is the Zeitgeist Series in Elder Hall, which promises to spark robust discussion on the topics that make us tick. The first in the series, “Rage, Rape and Revolution”, addresses the disparities of the #MeToo movement. “I’ve been particularly interested in how different feminist thinkers have responded to #MeToo,” explains Dyer. “Some have been decrying how resilient the patriarchy is, while others are cautionary about the movement going too far.”

“Reframing the future”, the second event in the series, will feature speakers who have all challenged power structures in drastically different ways – representative of the conscious shift in this year’s line-up towards political writers. “There is still a solid, critical mass of literary fiction in the program but perhaps there is more non-fiction and overtly political writing,” says Dyer, who sought out a multiplicity of voices to advance the overarching theme of telling truths. “The key thing is that truth is plural,” says Dyer. “There is not one singular and objective truth – it can look different depending on where you’re standing.”

That theme resounds in Dyer’s program picks for Broadsheet, which include new and established writers from Australia and abroad. Here are the six sessions she’s eagerly anticipating:

Kassem Eid
Palestinian-Syrian journalist Kassem Eid shares his harrowing account of life as a refugee under Bashar al-Assad in his memoir My Country: A Syrian Memory. His work came to prominence after he witnessed first-hand the Sarin gas attack committed by the Assad regime in 2013 and decided to take up arms with the Free Syrian Army. His book advocates for the Syrian population and condemns the rest of world for allowing such crimes to occur. He will also be in conversation with Nazanin Sahamizadeh, director and co-writer of Adelaide Festival show Manus.

Gina Apostol and Jing-Jing Lee
“I really hope these two authors can get a wider readership,” Dyer says of novelists Gina Apostol and Jing-Jing Lee. “They both delve into memory and history as a cathartic way of exploring and redeeming trauma,” which they’ll speak about in their joint session, Potent Memories. Both women have important historical stories to tell – Apostol’s is of life during the Phillippine-American War in Insurrecto and Lee’s is of the Japanese occupation of Singapore in How We Disappeared. Both novels are about healing from past atrocities. While this is Lee’s first novel, Apostol’s work is somewhat more established. “She writes with a bit of Vonnegut whimsy but also a fierce intellect and moral conviction,” says Dyer.

Trent Dalton
2019 MUD Literary Prize Winner Trent Dalton will discuss his first novel, Boy Swallows Universe. A journalist for The Weekend Australian Magazine, Dalton has entered the realm of fiction with a thrilling story that takes place in the underbelly of 1980s Brisbane. “Apparently 50 per cent of it is based on his real life and when you read it you have to wonder which 50 per cent,” says Dyer. This rich narrative follows the coming-of-age of protagonist Eli through his tumultuous but loving upbringing. “It’s interesting how frequently childhood dysfunction and disadvantage comes up in first-time fiction,” says Dyer.

Queerstories
Sydney writer, producer and performer Maeve Marsden has been touring Queerstories around Australia for several years but, surprisingly, this is the show’s Adelaide debut. The structure and line-up varies from event to event, but it’s always centred on the stories of the LGBTIQ+ community. Queerstories has previously hosted public figures such as Hannah Gadsby and Justice Michael Kirby. Marsden has selected a range of queer writers to join her on stage for Adelaide Writers’ Week to tell their truths.

Preti Taneja
Debut novelist (and documentary filmmaker) Preti Taneja transplants King Lear to modern day India in We That Are Young. Though undeniably modelled after the Shakespearean classic, her novel features a billionaire family and offers insight into the huge disparities of wealth that exist in India. “Some of the characters are absolutely diabolical,” says Dyer. “You’re seeing this panorama of India in a very dense but juicy narrative”.

Hwang Sok-yong
“Hwang Sok-yong is actually South Korea’s most eminent author, yet I would anticipate that most people here would not have heard of him,” says Dyer. Once a political prisoner, the 76-year-old author is highly acclaimed in South Korea, though much of his work has yet to reach a wider Australian readership. His most recent novel, At Dusk, tells the story of an architect reflecting on his impoverished upbringing and what it really means to be successful following a reconnection with a former lover. “It’s quite a slim book but it really is quite profound and meditative,” says Dyer.

Adelaide Writers' Week runs from March 2 to 7 at the Pioneer Women's Memorial Garden. The full program is available online.