How meta. The story of this grassroots Fringe venue has come to stage – for Fringe. 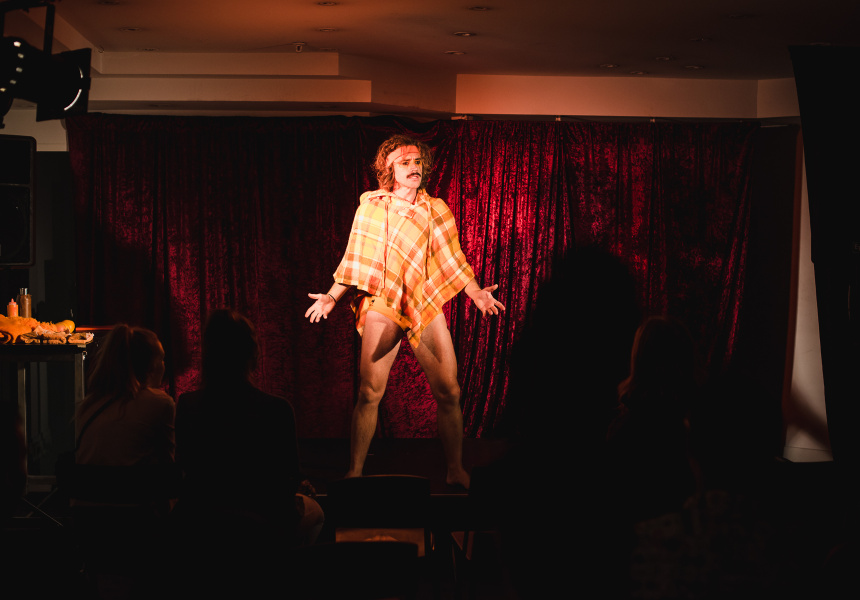 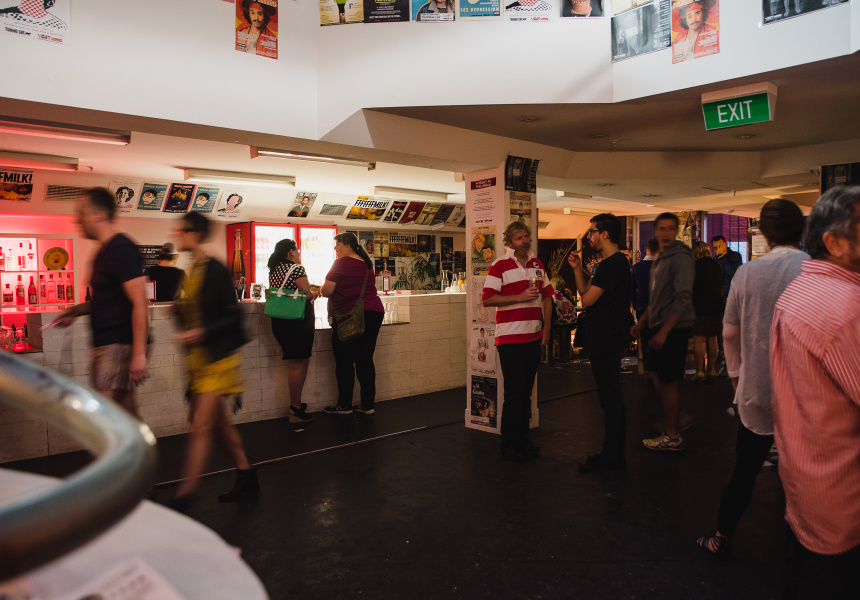 Only an ex-comedian would make his venue so laughably hard to find. Bryan Lynagh’s Tuxedo Cat is buried in an office building on a side street. Yet it’s become the unofficial home of new, low-budget and experimental performance during Adelaide Fringe. In the middle of the second biggest arts festival in the world, it feels like a haven from the ever-growing, park-based mega-venues.

“There’s a community woven into the fabric of this building,” Lynagh says. The walls are covered with posters and street art. Performers and audience members mingle here long after shows finish. Lynagh believes the Adelaide Fringe should always be about the artists, and the home he built for them places their work first.

The venue roamed around Adelaide from 2008 before settling in Hyde Street. Amanda Palmer performed a secret gig at Tuxedo Cat’s North Terrace location in 2012 and American comedian Phil Burgers (aka Dr Brown) cut his teeth here. Performers who followed in Burgers’ clown boots and studied at French theatre school École Philippe Gaulier have similarly trod his path to this very stage.

In eight years, Lynagh and his partner Cassandra Tombs have witnessed big shifts in their venue and in the Fringe. “The emphasis has been taken off the shows and the art,” Lynagh says. “Street parties and drinking beer in parks have had more of a profile than the quality of shows that are being offered to audiences.”

Running Tuxedo Cat has been something of a rollercoaster, and for this year’s festival Lynagh puts it all on stage in A Night at the Venue. It’s a satirical but joyous and honest telling of the guts and glory of running a venue.

It wasn’t easy. Tuxedo Cat started as a rooftop venue on Synagogue Place, and Lynagh and Tombs struggled against a regulatory framework that had little understanding of independent arts ventures. “We were always bound by the old-school liquor licensing attitudes, and council and government attitudes,” Lynagh says. “There was a lot of resistance to anything new at the time.”

For years they fought the red tape. Lawyers would promise to help, then back away. “Before the small venues license happened it was horrific,” says Lynagh. “There has been a cultural change amongst the bureaucrats and I think things are a bit easier now. I’ve lost count of the rooftop bars in Adelaide.”

For Lynagh, Tuxedo Cat is about putting performers first. The team works to keep venue hire fees low, and there’s now a sister venue in Melbourne – also called Tuxedo Cat – offering continuity for artists working across festivals. “We are grassroots,” he says, “but the care factor for the artists and their vision is high. I would like to think that the support is as well. I looked through the Garden of Unearthly Delights program and about half of the performers have been through Tuxy Cat at some point.”

It’s this entry point for artists that Lynagh is especially proud of. He anticipates watching the development of the team behind A Night at the Venue, many of who are Flinders University graduates.

It’s a passion project for all involved. “You see a lot of people at various points in their career just walk away because it’s too hard or they’re not breaking even, and yet you see them with these incredible skill sets,” Lynagh says. “In a way the strong survive, or the ones that persevere survive, but I like to think if they come through Tuxy Cat their journey is made a bit easier.”