What to See at Adelaide’s Umbrella Festival This Winter

Free open-air gigs, a space-themed “lunar boogie” and a bedroom recording studio in Rundle Mall. With more than 250 events, this year’s Umbrella: Winter City Sounds is bigger than ever, so we’ve hand-picked the best of it for you. 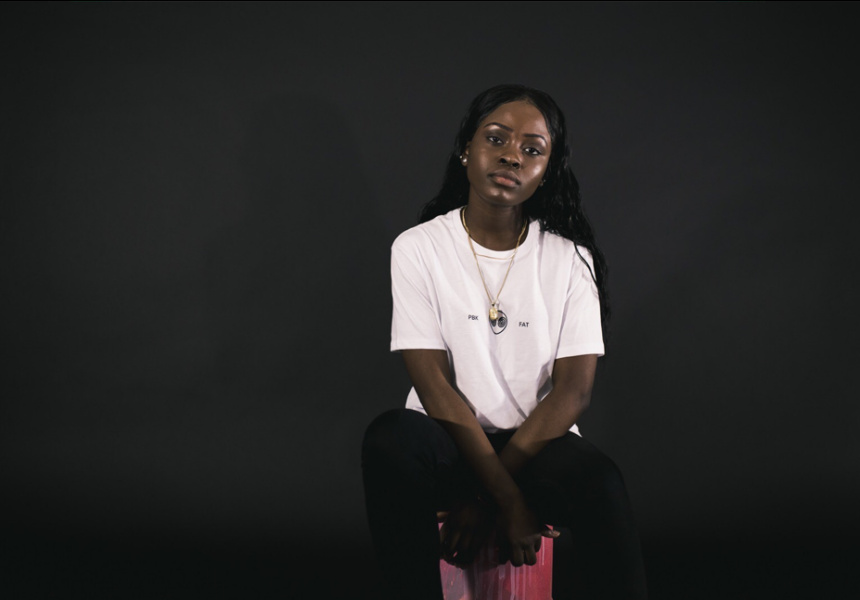 Now in its fourth year, Umbrella: Winter City Sounds has become a welcome respite from the depths of the Adelaide winter.

Established to get people out and about during the perceived lull between the big-ticket events of March and October, the two-week festival by Music SA combines open-access and curated performances of live and local music.

Speaking to Broadsheet, CEO of Music SA Lisa Bishop says Umbrella is vital for the artists and the energy of the city. “Umbrella is a manifestation of our designation as a Unesco City of Music,” says Bishop. “It livens up the city by encouraging people to get out in the middle of winter and it provides work for musicians and commercial outcomes for venues during a typically quiet time … Because Umbrella Festival contains mostly SA musicians, it helps to create a sense of place and something quintessentially Adelaidean.”

Umbrella’s open-access format means any musician can register their event to be part of the festival, something Bishop says is important for variety and inclusiveness, as it “brings about greater diversity of genres … that curated festivals don’t.”

But with more than 250 events to choose from, the program can be intimidating, so we’ve done the work for you and found the best of the fest. Mark your diaries, you’re busy next month.

Back for its third year, Scouted is the premier event for unsigned, emerging Adelaide artists. If you’re looking to catch the next big thing, this is the place to be. Held across multiple venues (including Crown and Anchor, Exeter, The Stag Public House and Sugar), Scouted features newly formed hip-hop duo Homeward Bound (we caught up with the pair recently to learn about their new project), atmospheric indie rockers Dress Code, pub-core legends Ricky Albeck & The Belair Line Band, Kenyan-born soul singer Elsy, and pop-rock duo Towns.

Adelaide’s rock’n’roll dive bar Cry Baby is shutting down Solomon Street for its biggest party yet. The free outdoor gig (with a whopping capacity of 1500) is headlined by Melbourne rockers Kingswood, with sets from The Vanns, Fripps and Fripps, Teenage Dads, Psychobabel and locals Venice Queen. There’ll also be booze by Bacardi, Young Henrys and Pirate Life and snacks by Sunny’s Pizza and Greek-vegan food truck Staazi and Co.

If you’ve visited MOD since it opened in 2018, you’ll know how seamlessly the gallery’s curators blend contemporary art with science and technology. For Umbrella, the team behind the popular club night Endless Grooves is adding music to the mix. Lunar Boogie is a space-themed pop-up party in the heart of MOD exploring futuristic dance music provided by some of Adelaide’s finest DJs –Jura Soundsystem, Paradise Loft Soundsystem and Fantastic Black Plastic.

One man sits alone in the middle of the city’s busiest pedestrian thoroughfare. Around him are various pieces of recording equipment: a laptop, a synthesiser, perhaps a microphone. This isn’t the pitch for the next Wes Anderson film; it’s Luke Million’s latest project. The superstar producer will sit in the heart of Rundle Mall for four days, producing live for passers-by. Part art installation, part DIY exhibition, Luke’s public bedroom production session is sure to be one of the more curious oddities at the festival this year. He'll be joined by yet-to-be-announced guests throughout the week.

Brand new Adelaide-based record label Part Time Records is throwing a launch party, and we’re all invited. Best of all, local duo Siberian Tiger – the new project of Chris Panousakis (Timberwolf) and Bree Tranter (The Middle East) – will debut their new single, and Wolf & Cub will make their return to the stage with a raucous closing set. Plus, you get a free Part Time Records embroidered patch on entry.

After being robbed of their moment to represent Australia in Eurovision this year, Adelaide’s Electric Fields are heading out on their first national headline tour. The powerhouse duo are known for their hypnotic and fiercely beautiful live performances, and this time they’ll be supported by some of Australia’s First Nations drag queens.

Perhaps the biggest and best event on the Umbrella calendar has been saved for last. The official festival closing party – which kicks off at midday and will run late into the night – is packed with 25 acts spread across stages at the Crown and Anchor, Roxie’s and Chateau Apollo. Catch Adelaide shoegazers Fair Maiden and Blush Response performing alongside David Blumberg & The Maraby Band, Shaolin Afronauts, Young Offenders, The Empty Threats, Delia Obst and more. Plus, it’s completely free.

Umbrella: Winter City Sounds runs from July 12 to 28 at venues across Adelaide. Online event registrations remain open until July 11 and can be completed here.