What to See at Adelaide Fringe 2018

A séance, an intimate car ride, and a sub-aquatic music performance. 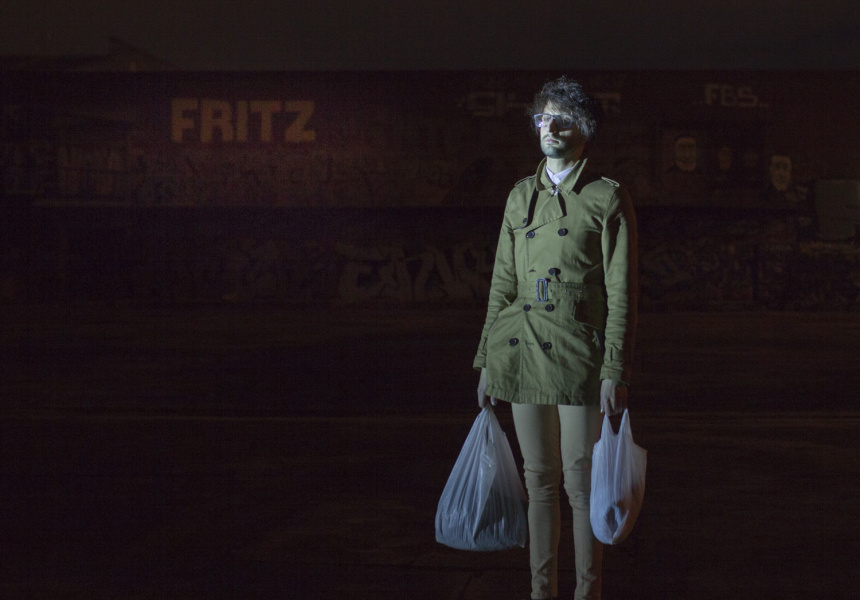 2018’s Adelaide Fringe program is the largest ever, and the result is somewhat overwhelming. With 1224 shows over 442 venues, there’s more than anybody could possibly hope to see. Old favourites and the hits from Edinburgh join innovative new productions throughout the festival season – here are some of the best.

Fleabag
An hour-long monologue of black humour and inappropriate musings, this one-woman show about a recently single, sex-obsessed Londoner has since been turned into a hilarious BBC miniseries. It helped to launch creator Phoebe Waller-Bridge's career and Maddie Rice is now playing the titular main character; a profane, self-loathing anti-heroine who runs a guinea pig-themed cafe. Read more here

19 Weeks
One of the stand-outs of last year’s Fringe, Adelaide playwright Emily Steel's play 19 Weeks was inspired by her own experience of terminating a pregnancy when her baby was diagnosed with Down syndrome. It’s an intimate performance for an audience of 20 seated around a basement pool at the Adina Apartment Hotel – expect this to sell out again. Read more here

Séance
In a pitch-black shipping container, 20 audience members prepare to take part in a séance. The only sensory input is the 3D sound coming through their headphones, and they have to decide what is real and what is simply part of the show. Judging from previous seasons, this one is best avoided by those with a nervous disposition or claustrophobia.

Wet Sounds
In a fringe program packed with immersive experiences, this one stands out. A live DJ, choreographed scuba divers and underwater speakers will make for a memorable night at the Adelaide Aquatic Centre – just don’t forget your bathers.

Dion
Dion takes place in the backseat of a Honda Jazz, for an audience of three. As the car drives around Adelaide’s backstreets, a story of heartbreak and redemption slowly unfolds in this tightly choreographed performance. Or you could get stuck in traffic – who knows?

Hitchhiker’s Guide to the Family
Poetry slam champion Ben Norris wanted to get to know his father better, so he hitchhiked to every place his dad had ever lived. Journeying through the past, he eventually arrived at his father’s birthplace and the result is a sentimental performance that muses on familial bonds and masculine identity.

Anya Anastasia: The Executioners
Local cabaret star Anya Anastasia's latest show will be a more stripped back affair than her previous offerings, with a focus on satire and social commentary. She’ll turn her sights to our increasing dependence on social media in the private and political realm – staged at the culmination of one of the most unpredictable elections in our state’s history.

March 8-12
Queens Theatre at The Lab