A lifesize doll house you can walk through; a whimsical, miniature performance by fingers; and a wordless take on climate change – here’s what we’re booking tickets to this year. 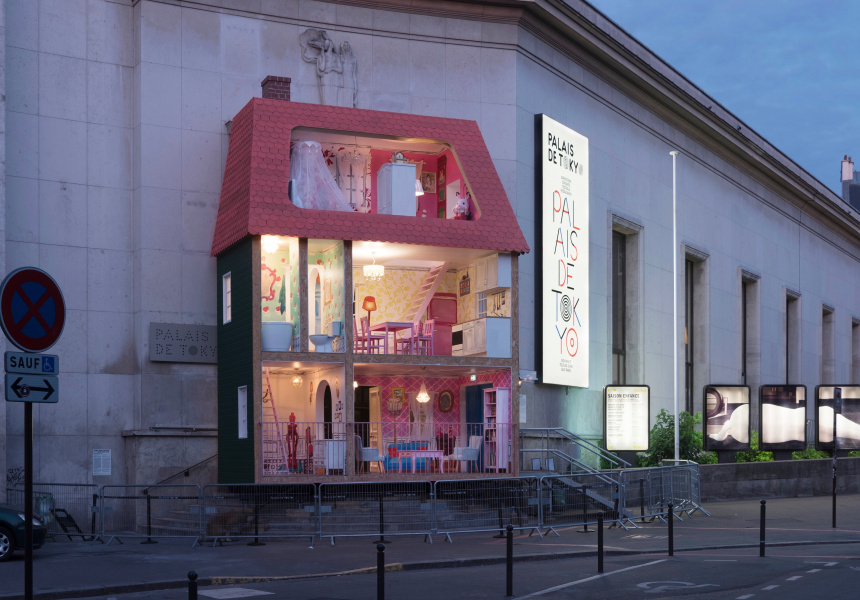 It’s the time of year when Adelaide truly embodies its number-plate fame as “The Festival State”. But don’t let fatigue set in – we’ve got another month to go, and another festival on the way. Adelaide Festival returns this Friday with 18 days of innovative theatre, dance, music and visual art from Australia and all over the world. The fourth year under festival directors Neil Armfield and Rachel Healy also marks the festival’s 60th anniversary. In short, it’s a big one. Here’s what we’re looking forward to.

The Doctor
This gripping modern adaptation of Arthur Schnitzler’s 1912 Viennese drama Professor Bernhardi comes fresh from London’s West End where it performed to packed houses and rave reviews. The original play’s male protagonist is now Ruth Wolff (played by Olivier-award winning Juliet Stevenson), a doctor at a private hospital where a 14-year old is fighting for her life. The show navigates issues of of freedom of religion, identity politics, medical ethics, gender and class while constantly confounding our perspectives.
February 27 to March 8, Dunston Playhouse

A Doll's House
A life-sized doll’s house is the stuff of childhood dreams. And now it’s a reality thanks to visionary Japanese artist Tatzu Nishi. Step inside and experience the “perfection” of home life through the lens of a child, pink walls and all. This three-storey structure will be set up in Gawler Place and free to enter. It’s only the second time it’s been built; the first incarnation stood outside the Palais de Tokyo in Paris. Nishi has been crafting his works in public spaces since 2000, allowing visitors to experience them at their own pace and with their own thoughts. It’s a presentation with no agenda except to ask us to consider our surroundings. There’s even a toilet (though we suggest you don’t use it).
February 26 to March 15, Gawler Place Canopy

Cock Cock.. Who's There
Six years ago, Finnish-Egyptian filmmaker Samira Elagoz was raped by her then-boyfriend. A year after the attack, Elagoz conducted a series of filmed conversations that detail her family and friends’ responses to the assault. Her research progressed to interactions with strangers in their homes, delving into consent, gendered power dynamics and female sexuality. The result? Cock Cock... Who’s There?, an uncomfortable yet brilliantly bold subversion of victimhood and a powerful reclamation of self.
February 28 to March 3, Main Theatre, AC Arts

Cold Blood
This superbly unique show brings together comedy, dance, theatre and storytelling through the simple art of finger-tutting (or “nano-dance” as its creators call it). Belgian couple Michèle Anne De Mey (a choreographer) and Jaco Van Dormael (a filmmaker), alongside writer Thomas Gunzig, have crafted a live show with only fingers, hands and forearms visible, projected onto a screen for audiences to see up-close. The inspired and darkly comic show weaves together the tragic tales of seven deaths, oscillating from comical to emotional, and back again.
March 5-8, Ridley Centre, Adelaide Showgrounds

Dimanche
Silence can speak volumes. So the message behind this multi-faceted family-friendly play – “a wordless call to arms against our own ravaging climate monster” – is loud and clear. Deep in the North Pole, three filmmakers battle the elements. They’re on their way to capture a part of the world that’s fast disappearing. Belgian companies Chaliwaté and Focus cleverly tackle the climate disaster with whimsy and comedy, using puppetry, video, mime and some very adorable life-sized polar bears.
February 28 to March 7, Space Theatre, Adelaide Festival Centre

Bunggul
A show that brings together song, dance and ritual, Bunggul honors and celebrates the music of the late Gurrumul Yunupiŋu. The stage production presents Gurrumul’s final album Djarrimirri: Child of the Rainbow with the Adeaide Festival Orchestra and traditional Yolŋu dancers and singers. At the heart of the performance, and indeed Gurrumul’s album, is the union of the contemporary and the traditional, and the common need and love for the land.
March 2-3, Thebarton Theatre

Black Velvet
A stunning duet of dancing, Black Velvet sees American Shamel Pitts and Brazilian Mirelle Martins perform an arresting dance routine where bodies intertwine before the audience’s eyes. Pitts and Martins are half naked, heads shaven, their bodies melding into one another: it’s a powerful exploration of the masculine and feminine, vulnerability and power. Clever lighting and video mapping by Brazilian multimedia designer Lucca del Carlo adds to the feast for the eyes.
February 28 to March 2, Odeon Theatre.

Fire Gardens
This glowing outdoor art installation comes from the world-renowned French collective Compagnie Carabosse, who return to Adelaide Botanic Gardens after appearing at Womadelaide. Over four nights the city's green lung will transform with fiery sculptures, terracotta urns and handcrafted fire pots, all holding thousands of flickering individual flames. Last year, Brisbane Festival rescheduled the much-anticipated show amid safety concerns during Queensland’s total fire ban, and the bushfire emergency that had engulfed parts of the state. In light of the fires that ripped through parts of South Australia last month, Adelaide Festival will donate profits from the installation to the Lobethal Bushfire Recovery Fund, the KI Mayoral Relief & Recovery Bushfire Fund and the RSPCA South Australia Bushfire Appeal.
March 12-15, Botanic Gardens