What to See at the 2019 Adelaide Festival

Apocalyptic dance, an odyssey across Africa, and one scene performed 100 times. 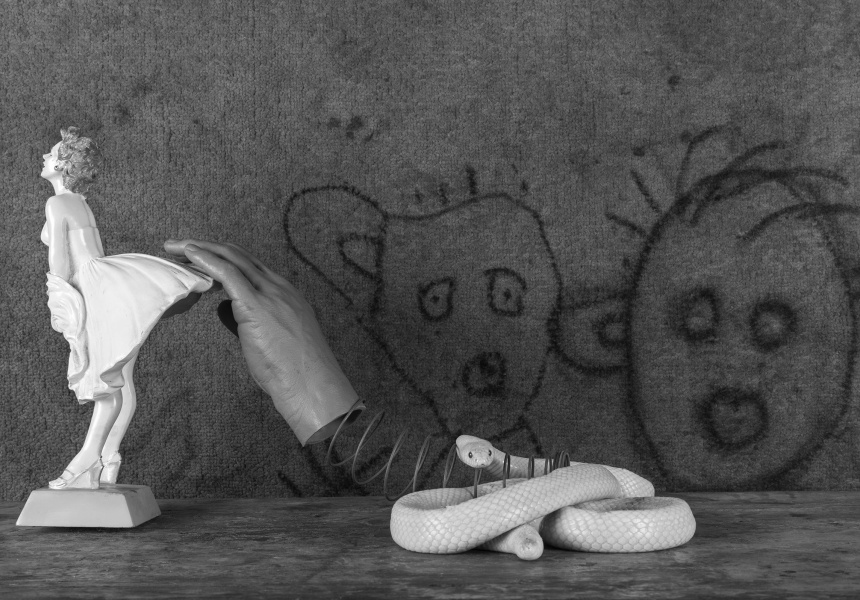 February in Adelaide is a full-frontal assault on the senses, and March is even more extreme. We’re here to make life a little bit easier. Here are seven Adelaide Festival shows worth clearing your schedule for.

Grand Finale
We live in dark times: the environment is being destroyed, temperatures are rising and facts are being suppressed. This apocalyptic contemporary dance performance doesn’t solve those problems, but it’s a fitting last party as our world disintegrates. Violence and laughter abound in choreographer Hofesh Shechter’s frenzied last waltz that mixes Israeli military precision with wild folk traditions, and includes a live band and moveable set.
March 15–17, Festival Theatre

Second Woman
One woman relives the same scene 100 times over a 24-hour period. Each time, she acts opposite a new male lead and – though the script is unchanged – the performance evolves with each iteration. The Second Woman is a richly nuanced exploration of gendered power relations, hailed by The Guardian as “one of the finest examples of independent Australian theatre in years.” This is only the fifth time it’s been staged, and it’s unlikely you’ll have another chance to see it. Read more here.
4pm March 10–4pm March 11, Space Theatre

Rolling Blackouts Coastal Fever
This is the soundtrack to long, hot summers spent at the beach shack waiting for life to happen, when even going to the servo for an ice-cream seems like too much effort. Combining jangling guitars and soaring choruses reminiscent of The Go-Betweens, Rolling Blackouts Coastal Fever delivers laid-back, iconically Australian indie rock at its best. And the semi-outdoor setting of the Palais on a warm summer night is the perfect setting.
March 16, The Palais

Schuldfabrik
“Made from people for people.” Julian Hetzel’s sales pitch is unusual to say the least, but his soap (made from fat removed through liposuction) is just the starting point of an examination into whether guilt can be commodified and used to improve the world. The installation includes a concept store and “factory” where audiences can see how the soap is made, watch liposuction being performed, and explore other aspects of the process of turning this idea into reality. Read our interview with Hetzel here.
March 1–4, 7–10, 13–17, Secret Location

Roger Ballen
You’ve probably appreciated Roger Ballen’s work, even if you haven’t realised it. In the wildly colourful, barely-controlled chaos of Africola’s interior, it’s his stark black and white photographs that stand out most. Intimate portraits of South Africans in private spaces sit alongside “documentary fiction” that explores a shadow world rich in symbolism. At turns beautiful and disturbing, his masterful use of light and dark is on display in this retrospective of his confronting and imaginative work.
February 27–March 31, GAGPROJECTS (39 Rundle St, Kent Town)

A Man Of Good Hope
Based on a true story, A Man Of Good Hope portrays one man’s journey across Africa in search of a new life. After witnessing his mother killed in front of him in Somalia, Asad Abdullahi is beset by tragedy throughout his entire odyssey, but this is a story of relentless optimism in the face of overwhelming odds. The cast of 25 switches between song, dance and theatre in this exuberant performance that evokes profound empathy both for Abdullahi and his tormentors.
March 5–11, Royalty Theatre

Man with the Iron Neck
In this co-commission by Adelaide Festival, soaring aerial performance collides with delicately scripted storytelling. In a small town with a tight-knit community, Ash loses his best friend to suicide. He becomes obsessed with early-20th-century circus performer “The Man with the Iron Neck” – who would jump off bridges with a rope tied around his neck, and survive. This show by physical theatre company Legs On The Wall is a window into the crisis of Indigenous youth suicide, but it’s less a story about loss than it is a story about embracing life. Read our interview with the writer and director here.
March 8–11, Dunstan Playhouse

Adelaide Festival runs from March 1 to 17. Tickets are available online.