New performing arts company Theatre Republic tells modern stories worth getting off the couch for. 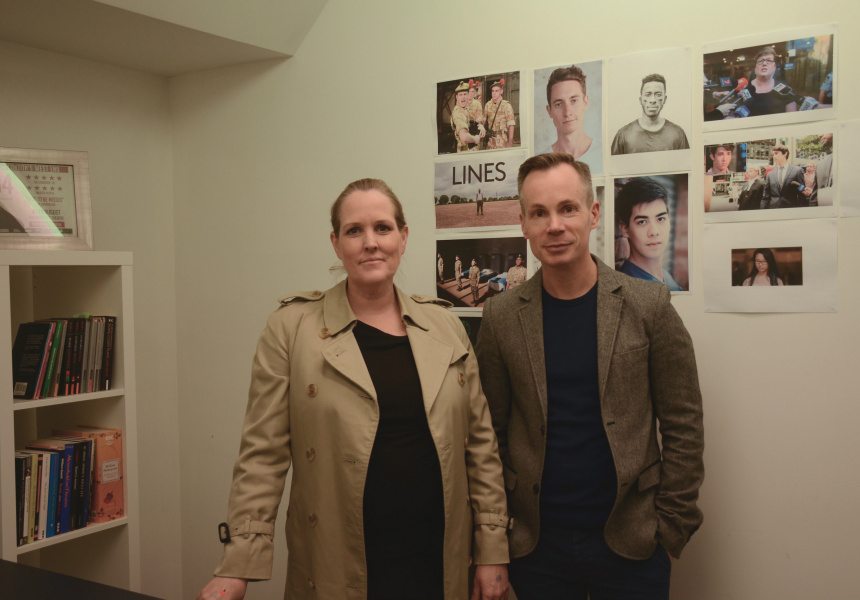 Adelaide and the Arts; a quintessential odd couple. On the one hand we’re “The Festival State” with arts and fringe events among the world’s biggest (when you’re talking revenue). On the other, our audiences are notoriously apathetic outside the frenzy of Mad March, making it difficult for artists to sustain year-round careers.

This isn’t news to local theatre-maker Corey McMahon. “If I had a dollar for every time I heard my non-theatre-going friends say, ‘The Fringe is on. I might go and see a show’ – as though it’s a special, one-off event – I could probably fund my shows.”

By “my shows” he’s referring to those currently in development by Theatre Republic, a new company he launched earlier this month. “Theatre Republic was born out of a desire to breathe life back into the independent, small-to-medium theatre sector,” McMahon says.

Familiar as he is with the struggle confronting performing artists in his home state, floating your own theatre venture might seem like an odd move. But McMahon believes his industry is close to imploding. Someone had to act. “We have to take ownership of this and run with it,” he says. “The alternative was no theatre.”

McMahon was part of the team behind the adaptation of George Orwell’s 1984 that toured nationally in 2017. He’s worked extensively with The State Theatre Company of South Australia, Griffin Theatre Company (NSW), Out of Joint (UK) and more.

Theatre Republic positions itself as an antidote to streaming and binge culture. It champions the immediacy, fragility and affectiveness of live performance. “Theatre has a lot of competition,” McMahon says. “How do we get audiences back in and speak to them in a way that captivates them the same way the newest Netflix series does?”

The answer, according to McMahon, is dynamic, engaging stories that play out in front of our eyes, in nuanced ways, every night. “If you look at the way narrative works in contemporary culture, modern audiences read stories and respond to stories very quickly,” McMahon says. “They’re a very intelligent and literate audience. We want to make sure theatre is operating at that level.”

Theatre Republic’s debut show, LINES by Pamela Carter, is right on top of current events. It tells the story of four young men searching for a sense of meaning, identity, security and family after returning from combat duty in Afghanistan. McMahon says the show’s perfect for people who may not consider themselves theatre types. “We’re about breaking down those assumptions and making sure audiences are the centre of conversations.”

Following LINES, Theatre Republic will prepare two new works: Nil by Mouth by Duncan Graham, a durational performance inspired by the Lindt cafe siege, lasting 16 hours and 42 minutes (the exact length of the 2014 siege), and Emily Steel’s Bordertown, based around the experiences of Afghan refugee women Steel met in country Australia.

“At our heart, at the core of the company, is new Australian work,” McMahon says. “You can see the narrative that we’re developing and the stories that we’re trying to tell.”

While it can be difficult to attract audiences to theatre year round, in the industry it’s social and supportive, says McMahon. He received a Spotlight Residency from The Mill to develop LINES, and says he’s humbled by the encouragement and good will offered by State Theatre Company and Brink, as well as key leaders in the arts community such as Rob and Geordie Brookman. “I feel like that’s unique to Adelaide and a thing we’re lucky to have.”

McMahon is also inviting the public to get involved and show its support via The Australian Cultural Fund.

“The world is a crazy old place,” says McMahon. “Hopefully the work we create is stuff that people really connect to and relate to, and will help them gain an understanding of the world in some small way.”

LINES will play at The Bakehouse Theatre from October 26 until November 1.