The Adelaide musician, sound engineer and founder of Girls in the Mix talks industry inequality and forging pathways for young women artists. 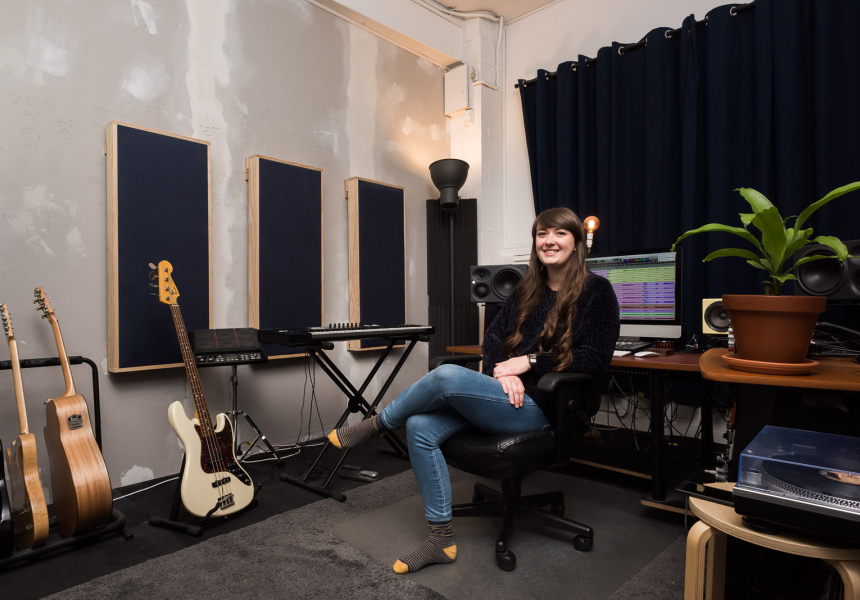 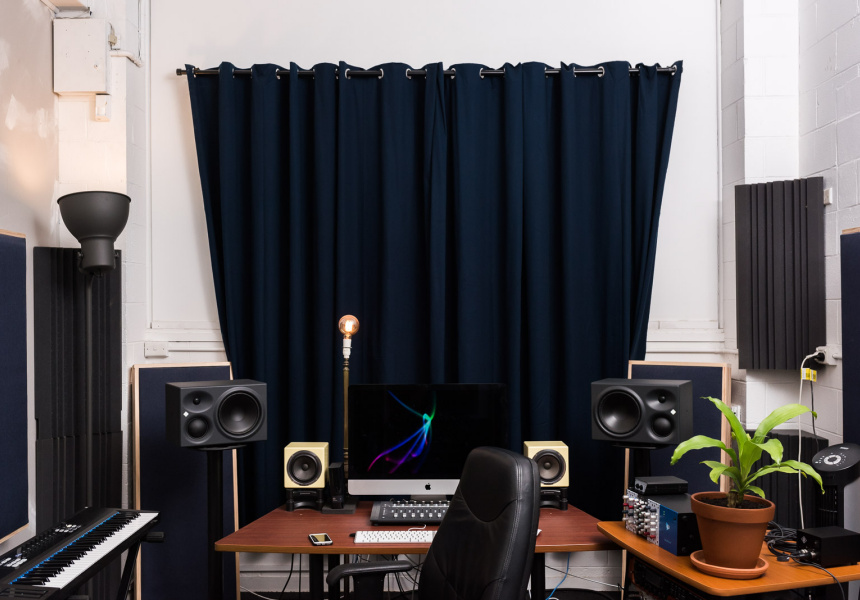 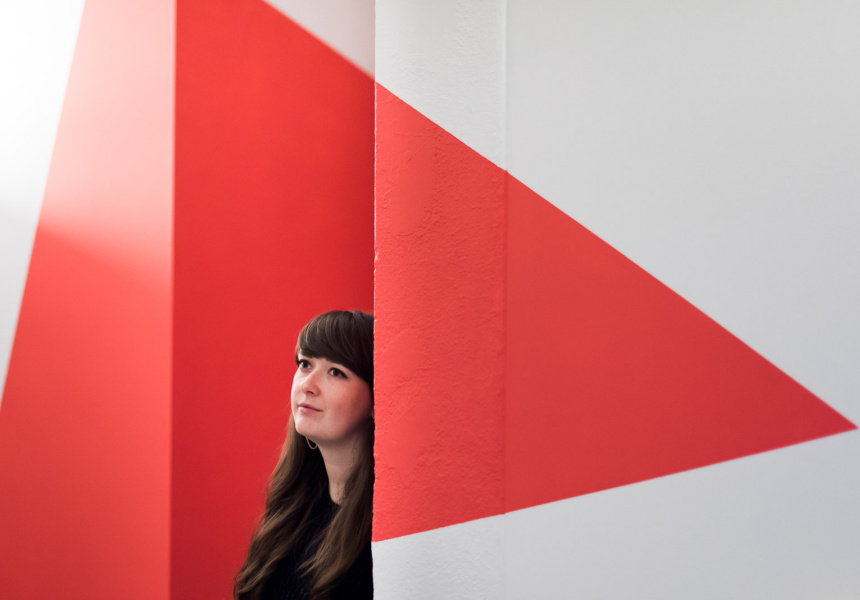 “Often it’s either ‘you are Beyonce or you are a failure’,” says Emily Bettison. The Adelaide musician and audio engineer wants to show there are all kinds of possible careers in the music business.

We’re sitting in her production studio at The Mill. Bettison (who performs under the name Ferrns and in the band Mackenzie) swivels between keyboards of the computer and musical kind. “I use lots of virtual instruments – drum machines, synths, basses [and] even vocal samples,” she tells us. “I’ll load them up on here and tweak them like … [makes robot noises]. I spend a lot of time at the vocal microphone too, recording vocals and layering them up, doing backing oohs and stuff.”

When she’s not making music (or coffee – “A girl’s gotta pay bills, right?”) Bettison spends time mentoring other aspiring artists through Girls in the Mix (GITM). “Put very simply, Girls in the Mix is my effort to address the gender imbalance in the music industry,” she says. Specifically, she’s “supporting, empowering, educating and providing confidence to young women in Adelaide”.

“At the moment it’s pretty relaxed,” Bettison adds. But she has big plans. GITM offers songwriting and recording workshops, including how to use software such as Pro Tools, to high school and tertiary aged women. “They’re all small groups [of] five to eight kids-slash-ladies,” she says. She also selects participants for one-on-one mentoring.

Historically, studio engineering has been a male-dominated profession. It’s technical and involves a lot of what Bettison calls “plugging things in and stuff”. “In general I think people see that as more of a masculine thing,” she says, “and they see the more feminine thing [as] being a singer.”

Over her career, she’s worked with male artists who seem to buy in to this notion. “One of them, he haunts my memories and my dreams,” she says. “He had no idea [about production]. He played the acoustic guitar and that was it. Bless him. But at every step of the way he was like, ‘Have you plugged that in right?’”

At first she put it down to creative dynamics. But as Bettison gained experience and watched male colleagues work she thought, “Wait a minute. They’re working with a band and the band is asking them for advice and respecting them? That’s suspicious. I did and do get treated differently than my male peers.”

As a teenager Bettison was steered away from the profession she now loves by a teacher. “I said, ‘I’m really into music. What paths are there?’ [and they said] ‘There’s either teaching – which you’d be good at – or there’s audio engineering, but that’s not for you.’” She would eventually – and quite incidentally – discover a way of combining both, but as a 16-year-old, that advice was enough to scare her off.

She took a different route, enrolling in graphic design. But it didn’t stick. “Every single assignment that I did was based around music anyway,” she admits. Bettison transferred to the SAE Institute to study a Diploma of Audio Engineering, where she was one of three women in a class of 20, “which was actually pretty good,” she says. She then moved on to a Bachelor of Music in Popular Music and Creative Technologies at the Elder Conservatorium of Music at the University of Adelaide. “It was good, in that it forced me to write,” she says. “I’d gone a year or two without writing anything and that was really scary … I didn’t want to deal with it because if I wasn’t a musician I didn’t know what else I was.”

That process of mandated creativity formed a framework that now drives Bettison to keep doing, keep making and keep experimenting. “As a creative person you’re in charge of your own output,” she says. In the studio, Bettison sets herself regular tasks – such as recording a song in two hours – to keep up the habit. At the end of the time limit, she packs away the idea – even if it doesn’t feel finished – and moves on to something else.

Bettison built the studio space almost from scratch as part of The Mill’s recent expansion, alongside band members Michael Carver and Bethan Maddison and Simon Kither. Committing to a 12-month lease and applying for a business loan was a huge risk for the group. “It was quite a big financial decision for us,” she says. In years spent dreaming of life as a career musician, Bettison says she never imagined being called upon to cut timber, erect walls and learn about insulation. “Building a studio, and now working here, has just slingshot-ed me into living and breathing music.”

Working on her own music has helped Bettison develop her practice of producing for others. “The role of a producer can completely change the direction of a whole song, or a whole album,” she says. “It’s super powerful.” Right now she’s listening to the Song Exploder podcast – a series that invites artists to disassemble a song and share the stories behind how it was made. An episode featuring Lorde talks about a producer’s influence, and it’s fired-up Bettison with renewed verve.

She also has her own podcast in the works; an interview series aimed at emerging musicians and “shining a light on successful women in the industry and providing useful information.” She promises some big names, hoping they’ll help reiterate her message that talent alone is not enough – and stress the role resilience and commitment play in propelling yourself towards success.

“People do it. People are famous from music. People make a living from music. So why shouldn’t you?”