Strike a Pose: The ASO Wants You to Express Yourself 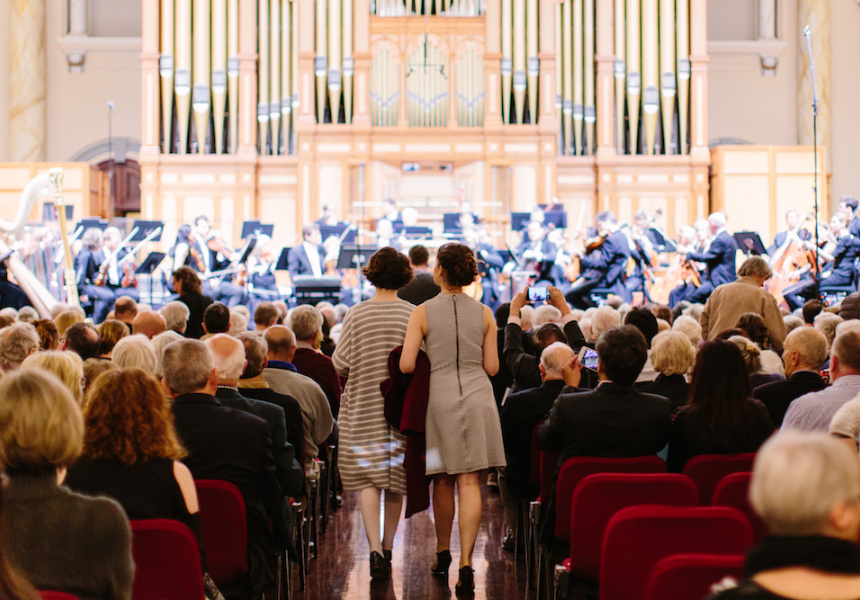 “When I started listening to Dvořák’s Symphony No.9, I could see vogue dancing [in my mind]. That was the starting point for the New Worlds Ball,” says Kane Moroney, the ASO’s audience development coordinator.

As part of the orchestra’s 30 and under program, ReMastered, the ASO will present a night of dance and classical music, “which will open people’s minds to what the orchestra can offer and break barriers between two very different worlds,” Moroney tells Broadsheet.

The evening will begin at 8pm with the world premiere of Weave, a concert conducted by the ASO’s composer in association, Cathy Milliken. Weave, as the name suggests, will combine different cultures and themes to highlight both new and old traditions in music. British violinist Anthony Marwood will then take to the stage as soloist for Schumann’s Violin Concerto in D minor, a work that was hidden away for 80 years. Finishing the concert is Dvořák’s famous Symphony No.9 From the New World, which has found its way into pop culture.

“This is incredibly popular classical music,” says Moroney. “This symphony has influenced film music such as Jaws and Star Wars. The likeness at times is uncanny. We thought it would be great to include because of how it ties into bringing two worlds together.”

The concert will be followed by the New Worlds Ball at 10pm. The event is inspired by the Ballroom scene in 1970s New York, which gave rise to the vogue dance genre. The dance took its name from the famous fashion magazine and inspiration from the poses that adorned its pages. It provided a liberating and empowering means of self-expression for members of the LGBTQI+ community.

“A ‘ball’ was a place people who were struggling because of attitudes toward their sexuality could go to belong and express themselves through dance,” says Moroney, “It was a welcoming space where you’d forget about your reality and adopt a fantasy persona for an evening.”

The New Worlds Ball will feature a full-length runway in the middle of the room, where guests will be encouraged to show off their best dance moves and vogue the night away. Moroney assures us there’s no pressure to be an expert dancer, but that people should “pose and express themselves in a way that they feel comfortable”.

Featuring performances from local vogue dancer Aki and beats by DJ Pillow Princess, the ball will create a space for classical music and dance culture to exist together in the same room. “When vogue emerged in Harlem in the 1970s, an incredible culture emerged where LGBT+ people could find community and express themselves through music and dance,” says Moroney. “This idea exists very heavily in orchestral music, this idea of expression and community. The point of the night is to try and open people’s minds to the community the orchestra can offer.”

ReMastered: New Worlds Concert is on Friday September 27 at The Adelaide Town Hall. Tickets are $75 and include entrance to the ball, food, and drinks from Mr Mick Wines and Pirate Life.