Rumpus Is Raising the Curtain on Local, Independent Theatre

An ambitious new theatre collective is rising in Bowden. 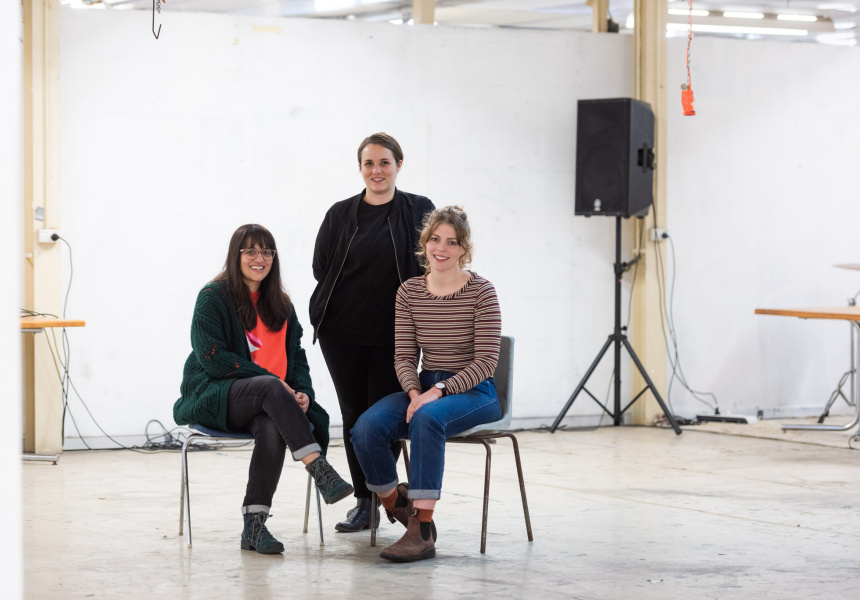 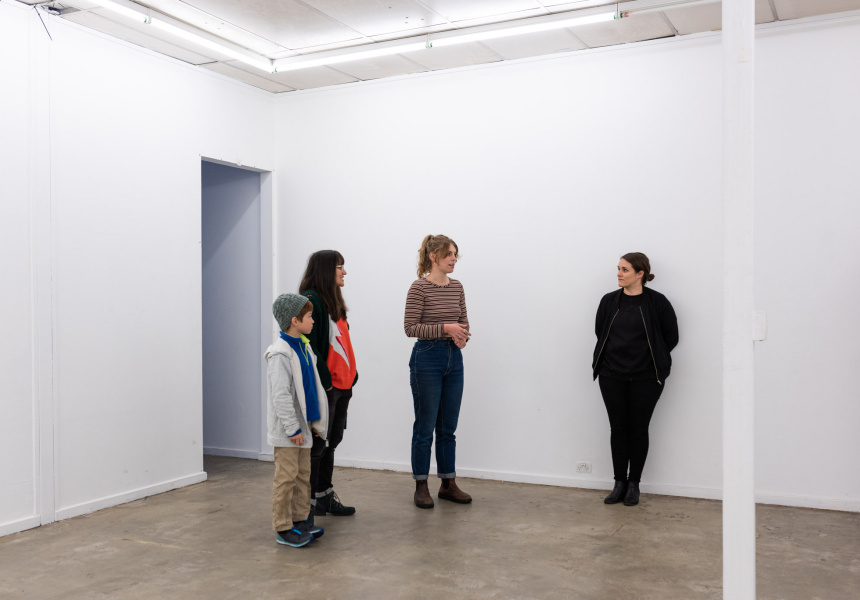 She's steering the new theatre venture – “a collective of independent performers and theatre-makers” – with co-facilitators, actor Rebecca Mayo and director Yasmin Gurreeboo (ActNow Theatre). The concept developed over a year-long discussion and “Full-on community consultation,” says Jelk, reiterating that Rumpus exists thanks to a large pool of people.

In a time when Adelaide’s major-festival focus is arguably doing more harm than good to emerging performers, Rumpus presents an innovative model with a team of zealous collaborators intent on reigniting a cultural scene that was once the envy of the nation.

The group first met in June last year to discuss issues faced by their sector and to workshop solutions. The consensus was that, “We don’t have any other curated spaces for theatre in Adelaide … aside from Vitals [Vitalstatistix] and State Theatre,” says Jelk. Independent theatre is often overlooked by audiences who don’t recognise its value as a standalone platform and more than a transitionary step to main-stage performance. There’s also a misunderstanding of the differences between ‘amateur’ and ‘independent’ (professional-level) theatre.

Jelk, Mayo, Gurreeboo, and the artists Rumpus represents, say this is compounded by decades of conditioning by Adelaide’s major festivals and state governments that have audiences thinking good things only happen during Mad March. Thousands flock to Fringe shows and yet, during the other 11 months, independent companies find pulling decent crowds almost impossible. “It’s not a very hospitable environment at the moment for independent artists,” Mayo says.

The team’s expansive new home, in the backstreets of Bowden, formerly housed Fontanelle studios and Sister Gallery and shows limitless potential. Right now it’s a spooky warren of half-torn-down walls and flickering fluros. “Being here with the lights off is not fun,” warns Mayo.

Artist Meg Wilson has been enlisted to redesign the venue as a performance and creative development space with a large foyer and bar, as well as room for offices and hot-desking.

Rumpus targets younger audiences – in their twenties to forties – who, Jelk says, tend to miss out on seeing work made by their peers. Ticket prices will be kept low, and the space itself – worlds away from a traditional, stuffy theatre – will encourage audiences to engage with the work and socialise concurrently. “It’s really starting a conversation and getting to know a bunch of diverse local artists, and acquainting people with what theatre happens in Adelaide outside of festival season,” Jelk says.

Rumpus will encourage audiences to stick around post-show to digest their experience, and perhaps ingest a beer or glass of wine. “In too many places it’s ‘show’s over, bar’s closed, lights out’,” Jelk says – which curtails people’s ability to engage with the art.

The programming panel will change annually, “To make sure there’s always a sense of accessibility for artists,” Mayo explains. The chosen companies each receive a fee from Rumpus towards production and the venue – including basic theatre infrastructure – at no charge. This alone is a huge boon as artists ordinarily wear 100 per cent of the risk when mounting a show. Artists and Rumpus share box office takings in an 80/20 split, and marketing support is also provided.

The group operates thanks to funding from The Australia Council and support from individual artists through to State Theatre Company of South Australia, Brink Production, Patch Theatre Company and others. “There’s a desire to have this thing succeed – and everyone is in it together,” says Mayo.

This sort of innovation is crucial to the survival of Adelaide’s arts ecosystem. Without a sustainable stage on which emerging creatives can experiment, mature and even fail, our state’s cultural output will dwindle. Jelk is excited to put forward a platform where risk-taking is encouraged. “We think the audience will be along for the ride with us – because it’s really fun!”

Rumpus's debut season is out now. For the full program visit rumpustheatre.org.