“It's like role-playing without actually putting a gimp mask on.” 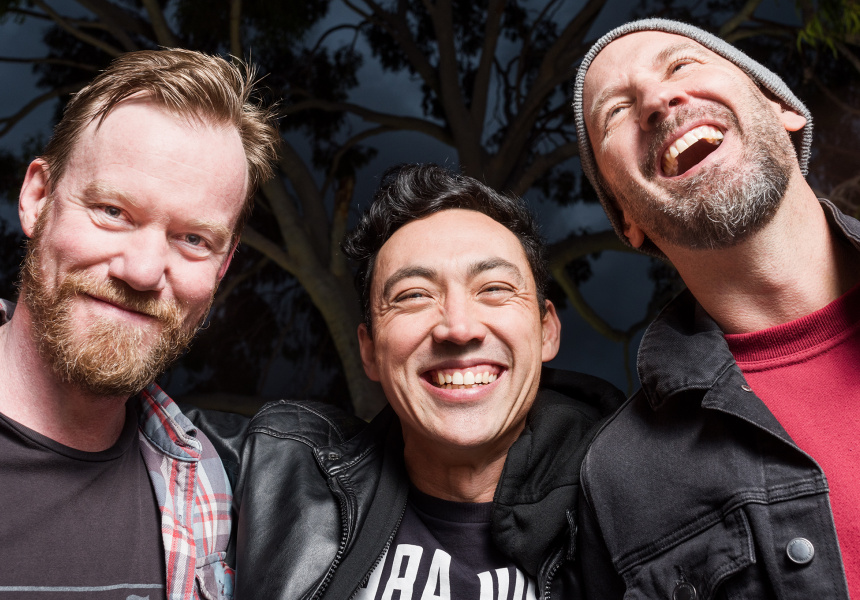 Growing up on the outskirts of Brisbane in the 1980s, Ben Ely didn't have much exposure to anything outside of mainstream culture.

“The most alternative thing was Metallica or Iron Maiden,” he recalls. “Everything else was Madonna and Michael Jackson.”

As an adult he'd become one of the founding members of Regurgitator, perhaps the most playful band in Australia's alternative scene over the past few decades. But before that he was just a music-hungry teen desperately trying to find something new and different. Then he heard The Velvet Underground.

“I can remember the day I first heard them. I wagged school and went to a friend’s house because he was playing some records. He had an older brother who played in punk bands, and he had some pretty interesting records and he said, 'You've got to hear this song'.”

That song was Heroin, seven minutes of shifting tempos, primitive chords and a droning viola that screeches and wails as waves of sound mimic the experience of shooting up.

The record it came from, The Velvet Underground & Nico, has a pretty fair claim to being the original cult album. Though commercially unsuccessful on its initial release, Brian Eno famously quipped that everyone who bought a copy started a band.

Despite the impression it made on a young Ely, the only obvious musical connection between Regurgitator and The Velvet Underground is a willingness to experiment. That's exactly how things may have stayed if the band hadn't been invited to play at the NGV last year during its Andy Warhol/Ai Weiwei exhibition. Warhol was the nominal producer of The Velvet Underground & Nico, and Ely suggested playing the album in its entirety for the show.

Rather than a faithful recreation of the music, his idea was to use it as a reference point, likening the process to a new production of a well-known play. “People know how it goes, but you can interpret it slightly differently and make them look at it in a new way.”

To that end, he asked occasional collaborator Seja to join them on keyboards, as well as reaching out to a musician who was scoring a dance show with him at the time.

Mindy Meng Wang is a master of the guzheng, an ancient Chinese stringed instrument similar to a zither. For Ely, this was the element that completed the project. “This beautiful Asian-sounding instrument gives an otherworldliness to the sound. She's a classical musician, so she's very professional and sounds it, too. We're just self-taught idiots, so it's nice to have someone who can actually play an instrument.”

Together, this group replicates the dynamic of the Velvet Underground and Nico. Seja is the tall blonde German who sings Nico's vocals while the members of Regurgitator mirror Lou Reed's pop sensibilities and Wang provides a counterpoint with her classical training, taking over John Cale's role.

Ely and fellow Regurgitator member Quan Yeomans split Reed's vocal duties between them. Yeomans fronts the more pop-oriented songs such as I'm Waiting For The Man and Run Run Run. Ely in turn sings on Heroin, partly because of his history with the song and partly because of his history with the drug, but the song he enjoys performing most is Venus In Furs.

“I like a lot of dark music, and for me it's just the lyrical content and the mood and the general drone-y-ness of it – it's like putting yourself in some S&M dungeon. I imagine myself being some sort of gimp chained to a wall. I think that's the fun thing with performing and music; you can pretend to be other characters and it's almost like acting. Because it's not our music it's like role-playing without actually putting a gimp mask on.”

Regurgitator performs The Velvet Underground & Nico as part of OzAsia Festival on Friday September 29 at the Space Theatre. Tickets are available online.