For their fourth album, the freewheeling punk-country troupe decamped to a 100-year-old deconsecrated Catholic church on an island. 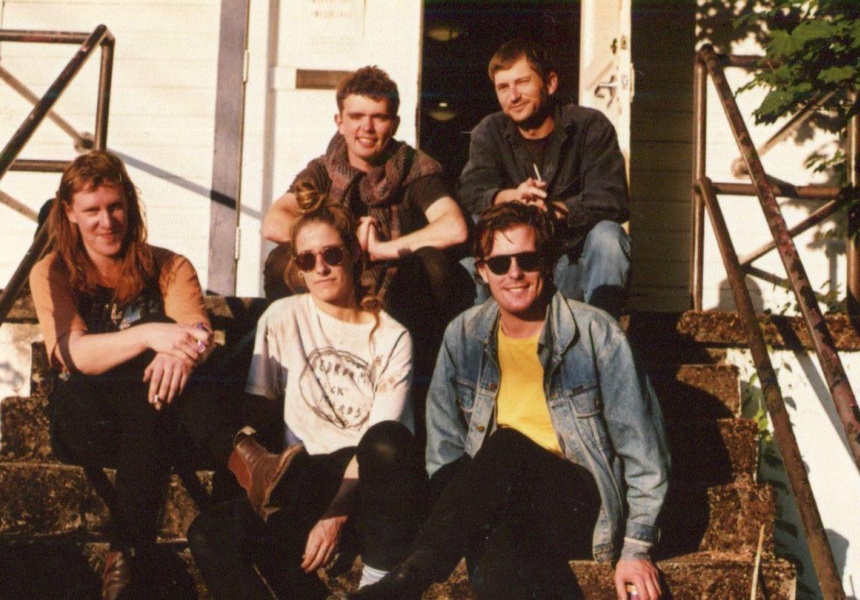 Wireheads and chaos have a dream working relationship. Aside from founder and frontman Dom Trimboli, it might actually be the freewheeling punk-country troupe’s most consistent member. For Lightning Ears, the Adelaide band’s fourth album in three years, disarray proved to be a decisive influence.

“I got this email from Calvin…” Trimboli tells Broadsheet. Calvin Johnson, the enigmatic figure behind US label K Records, produced the band’s second album Big Issues at his Olympia, Washington, studio in 2014 and was all lined up for round two. “Not long before we were meant to be leaving he’s like, ‘yeah my studio’s closing down’. Well that’s a fairly big pickle, I thought. We’d all booked our flights!”

As Trimboli frantically reached out to studios around Washington state, Johnson re-emerged with an intriguing replacement: a deconsecrated Catholic church on a cluster of islands 140 miles up the road. The 100-year-old building housed the studio of experimental folk icon Phil Elverum (Mt Eerie, The Microphones) and producer Nicholas Wilbur, who it turned out had just bought a mixing desk from Johnson – the very same one used on Big Issues.

“It’s in this town called Anacortes, it’s an island right at the top of Washington on the border of Canada,” says drummer Liam Kenny. “It’s beautiful, there’s islands all over the place,” adds Trimboli. “And the basement [of the studio] was the Croatian Club of Anacortes!”

Uprooting six members to the other side of the world made for the most playful Wireheads album yet, twitching with wiry guitar riffs and a loose energy influenced by Marc Bolan. Then there’s Trimboli’s signature drawl – a thumb-over-the-hose spray of mundane and magical imagery, occasionally tugged into a melody by the harmonies of guitarist Harriet Fraser-Barbour.

“It was almost perfectly poised, [we] were just on the edge of knowing the songs when we went over,” says Vic Conrad, a survivor of Adelaide’s ’80s music scene who stuck around on keys after producing the band’s sprawling third album Arrive Alive. “There’s still the freshness, the excitement of discovering the song as you’re recording it. That nice little in-between spot where it’s exciting … but you’re not clueless.”

Tracks like Indian Pacific Express might land a little closer to home, but the band’s time in Anacortes clearly runs into the fabric of the record, from its name (“I called Nick ‘Lightning Ears’ once or twice when I was drunk and it stuck,” Trimboli explains) to the local children who appear on Pluto Was A Planet. “I just went to the local bookshop and spoke to this guy who had kids,” he says of the track, which sounds like it belongs in a dark, alternative universe version of Sesame Street. “The next thing all these kids were there at 10 o’clock the next morning, and we were trying to work out what song they should sing. We realised that all of them were quite graphic, that was kind of the most playful one.”

Between the children’s choir, occasional Coldplay-like piano arpeggio and uplifting Paul Simon grooves, on paper Lightning Ears might look like Wireheads’ play for the big time. But perhaps even more than previous albums, the Wireheads of Lightning Ears are just here for a good time.

“I was trying to write a song that might’ve been on Graceland or something, and I kept saying ‘It’s gotta be more Paul Simon’,” Trimboli says of the bounding, bass-driven highlight Poison Apples. “Dan [Heath, guitarist] refused – ‘I’m not playing that shit,’ he’d say, ‘he’s a thief!’” By the end of the track, the danceable groove had been swallowed whole by a storm of noise from Heath in an act of anti-Simon protest. 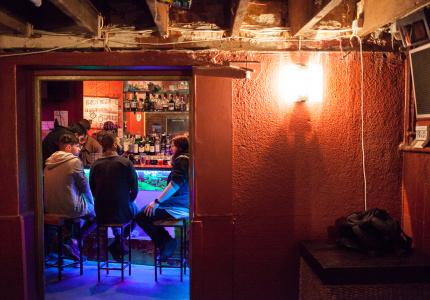