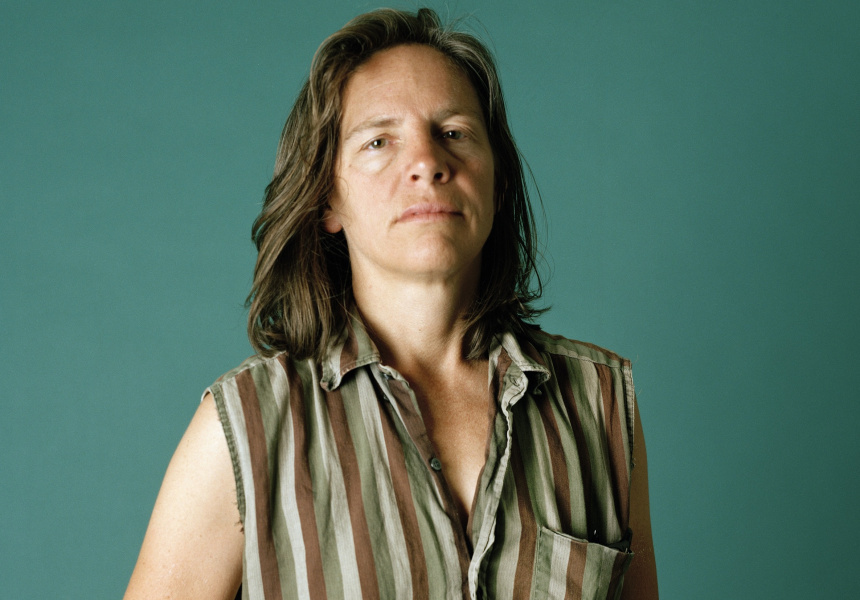 “Rock star of modern poetry”, “gender warrior”, “punk poet”. Eileen Myles has come to accept a certain level of hyperbole in reviews, but there are still some labels the celebrated poet, writer and performance artist rejects. “‘Badass’ I will fight. I really just hate that word.”

It’s little wonder Myles inspires such vigorous commentary. At 66, the cult figure has authored 19 books, including the 1994 memoir-of-sorts Chelsea Girls, several plays and a libretto. Myles’ history is the stuff of legend, coming up in New York’s East Village in the 1970s alongside contemporaries Patti Smith and Andy Warhol, and learning under literary greats such as Pulitzer Prize-winning poet James Schuyler and Beat icon Allen Ginsberg. “He was such a gentle, kind, but completely forthright human being,” Myles says of Ginsberg. “Just a combination of qualities that made you want to be like him.”

Curiously, Myles has also run for president, campaigning as an “openly female” write-in candidate in 1991 and 1992. It was in protest to George HW Bush’s comments that “the politically correct” were the greatest threat to free speech. “People who were activists, who were queer, people of colour, feminists, anybody that didn’t like the deal they were getting in America were suddenly getting called the politically correct,” Myles says.

Recently Myles has chosen to avoid fixed gender pronouns such as ‘she’ and ‘her’. When asked how Myles identifies, the reply is frank, and perfectly simple: “Eileen.”

When asked what impact such a radical and honestly enticing proposition would have on artistic narratives, Myles says plainly, “We’ll start to hear female stories as a normal part of everyday life. We’re trained to forget to notice that we’re completely silenced culturally.”

It’s no surprise, then, that Myles has gained a vocal following from a cross-section of feminist writers, rock stars and artists, including Kim Gordon, Beth Ditto, Lena Dunham and Tavi Gevinson.

Despite this, the multi-award-winning poet has remained in New York’s underground scenes, specifically in the arts and queer communities. That is, until 2015, when Myles’ writing was featured in the opening scene of Paul Weitz’s film Grandma, starring Lily Tomlin. Moreover, Myles was the inspiration behind the character of poet and professor Leslie Mackinaw in the second season of Transparent (created by Myles’ now-partner Jill Soloway). Myles even made a sneaky cameo in one episode.

“I became a native informant on the subject of me,” Myles says. “They would ask me whether I would wear this or that, though they didn’t really use my advice. They were like, ‘we know what a lesbian would wear,’” Myles jokes.

It opened Myles up to a new level of recognition. “In the poetry world I was such a known factor, but in this larger, mainstream world, I was not so. When my publisher picked me up, they finally had a narrative to tell about me – obscure poet makes good – and that story just blossomed.”

Last September, Myles released a collection of new and past work, I Must Be Living Twice: New and Selected Poems 1975-2014, along with a reissue of Chelsea Girls, through Harper Collins imprint Ecco. Those launch parties saw a “gargantuan” turnout. “Like 1,000 people came to my book party in New York, it was nuts,” Myles recalls. “It was a little like a funeral, it was like, ‘am I dead?’ This must be after my career.”

Myles describes the resurgence of interest as the resuscitation of a dying beast. “Like, it was starting to hibernate and then the beast stood up on its hind legs and started growling again. And it just hasn’t stopped.”

Next on the agenda is a book about a time-travelling dog, as well as Myles’ very first Australian tour, which will see the poet reading excerpts from Chelsea Girls and I Must Be Living Twice. It’s safe to say this beast has plenty more growl in it.

Eileen Myles will do a reading at Bakehouse Theatre, Adelaide on Saturday May 28, 7.30pm for an 8pm start, $10 per ticket, $5 concession, RSVP to alison.coppe@adelaide.edu.au. Payment to be made at the door