A new festival from some of Australia’s top talents in food, wine and music. 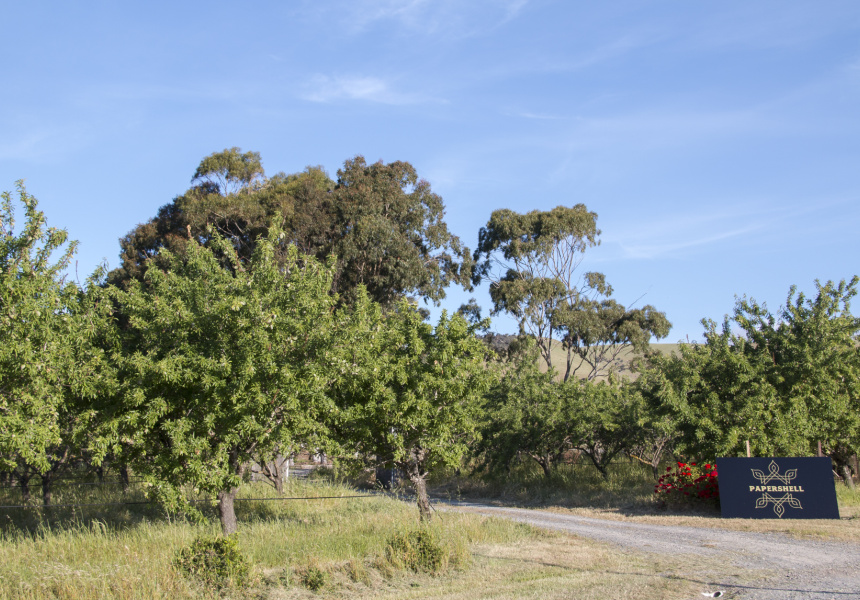 When Surahn Sidhu talks about harmony, it’s not just about music. The South Australian musician (formerly of Empire of the Sun and Flight Facilities) still produces music around the world, but he’s recently settled into a new profession with harmony at its core – farming.

He and wife Jessica bought their almond orchard late last year with long-held dreams of setting up a sustainable farm on the Fleurieu with their young son, Teddy. “I’m trying to apply what I’ve learnt through the music industry, about relationships and harmony, to farming,” says Sidhu.

“If any of us do anything, we reach for people we know are good at what they do,” says Sidhu. “I share the same food ethics as Andre, in terms of making sure things are delicious as well as [having a] love of growing food, and then Nick is obviously our wine guru … there’s no way we can do anything in the wine space without him. ”

The trio has been friends for 15 years. Ursini and Sidhu met in high school and Stock joined the party when Sidhu was a partner in the Ed Castle Hotel. “We’ve all worked together before, too,” Stock says. “Surahn and I have been collaborating on food, wine and music events for six or seven years in and out of Australia. We all understand each other and share the same views, whether it’s about ethics, flavour or location – we just all think the same, so it just makes sense to work together.”

The orchard party signifies the first harvest, and the opening of the property, which includes accommodation, an essential oil distillery, a multipurpose studio space and roaming farm animals. It’ll feature live music from Banjo Jackson, Naomi Keyte, Ollie English and Sidhu himself.

As for the menu, it’s all up to nature. “We’re basically waiting to see what pops up through the garden,” says Ursini. Expect a casual three-course lunch. “I am pretty obsessed with gnocchi, so it could be a gnocchi party,” he says. “We will decide closer to the day. We’re hoping people can pick and choose when they decide to eat and choose a spot around the property where they might just want to set up a little picnic station.”

Much of the produce will be sourced straight from the Papershell grounds. “We’ve got sunflowers coming up, and 50 to 60 tomatoes that we’re growing for Andre, and there’s the chillis, artichokes, potatoes ... you name it,” says Sidhu.

The wine is from Stock’s cellar. “We’re raiding his cellar and presenting the ice-cream truck of wine,” Sidhu says. The only requirement? It has to be delicious. “It’ll be like a lolly shop of wine. I’ve got a lot of wine in a cellar and it’s all there to be shared,” says Stock. “It won’t be just two whites by the glass and two reds by the glass – it’s going to be something different that’s really personal. It’s about the personal interaction and explaining the stories behind the wines and the people that made them.”

Guests are encouraged to wander the farm grounds throughout the day and plant something along the way. “If you don’t plant something when you come, you have to take a seedling or a seed with you,” says Sidhu. He and Jessica hope it will become a regular, seasonal event.

Papershell Orchard Party is on December 2 from 12.30pm to 10pm. Tickets are $75 and available online. Bus transfers are available. Email hello@papershellfarm.com.