Witness impressive kung fu moves from Australia’s biggest action star, listen to the stories behind the nation’s favourite Asian dishes (then eat them), and watch shadow puppetry tell of the many boats that have travelled between Java and our shores over the centuries. Plus, much more. 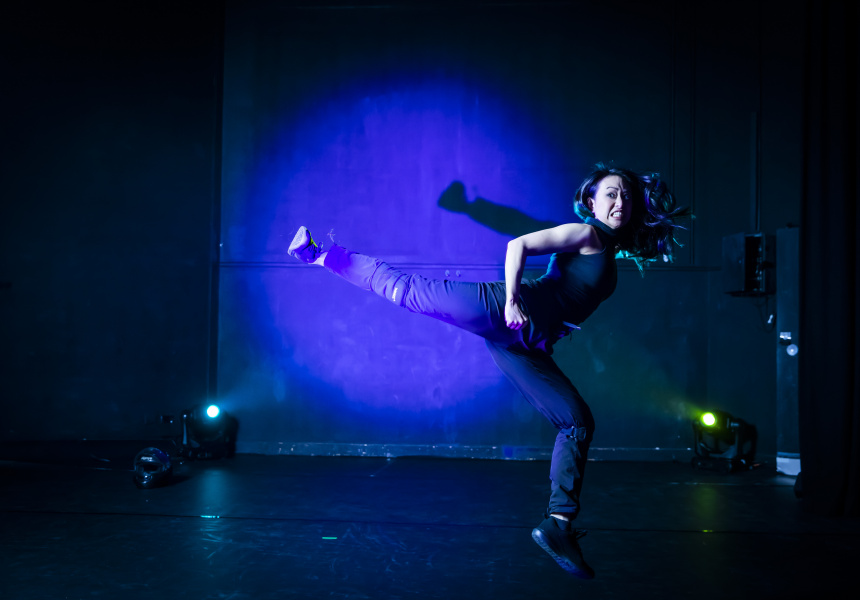 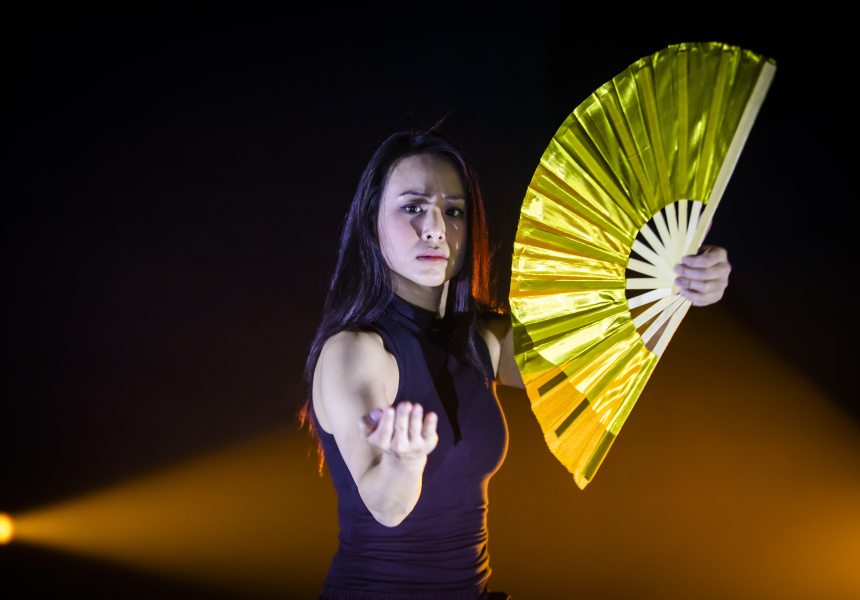 With decades of experience in radio, television, publishing and theatre, OzAsia’s new artistic director Annette Shun Wah tells Broadsheet everything in her career has been preparing her for this position. While nothing could ready her for taking the reins of the innovative and daring multi-arts festival in the midst of a pandemic, she says, “The silver lining is that it coincides with a programming change I wanted to make when I was appointed to this position, which was to increase the amount of Asian-Australian work in the program.”

Shun Wah is also artistic director of Contemporary Asian Australian Performance (CAAP) and her first OzAsia Festival reflects the incredible diversity of work being created by Asian Australian artists today. Rather than attempt an exhaustive overview of an entire continent, Shun Wah has brought the focus firmly back to “our region”, and to works that “have meaning and resonance for Australian audiences”.

The Demon
Written by award-winning novelist Michael Mohammed Ahmad (author of The Lebs and The Other Half of You) and directed by Indigenous-led dance and performance studio Marrugeku’s Rachael Swain, noir-buddy-cop-thriller The Demon is one of four world premieres in this list. Melding physical theatre and magical realism, it tells “the story of two detectives who are chasing a suspected murderer as she leads them from western Sydney to Burrangong, New South Wales – the site of the [anti-Chinese immigrant] Lambing Flat Riots [1860 to 1861],” says Shun Wah. Set in the present day, the production grapples with contemporary racism as well as the horrors of the past and “asks whether there are still ghosts from our past that have an influence on the present day. It will be quite provocative and also very physically exciting to watch, very dark in its mood with humour when you least expect it.”

Double Delicious
“I have to admit to being a bit annoyed at times when people think that Australia’s this successful multicultural country because we have so many different types of cuisines,” says the artistic director. “But the engagement sometimes doesn’t go any deeper than that.” Double Delicious combats that by providing context behind some of the foods we all enjoy. “It’s a really beautiful work with five performers who tell personal stories inspired by a dish that is significant in their lives. It’s presented in a theatrical context; it’s dark and the audience gets so engrossed, and when the story finishes, suddenly in front of them is the dish that they get to eat.”

Action Star
“Maria Tran is Australia’s biggest action star ... in Asia,” says Shun Wah, laughing. “She’s worked on lots of kung fu films as an actor, and she’s also trained others for their fight scenes, but in Australia she’s not very well known at all.” Action Star tells the story of Tran, the daughter of Vietnamese refugees, who grew up in Australia with a passion for action movies and martial arts – and the many barriers she’s had to break down along the way. “It’s a very personal story so it’s really compelling to listen to and watch. Maria has this great persona on stage; the kung fu references are really great fun.”

Perahu-Perahu
The title means “lots of boats”. This work is inspired by the countless vessels that have plied the waters between Java and Australia over the centuries. “But it isn’t a history or even a straight narrative, it’s a much more poetic impression of what the sea has meant for the connection between the countries and cultures,” says Shun Wah. Using overhead projectors and hundreds of figures hand cut from materials as diverse as paper and buffalo skin, Perahu-Perahu is a contemporary take on traditional Javanese shadow puppetry that explores themes of migration, connection, conflict and trade – with a live soundscape incorporating gamelan, gong, guitar and laptop. The result is “quite quirky and has real charm to it. Sometimes it’s quite whimsical and there are bits of humour but it’s really unexpected.”

Somewhere, Everywhere, Nowhere
Conceived by co-choreographers and dancers Alison Currie and Yui Kawaguchi (who is based in Berlin), Somewhere, Everywhere, Nowhere “started [as a project] recording sound at regular times each month in different time zones [which were then] used to talk about where [the creators] were and different ways of thinking about place and time”. The beginnings of this work predates lockdown and travel restrictions, but its final form will be undoubtedly influenced by them. During the performance the dancers’ movements mirror each other, moving in and out of sync to reflect the temporal and physical dislocation that has only grown since Australia’s borders have been closed, seemingly cutting us off from the rest of the world.

OzAsia returns from October 21 to November 7. The full program is out now. Tickets are available online. 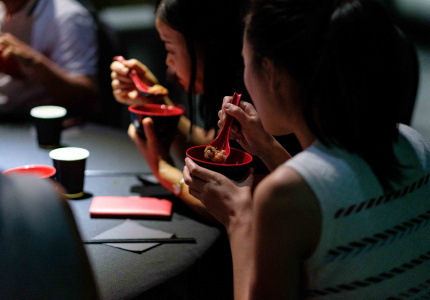 Hear the Stories Behind Popular Asian Dishes, Then Eat Them, at OzAsia’s Double Delicious