See an “eerie” performance by Madonna’s tour choreographer, club nights celebrating Lebanon’s golden age and underground electronic-music scene, an interactive performance that turns you into a bank, and more. 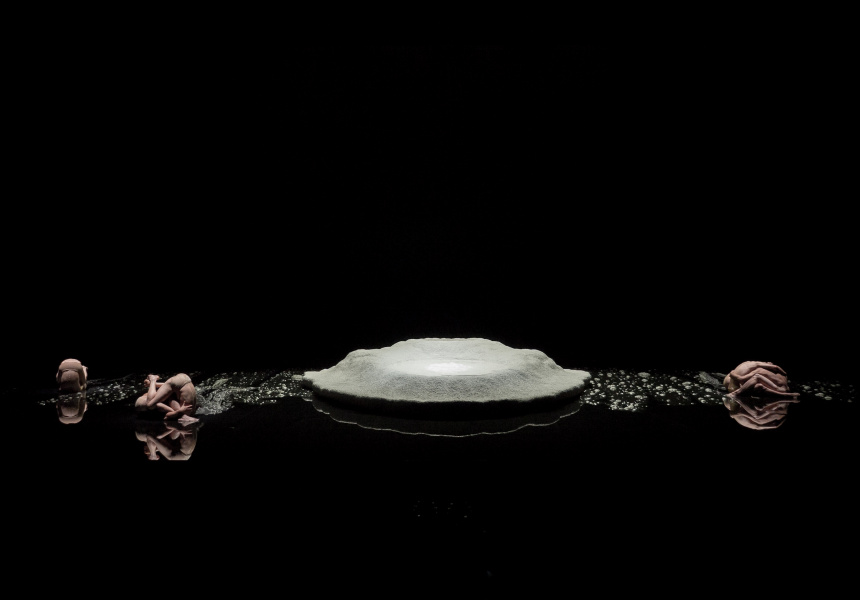 During Joseph Mitchell’s tenure, OzAsia has been one of the most consistently interesting and innovative arts festivals in Australia. The spotlight is predominantly on artists from Australia and Asia, but its remit has always been broad, and Mitchell aims to make it a survey of contemporary art across the world with a strong focus on cross-cultural collaboration. The festival has introduced Adelaide audiences to some thrilling performers over the years, and in Mitchell’s fifth year as artistic director he’s bringing familiar faces back and introducing some new ones. Here are his highlights.

Vessel
A collaboration between contemporary Japanese sculptor Kohei Nawa and Madonna’s tour choreographer Damian Jalet, this “eerie” performance is “a perfect hybrid between a futuristic science fiction-y approach to contemporary dance and incredible visual arts”, says Mitchell. The set itself is an island surrounded by water, and the entire dance performance is reflected in that mirror-like surface. Jalet (who was also in charge of the recent Suspiria movie remake and Thom Yorke’s Netflix special Anima) has created an unsettling vision with an octet of headless dancers whose bodies meld into each other, concealing gender and identity, accompanied by a dark, mysterious score. It’s set to be a visually stunning spectacle.

£¥€$
Announced as part of the preview season, Mitchell describes this immersive theatre performance as “the most fun I’ve had in a theatre in the last year”. Given the number of performances he sees, that’s quite a compliment. The show, which can be pronounced “lies” or “eyes” (or “pound, yen, euro and dollar”), asks audience members seated at casino tables to hand over some of their own money to be turned into chips (and multiplied by a factor of a million). Thus set up as banks, audience members aim to increase their wealth and are forced to decide whether to act ethically or take foolish risks – but a pattern soon emerges. “It shows you how the odds are skewed in your favour,” says Mitchell. “You can control the narrative and do as much as you want and basically not lose.” Two versions of the show were created, to tour around Europe and Asia respectively, and this performance brings together the Belgian and Hong Kong casts for the first time.

The Dark Master
From the twisted imagination of Japanese theatre-maker Kuro Tanino (who brought The Dark Inn to OzAsia two years ago), this “otherworldly, absurd” play sees a young backpacker arrive at a small restaurant just as a grumpy old chef has decided to pack it in. He’s hired to take over the venue, despite having no cooking experience. The former chef is sick of dealing with people but still loves to cook, so he tells his young apprentice to listen to his instructions through an earpiece – which audience members hear too, through their own earpieces. What begins as a simple cooking tutorial turns into a series of life lessons, and because the meals are cooked live onstage, the audience will also be able to hear and smell the dishes in this “very sensory experience”.

Light
A co-commission with Penang’s George Town Festival, this theatre performance tells the story of two generations of the Light family. It begins with the swashbuckling Francis (a “Hans Solo-type character”, says Mitchell) and then follows his more circumspect son William, who designed the city of Adelaide. A collaboration between Australian writer-director Thomas Henning (The Black Lung) and radical Malaysian theatre makers TerryandTheCuz, Light depicts a revisionist history of the theft of Penang, the birth of Adelaide, and the rise of the British Empire – exploring how the irreversible impact of the actions of two generations of adventurers continue to resonate today. Questioning how the myths we tell shape our world today, Mitchell says it’s less extreme than the historical revisionism of Inglourious Basterds, but only just.

Shik Shak Shok/Beirut Electro Parade
These two club nights (on over two nights at Nexus Arts) were originally conceived by Lebanese-born, Paris-based creator Hadi Zeidan to show two different sides of Lebanese culture. Shik Shak Shok (which Zeidan describes as “a vinyl cabaret”) celebrates art from the era when Lebanon was one of the Mediterranean playgrounds for the rich and famous..“You go in and you sit around tables, you drink cocktails and eat hummus and olives, but rather than having a live act on stage, the DJ is spinning vinyl and you’re looking at all the visuals around the room,” says Mitchell. Those visuals come from ’60s-era movies depicting an unbearably cool vision of Lebanon alongside a soundtrack of Arabic and neo-Arabic grooves, including jazz, funk, disco, tarab and belly dance. The following night, the scene is updated with Beirut Electro Parade, a showcase of Lebanon’s pulsating contemporary underground electronic-music scene.

OzAsia runs from October 17 to November 3. The full program is out today. Tickets are available online.