Don’t give up on your busted bike. Adelaide Bike Kitchen will do anything to keep you on two wheels, including offering $2 workshops and now live music. 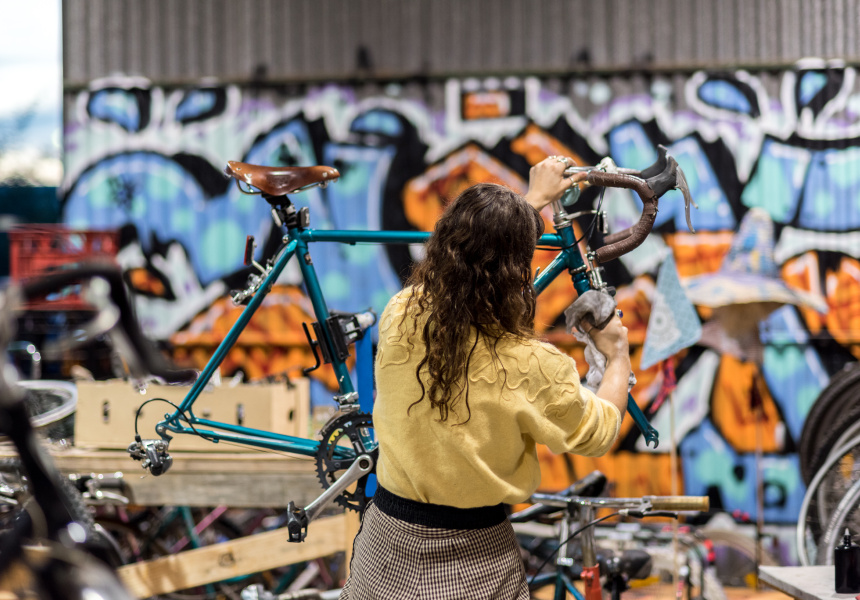 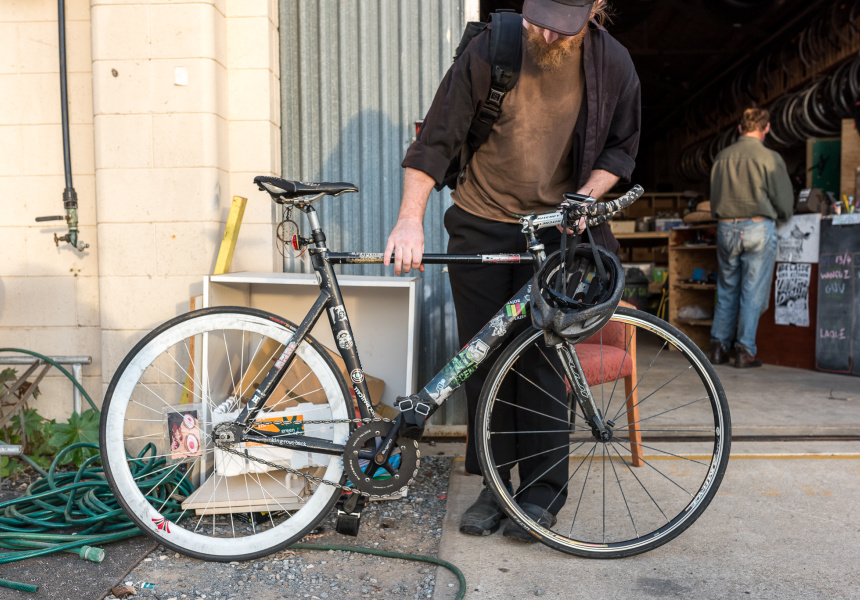 It sounds easy: you buy a bike and you ride it. But for mechanically challenged pedal pushers, a broken bicycle can mean the end of the commuter dream.

That’s why, back in 2012, a bunch of likeminded mates set up Adelaide Bike Kitchen, a weekly “up-skill” meet-up to keep cyclists on the road.

“We want to get people in to riding and keep them riding,” says co-founder Reb Rowe. “Sometimes, something happens to the bicycle that might be easy to fix but it gets put in the ‘too hard basket’ and they start driving their car again.”

The pals set up a workshop space in Bowden four years ago. Each Wednesday since, from 5pm to 8pm, they open its doors to anyone in need of basic maintenance advice.

The volunteer-run service runs on the smell of an oily rag. A fee of $2 per hour for workshops and donations of old bikes and spare parts keep wheels turning.

Each Wednesday night concludes with a vegetarian community dinner for $5 per person. “We have people who come along just to help cook up the community dinner,” says Rowe. “Some haven’t ridden in ages or don’t even have a bike yet, they just come to get clued up.”

Now Adelaide Bike Kitchen is launching Open Bike Night, a live-music event held on the third Thursday of every month. It kicks off this Thursday, April 21 with sets from Max Savage and the False Idols, Banjo Jackson, The Coconut Kids, Paddy Drum and The Legs Express. Musicians are paid, the event is licensed and live sets are followed by an open mic and jam session.

“People who come to Bike Kitchen are not just into bikes,” Rowe says. “We want to open up an opportunity for a gig that’s not on weekends so we’ll open Bike Kitchen up to bands.”

Open Bike Night ought to keep interest and spare-part donations flowing into this not-for-profit. There’s an extra incentive to arrive on two wheels: show your helmet as proof and you’ll get in free. Drivers, you’ll be asked for a donation.