An Ode to Gin 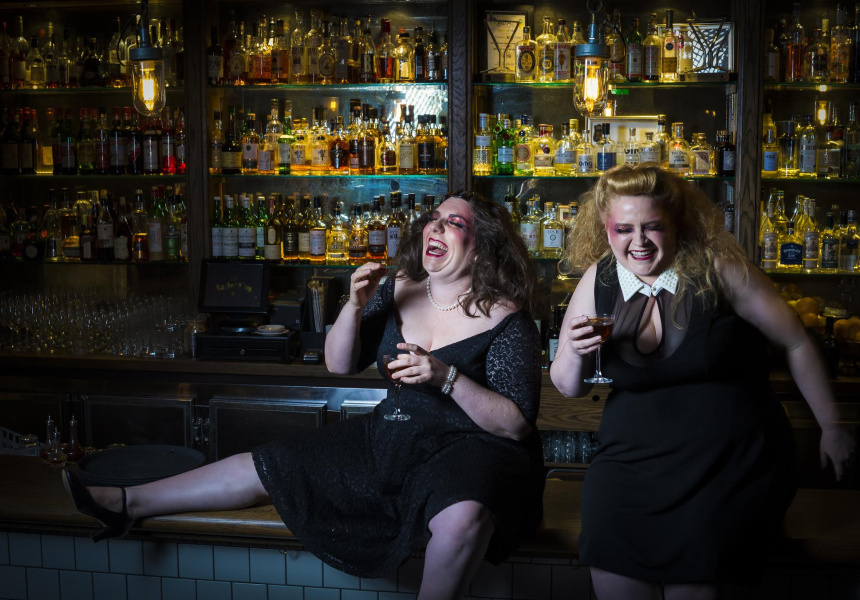 Fun fact: gin was invented by a Dutch scientist who infused distilled spirit with juniper to treat stomach aches. While historians have differing opinions on gin’s birthdate (estimates range from the 1400s to the 1800s), this much is certain: since coming to prominence, the spirit has been both celebrated and berated in equal measure.

While the popularity of Negronis and Martinis have played a part in gin’s current good standing, the spirit used to be known as “Mother’s Ruin”. The name was allegedly coined during the “Gin Craze” of the 1700s for mothers whose maternal roles had been “ruined” by excess gin consumption.

This tale is just one of the many told by Maeve Marsden and Libby Wood in Mother’s Ruin: A Cabaret about Gin – a humorous ode to the popular spirit.

One half of popular cabaret act Lady Sing It Better – the group won Best Cabaret at Sydney Fringe last year – Marsden and Wood have been performing together for seven years.

According to Marsden, cabaret singers traditionally drink red wine or gin. Aside from the pair’s post-show drink preferences, it was a conversation with gin blogger ‘The Ginstress’ Elly Baxter that led to the show’s creation.

“We uncovered characters who had a relationship with gin and a story we thought could be entertaining,” says Marsden.

She was particularly taken with the story of Ada Colemen (Coley) and Ruth Burgess (Kitty), the first female head bartenders at The Savoy in London in the early 20th century. They were fired from their positions after the US Prohibition, when Americans felt it inappropriate for women to work behind the bar.

“There are these interesting women throughout history who were impacted by political history,” says Marsden. “I wonder what it was like for Ada and Kitty doing a job not common for women at the time?”

Last year Mother’s Ruin: A Cabaret about Gin sold out Adelaide Cabaret Festival, Melbourne Cabaret Festival, and Tasmania’s Festival of Voices. The duo arrive in Adelaide fresh from performing at Fringe World and Sydney Festival and with an ever-growing collection of empty gin bottles used on set (drinking gin is all part of their research, naturally).

Audiences are taken on a tour through London, New York, Peru and back to Australia to learn about the spirit’s history, through songs originally performed by Amy Winehouse, Nina Simone, Martha Wainwright, Billy Joel, The Popes and The Pretenders – albeit with a few cheeky lyric changes.

“Mother’s Ruin ends up being about more than just gin,” says Marsden. “It becomes about women through history, issues around control, and how society views women who drink.

“What we eat, drink and how we travel is all connected. It’s been delightful for us to explore these stories.”

A Mother’s Ruin: A Cabaret about Gin is playing from March 6-12 at Studio 7 at the Garden of Unearthly Delights. Tickets from $25 and available online