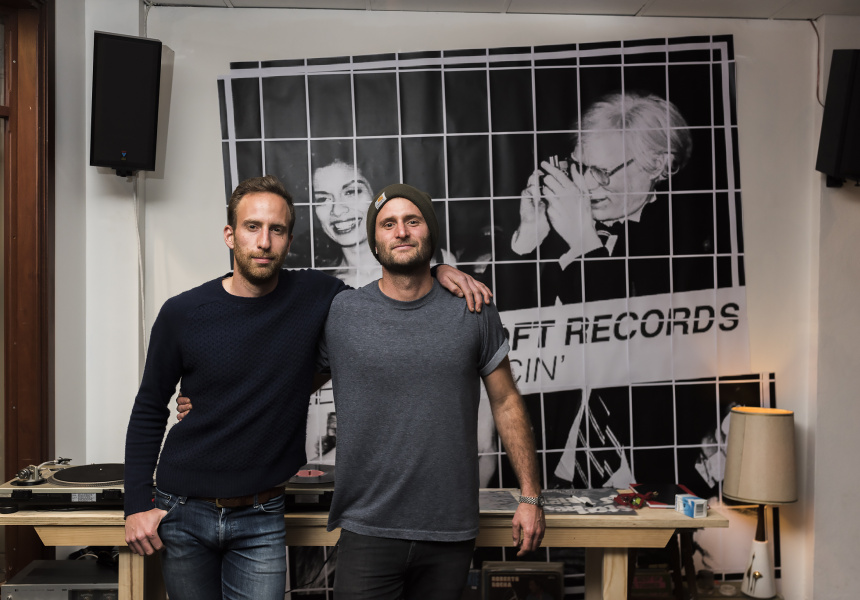 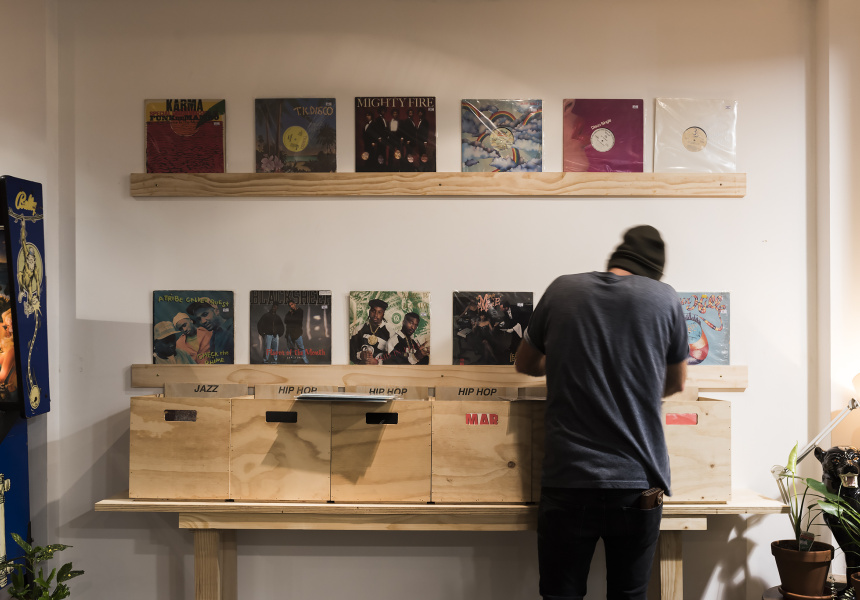 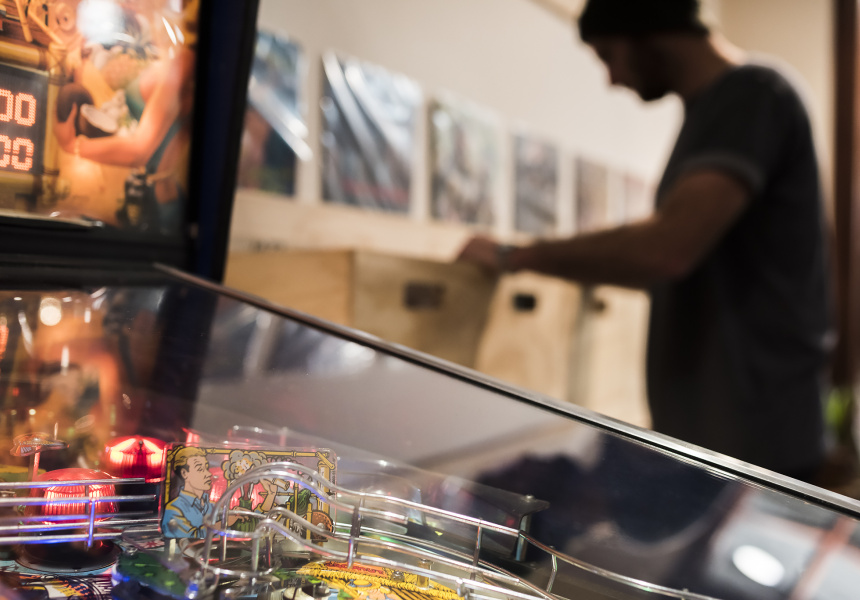 Brothers Ollie and Lewis Graham have a record library that sits at around 30,000 discs. The boys would happily keep them all, but they made the joint decision to invite Adelaide collectors, DJs and music enthusiasts to share their collection.

Their new store, Paradise Loft in Regent Arcade, holds around 2000 of these records with 50 to 100 new additions each week, all housed in timber crates handmade by Ollie. With listening stations, comfy couches and a pinball machine, the store feels relaxed and welcoming. It’s a perfect (and dangerous) place for collectors or novices to lose a few hours flicking through fresh stock.

The brothers began importing vinyl from the US several years ago in quantities of 300 to 400. They also travelled to Japan where they found the price and condition of used records to be exceptional.

The concept of operating their own record store solidified when Lewis was living in New York. “He invited me to come over and sleep on the floor of his room,” says Ollie. “We worked hard making contacts and ordering pallets of records – four, eight and 10,000 at a time.” One of the pair’s best hauls was a record pool (“like a DJ association – or union – that gets sent records from various labels,” explains Ollie) comprising 8000 albums.

Back in Adelaide, Ollie and Lewis ran seasonal record fairs at Rhino Room, The Ed Castle and Chihuahua Bar before successfully applying for a space via Renew Adelaide. “Regent Arcade is a great fit for us, with other new businesses around,” says Ollie.

Named after cult New York nightclubs Paradise Garage and The Loft, the shop has a carefully curated selection with a focus on disco, boogie, hip-hop, funk and jazz.

The brothers can be found in their shop on alternating days – laying down day-long sets from behind the turntables or sharing recommendations with punters.

The store is a throwback to the likes of B Sharp Records, which sadly closed its doors in 2010. The poky Rundle Street outlet precipitated a likeminded community of regulars, becoming as much a place to hang out as it was to purchase new – or old – releases. Ollie sees Paradise Loft as an extension of that sentiment; a physical space for people to meet, discuss and discover music. “It can really change people’s perceptions. Finding new music, the cover art – it changes the way people think,” he says.

As if to take that idea a step further, the shop doubles as an indoor plant nursery – an idea Ollie picked up in New York from a florist-come-skate shop where he would “pick up some flowers and new bearings”. On his days off – though he admits there have been few of those lately – he runs his own gardening business, so he regularly restocks with fresh greenery.