At the Movies: Six Films to See in September

A black man joins the KKK, and Nicolas Cage on a demented revenge trip. Here’s your month in film. 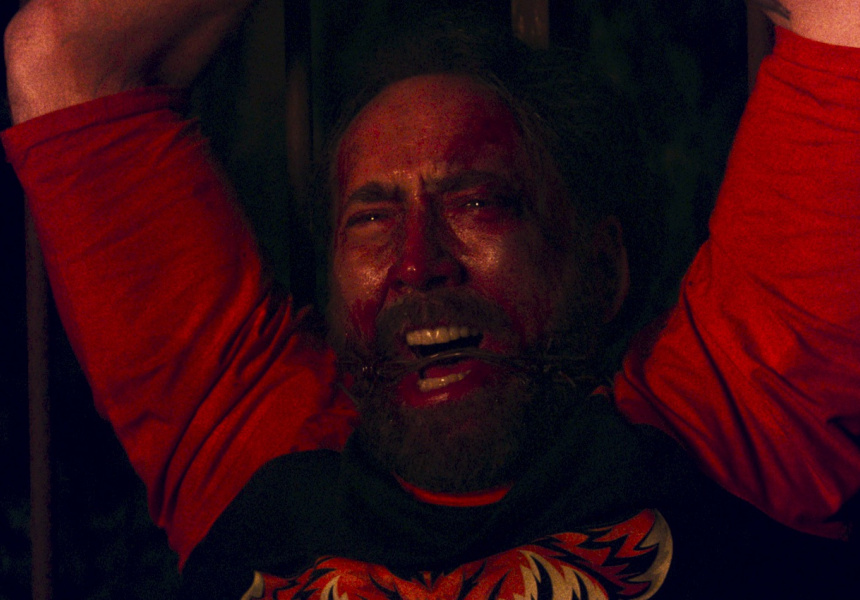 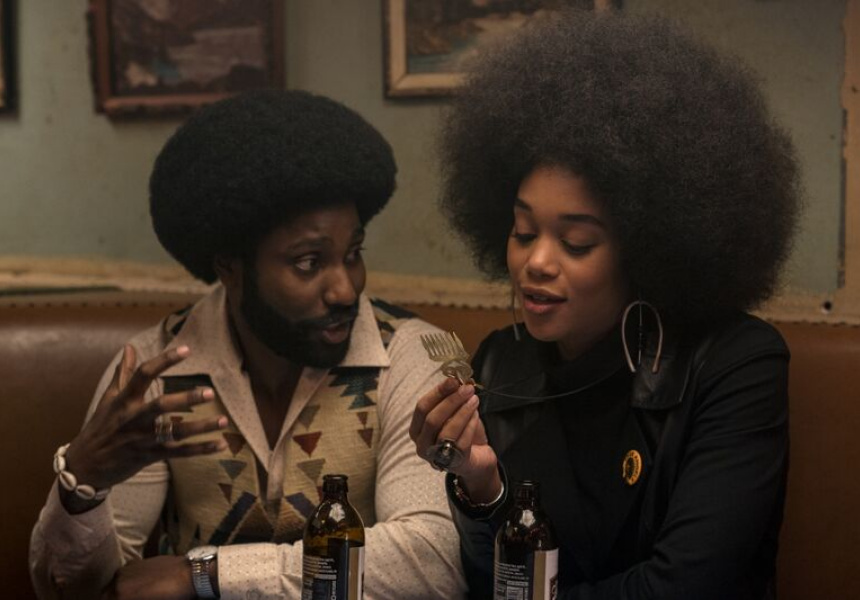 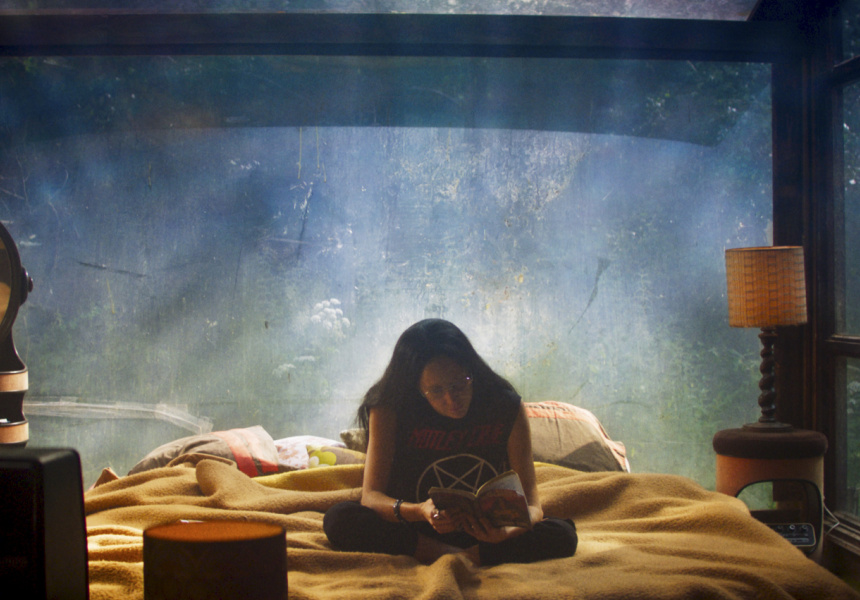 There’s been plenty of discussion (and criticism) of Spike Lee’s new film BlacKkKlansman, a lot of it down to the film’s reflections of the very real rise of the far right in contemporary America. Isn’t the film a hollow gesture in these trying times? Isn’t it a bit disingenuous to portray the police as leading the charge against racism? The fact that this film is generating so much conversation, though, only highlights how on the money it is.

Lee is never subtle, and the way this film lectures and sermonises fits perfectly into the contemporary moment. This is as precise and powerful, as earnest and witty, as a Spike Lee flick has ever been.

He does all this with stylised panache; he borrows tics and devices from old blaxploitation cinema, but a Quentin Tarantino film this ain’t. Lee uses the style as a weapon – a powerful method of conveying a message – rather than as a stunt.

The Klan is portrayed as clownish (Topher Grace is especially pathetic as Grand Wizard David Duke), but of course clowns can be dangerous, and we’re never allowed to forget that; though this feature is cosily couched in the ’70s, the disease of the Klan and its ilk remains.

Lee has been directing films for almost 40 years, but recent works have had less of an impact than his early films, such as Do the Right Thing and Malcolm X. BlacKkKlansman is a return to on-the-pulse form for Lee, proof his powerful voice still booms – perhaps he just needed to clear his throat a bit.

You Were Never Really Here
The new film from Lynne Ramsay (Ratcatcher, We Need to Talk About Kevin) is artfully made, brutal film noir, and it’s either exhilarating or traumatising, depending on your stomach for violence.

Joe (Joaquin Phoenix) is a typical outsider action hero: quiet, withdrawn and brooding, he does whatever he needs to do to look after his elderly mother (Judith Roberts). But after rescuing a kidnapped teenage girl (the excellent Ekaterina Samsonov), Joe goes full vigilante on a mission to break up a pedophile ring.

Unlike most action films, where the punches never seem to have an impact, the pain feels real here – both physical and emotional. The violence is brutal and often obscured, happening just out of shot, but what we don’t see feels worse. It’s a frantic, emotionally draining experience – things speed up and slow down unsettlingly, and trauma rises to the surface during some brutal flashbacks – but surprisingly tender, too. Composer Jonny Greenwood’s (Phantom Thread, Radiohead) score is enthralling.

You Were Never Really Here opens on September 4.

West of Sunshine
Melbourne filmmaker Jason Raftopoulos’s debut is a humble, lean and memorable film that was met with a five-minute standing ovation when it first screened in Venice.

A courier (Damian Hill) is forced to take his kid (Ty Perham) to work for the day. As the father struggles to pull enough money together to repay a loan shark, his child is introduced to the highs and lows (mostly lows) of precarious living, and gambling addiction.

Holding this film together is the relationship between real-life stepfather and stepson Hill and Perham. You can’t fake the hot and cold they go through.

Mandy
Nicolas Cage is either a very good actor or a very bad one; there is much debate as to which. In Mandy, a sumptuous, psychedelic revenge thriller, Cage indulges in his weirdest, most extreme instincts at the behest of director Panos Cosmatos (Beyond the Black Rainbow).

Cage plays Red, a timber worker living an idyllic, reclusive life with his girlfriend Mandy (Andrea Riseborough) until a mad cult turns up and ruins everything.

Cosmatos dines out on every visual detail. It’s like moving around inside an ’80s pulp horror book cover; it’s lurid, expansive and acid-soaked. The picture is tinted a vivid red, the sound is distorted, and Cage screams with rage as he tears demons limb from limb with an ornate handmade axe before burying his head in a mountain of cocaine.

It’s like a mood board of ’80s throwback imagery with a deranged Nicolas Cage dancing on top of it, and it’s gorgeous and trippy as hell. The film is screening for one night only, so if you missed Cage-a-Thon, this might be your last chance to catch it at the cinema.

The Merger
In a quirky little country town, a well-meaning but despised ex-AFL player (Damian Callinan, who also wrote the film) is tasked with saving the local footy side. Being a much-maligned greenie, he does it by recruiting recently settled refugees, bucking against the town’s rampant “fuck off, we’re full” attitude.

It’s hard not to be charmed by the extremely good intentions of this film, as white Australians learn to accept outsiders, and refugees find solace in the blokey camaraderie of the footy side.

The plot is a mishmash of the usual Aussie battler stuff we’ve been producing since The Castle, which director Mark Grentell (Backyard Ashes) uses as a Trojan Horse to sell a new, more-inclusive, less-racist Australia.

The Merger is playing at Wallis Cinemas, Hoyts and GU Filmhouse.

Shame (1988)
If you’re staying in, check out this overlooked Australian gem that’s just been restored to glory by the National Film and Sound Archive.

When hard-as-nails lawyer Asta (Deborra-lee Furness) rides her motorbike into a little outback town, she discovers young women living in fear of the local men. Rampant sexual assault is ignored or passed off as “boys will be boys”, so Asta sticks around for a few days to sort it out with a mix of legal nous and a dash of good-old-fashioned violence.

Inspired by the road-revenge trappings of the first Mad Max, this feminist western has a real B-movie feel, but deals seriously with sexual assault.

Shame is available for free on SBS On Demand.