At the Movies: Six Films to See in July

A pervy, paranoid film that nods to David Lynch and the Coen brothers; abandoned toys find new meaning in a changing world; and ruthless underdogs in the South Korean class system, from the director of the hit film Okja. Here’s your month in the cinema. 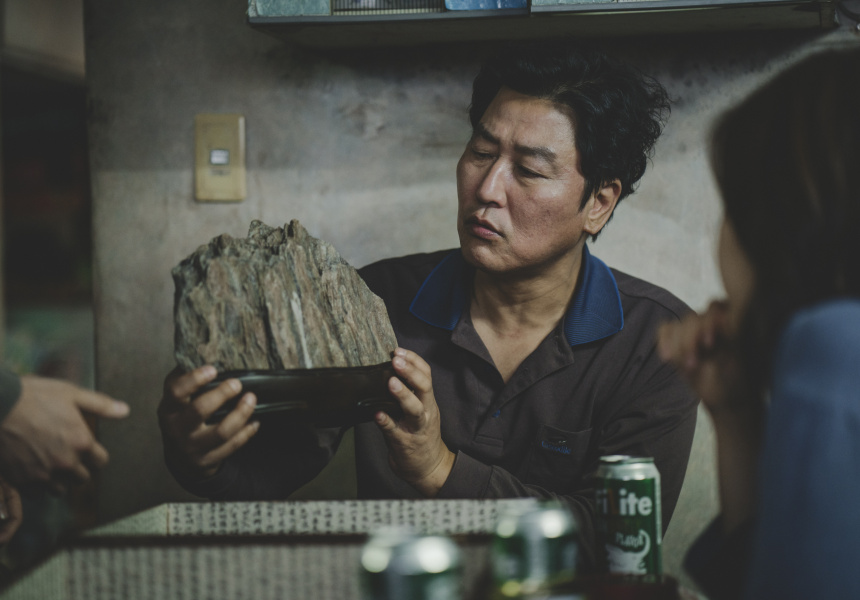 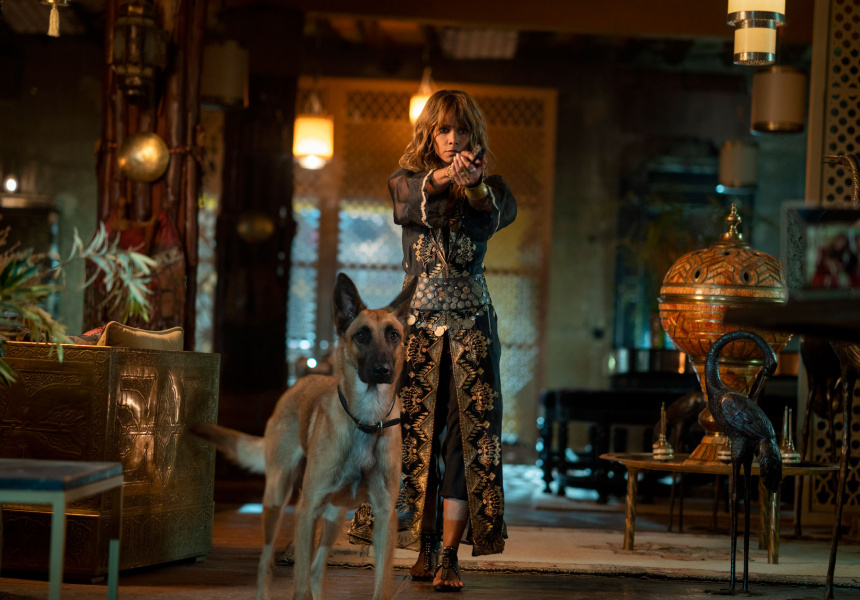 Parasite
When Ki-Woo (Choi Woo-shik) lands a job as a private English tutor for a rich teenager, he quickly scams jobs for his whole family. He, his parents (Song Kang-ho and Jang Hye-jin) and his sister (Park So-dam) are smart and capable but desperately poor. By night, they live together in poverty in an inner-city basement apartment. By day, with the help of assumed identities and faked qualifications, they service the needs of the wealthy.

Director Bong Joon-ho (check out Okja on Netflix) expertly manoeuvres us through black comedy, drama, horror and a genuinely unpredictable plot. It’s hard not to liken Parasite to last year’s beautiful Shoplifters, in which a tight-knit family of grifters make ends meet in urban Tokyo. But Parasite takes these archetypes and runs in an entirely different direction. What starts out farcical quickly works its way into your system. The “parasitic” family are beautifully drawn characters: devious, sharp-witted and ruthless underdogs. The murky moral swamp at the heart of it all is the exploration of how far people will go to survive when driven into poverty. If it’s not too early to call it: film of the year.

Parasite is playing at Palace Nova Eastend and Prospect. Watch the trailer

Toy Story 4
Things have changed for Woody, Buzz (Tom Hanks, Tim Allen) and co. With Andy all grown up, they have a new kid, Bonnie. Woody isn’t the favourite anymore – Bonnie prefers Jessie, who she’s promoted to sheriff. But then Bonnie makes a toy of her own, Forky (Tony Hale), a plastic spork with mismatched googly eyes, pipe-cleaners for arms and a death wish. Woody takes it upon himself to teach Forky the virtue of being a kid’s favourite toy, and finds new meaning in a changing world.

Toy Story 4 is no less imaginative, fun and wild than any of the other three. It’s also startlingly smart. In the fun fair and antique store, where most of the action takes place, we meet toys abandoned by their owners and finding new life in freedom – including Bo Peep (Annie Potts) from all the previous Toy Story films, now an adventurer – or wallowing in a lost past, like the villainous defective doll Gabby Gabby (Christina Hendricks), flanked by an army of ventriloquist dummies.

The balance of wit, brilliant action and genuine pathos is, as ever, bang on. There’s also comic relief from Keegan Michael Key and Jordan Peele, and a star turn from the unavoidable Keanu Reeves playing a toy stuntman who’s been abandoned because he wasn’t as cool as he looked in the commercial.

It’s not as effective as the emotional rollercoaster that was Toy Story 3, which really felt like an end to the story. But having missed the preview screening for curmudgeonly reviewers, I saw Toy Story 4 at the matinee, where the median audience age was five. Given the reaction from that audience, something that still brings this much joy isn’t ready for the trash just yet.

Under the Silver Lake
There’s a dog killer on the loose in Los Angeles. A millionaire has gone missing. Sam (Andrew Garfield) can’t make rent, but making money is the last thing on his mind. Sam’s neighbour (Riley Keough) may have gone missing, too (although she might have just moved), and he’s going to get to the bottom of it, no matter how many cars he has to follow or women he has to spy on.

Dragging the clichès of detective stories through the ennui of the millennial condition, this pervy and paranoid film revels in its own strangeness. As Sam pursues a mystery driven by stoned logic, sex and a nagging existential dread, we’re introduced to a world full of codes, pacts, symbols and conspiracies. The flotsam of American culture – game shows, pop songs, cereal boxes and advertisements – holds the key to unlocking it all. Probably.

It’s all very David Lynch, and very Coen brothers, and very Thomas Pynchon. And perhaps Under the Silver Lake’s main shortcoming is that it never finds an identity of its own. But that’s a fitting irony in a story about a man looking for meaning in a meaningless time. It’s witty and silly and there’s plenty to pick over and decode.

Under the Silver Lake is playing at Trak CineCentre. Watch the trailer

Hail Satan?
The people of the Satanic Temple wear a lot of black, but they’re a lovely bunch; open, inclusive, loving. And with thousands of members across the US, the church’s activities range from wholesome community events and political actions to the occasional spicy ritual. In the eyes of this church, Satan isn’t a figure of evil but the ultimate rebel against tyranny. This documentary follows the church’s adherents on their mission to remind Americans that the US isn’t a Christian nation; it’s a pluralist one.

Their leader, the dedicated contrarian Lucian Greaves (if he wasn’t a dedicated Satanist he’d probably be a militant atheist) leads the group through a number of provocative actions, including efforts to erect a monument to Satan next to a planned monument to the Ten Commandments, or performing an unholy, very gay ritual over the grave of the Westboro Baptist Church founder’s mother.

But over time the group emerges as more than just a political action group trolling the religious right. They’re a community for perceived outsiders: LGBTQIA+ people, the socially isolated, and anyone who feels betrayed and left out by their socially conservative country. In that way it’s quite heartwarming. And the throwbacks to old moral panic about Satan worshippers (watch out for your kids listening to Slayer and playing Dungeons & Dragons) are as funny as ever.

Hail Satan? is playing at Mercury Cinema on July 12, 14 and 21. Watch the trailer

No one is better qualified. Lowenstein has documented Australian music on film for nearly 40 years, including classics Dogs in Space, Autoluminescent: Rowland S Howard and a fair few INXS videos, and he was good friends with Hutchence. With unprecedented access to personal archives and memories of Hutchence’s friends, family and lovers, including a moving segment with Kyle Minogue, Mystify is shot through with warmth and affection. It reminds us what a performer the INXS frontman was, but that there was a vulnerable man beneath it all. And quite a pretentious one, too. But that just endears him to me more.

Michael Hutchence: Mystify is playing now at Palace Nova Eastend and Prospect and at Mercury Cinema in August. Watch the trailer

John Wick 3: Parabellum
Retired hit man John Wick (Keanu Reeves) has a $14 million contract on his head. He’s broken some rules, and the shadowy cabal that maintains honour among assassins is out to make an example of him – but he won’t go down easy. In Wick’s New York, anyone could be in the global assassin network, from homeless people on the street to a five-star hotelier. Don’t worry about the plot – John Wick kills a lot of people in this film. And then he teams up with Sofia (Halle Berry) and some particularly vicious attack dogs, and kills some more.

There was an ad for the Melbourne appearance of the Bolshoi Ballet before my screening of John Wick 3: Parabellum. Initially I thought they had the wrong audience, but the film that followed was a beautifully choreographed, balletic exploration of the human form, with added guns and hand-to-hand combat. Wick even drops in on a ballet rehearsal, in case the audience didn’t get the message this isn’t just a two-hour brawl, it’s a masterclass in choreography. Director Chad Stahelski was Keanu Reeves’s stunt double in the Matrix trilogy, so he knows what the man can do, and how to stage killer action scenes.

But of course it’s a two-hour brawl as well. Wick stumbles from set piece to set piece, and things get increasingly bizarre, from riding horseback through Manhattan pursued by motorcycles, to public skirmishes in the New York Public Library and Grand Central Station. Bottom line: the ticket warned of “strong action violence” and the film delivers.

John Wick 3: Parabellum is screening at Palace Nova Eastend and Prospect and Hoyts. Watch the trailer.