At the Movies: Four Films to See in May

Surfing, singing, and a love story set in a Hungarian abattoir. Here’s your month in film. 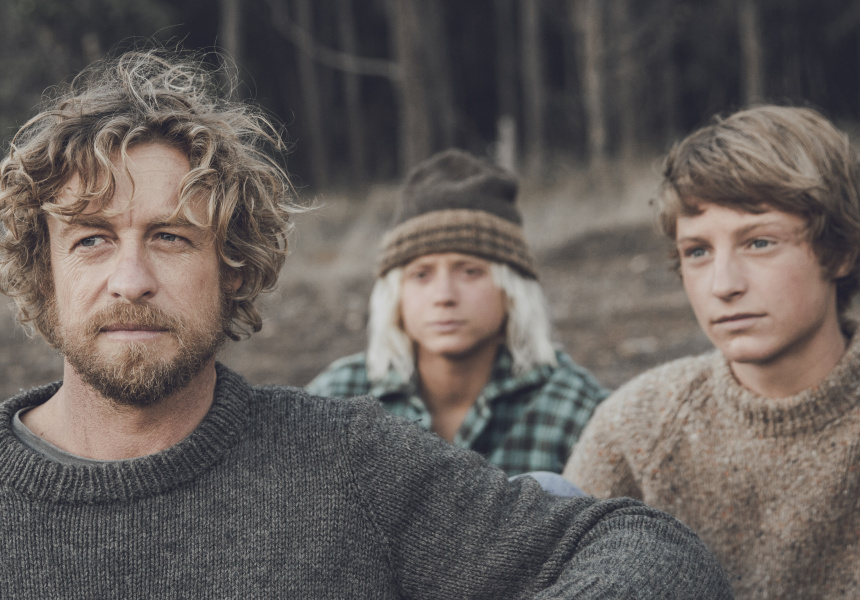 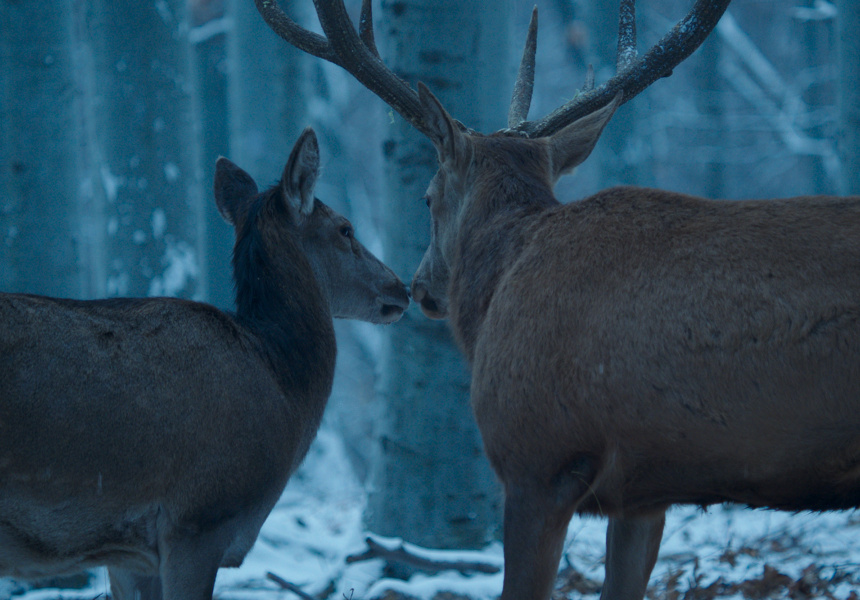 On Body and Soul

Loveless
In the middle of a painful divorce, Zhenya and Boris (Maryana Spivak and Aleksey Rozin) seethe with bitterness and recrimination. They have an apartment to sell, and new relationships and lives to go to. They have little room to think of their 12-year-old son, which is why it takes them a day or two to notice that he’s gone missing. Search parties are sent out.

Loveless is often desolate and frequently numbing. But it’s always outstanding. It captures – without moralising or over-simplifying – a corrosive, loveless family environment. Russian director Andrey Zvyagintsev previously brought us Leviathan, a film about ordinary people living under corrupt bureaucracies (resulting in the Russian government refusing any funding for it).

Loveless offers more ordinary people under very different oppressive, crippling structures. The title most immediately refers to the state of this collapsing family, but the rot spreads deeper. At least some of the emotional bruises are inherited from Zhenya’s eccentric, abrasive mother, who lives in isolation in the middle of nowhere. Zhenya’s and Boris’s lives are confined to offices, cars and bureaucracy. Outside is a bitter Russian winter. The family’s apartment block is located on the threshold of a frozen forest that hides a dilapidated, abandoned urban development reclaimed by the wilderness. The prevailing attitude seems to be that the natural world is alien, hostile and must be buried at all costs. It’s all summed up in one single shot, in which the camera pans across from one of his parents’ screaming matches to reveal the boy listening, in tears of desperation. Stark, harrowing, brilliant.

Loveless is playing at Palace Nova.
Watch the trailer.

Breath
On the remote Australian coast in the 1970s, two teenage boys discover surfing and fall under the mentorship of a 40-something father figure, played by the preternaturally handsome Simon Baker.

Baker directs (an impressive debut) and stars in this contemplative surfing and coming-of-age film. He’s the big-name draw here, but it’s really Samson Coulter and Ben Spence’s movie. Neither has acted before and yet here they are carrying the emotional weight of a film – particularly Coulter, who the narrative stays closest to. And they can surf; nothing would snap the audience out of the moment quicker than an obvious body double, or evasive editing.

Shot in and around the little town of Denmark in Western Australia, Breath always looks spectacular, on or off the ocean. When they’re not surfing, the trio is talking about surfing. Baker’s character Sando has a propensity for “guru shit” as one character calls it, describing surfing as pointless but also elegant and beautiful, and he seeks out ever bigger, more dangerous waves. “Being scared is half the fun,” he says to his clearly terrified proteges. It’s yet another nostalgic Australian coming-of-age film, but it’s a worthwhile entry.

Breath is playing at Palace Nova and Hoyts

On Body and Soul
If you want a film that touches on isolation and disconnection in the modern world, and Loveless (above) sounds one cinematic trauma too far, try Hungarian drama On Body and Soul. It’s a touching, whimsical and atypical love story. Two socially isolated admin workers at an abattoir have the same recurring dream that they’re a pair of deer in a forest. By day, they oversee the slaughter of animals. By night, their subconsciouses mingle in animal form.

I’ve described it as “whimsical” but On Body and Soul is more real than most love stories. Grim reality, typified by the frank depiction of the workings of the slaughterhouse – not easy to watch – is never shied away from. Life is full of repression, missed connections and accumulated anxiety here. Only in dreams is there any escape. But you know, it’s cheerier than it sounds.

On Body and Soul is in cinemas on May 10.
Watch the trailer.

Gurrumul
Geoffrey Gurrumul Yunupingu (known posthumously as Dr G Yunupingu) passed away last year at the height of his powers as an artist. He had the rare distinction of commercial recognition, too. At the time of writing his new album Djarimirri is at number one on the ARIA charts. It’s an astounding album – a lushly orchestrated crossover between Indigenous Yolngu music and Western instrumentation.

This lyrical and beautiful documentary captures Yunupingu’s talent and the complexity of the clash between Indigenous and European cultures. Yunupingu brings Yolngu music to the world with integrity and grace and yet he refuses press, abruptly cancels a major tour days before it’s due to start, and barely speaks a word. From the opening scenes, in which a reporter condescendingly tells a silent Yunupingu that he’s going to have to get used to interviews, he refuses to explain or compromise. But when he starts performing his music speaks volumes. Though our way into Yunupingu’s life is via his friend Michael Hohnen – who acts as his musical collaborator, manager and spokesperson – the focus never leaves Yunupingu who, even as he plays the Opera House and tours Europe, never really leaves his country.

Gurrumul is playing at Palace Nova
Watch the trailer.