Melbourne company The Rabble and Adelaide's Vitalstatistix will present a feminist reimagining of Joan of Arc that is so experimental, they don’t even have a script. When reports of Eurydice Dixon’s rape and murder surfaced, social media flooded with outpourings of grief and anger over a culture of gendered violence – and the men who perpetrate it – that led to the young comedian’s tragic death.

Dixon, suddenly and without her knowledge, became an icon of inequality and the failings of a patriarchal society.

“I think this happens with violence a lot – we want to turn it into the iconic really quickly,” says Emma Valente, co-founder of theatre group The Rabble. “Because the details are too horrifying, and the reality is too gruesome. It’s a very understandable, human thing to do.”

Valente, in partnership with Vitalstatistix, is bringing the company’s experimental production Joan to the Waterside Workers Hall in Port Adelaide this month. The show explores the story of iconic historical figure Joan of Arc.

Though they lived six centuries apart, there are striking similarities in the way both women’s early deaths launched a dialogue on misogyny, their names resonating as markers of societal outrage at gendered violence. Yet there is a marked sense of dismissal for the real person behind the legend. It’s easy to forget that the canonised Joan of Arc was a real person. Her life – which ended dramatically with her being burned alive in execution – seems more like a fairytale than history.

We know she was a 19-year-old peasant girl who claimed to see angelic visions and led the medieval French army to victory. But there is much we don’t know, says Valente. Information about her personal life is varying, and often from “unreliable sources”. “Joan is actually this … series of mysteries that we don’t know anything about.”

The play explores the enigma with a cast of four women performing as Joan together and separately. Inspired by black-and-white silent era films, the production climaxes with a real fire on stage.

It’s the first time The Rabble has presented a show in Adelaide, which is “kind of extraordinary,” says Vitalstatistix director Emma Webb. “[For] over a decade they have been making really incredible feminist theatre that is quite unlike what anyone else is making in Australia. They take classics and familiar stories and repopulate them with feminist politics and aesthetics.”

The Rabble centres on an ethos of experimentation. In the case of Joan, they don’t even have a script. “When you have a script you have a map of where you’re going. So when you don’t, you feel like the whole thing could fall down at any moment or have the potential to be dreadful,” says Valente. “It’s really like working in the dark until very late in the process.”

Their collaborative process pushes back against the typically male-dominated, hierarchical nature of theatre. It unlocks the group’s creativity and gives everybody a sense of involvement in the work’s evolution, often with surprising outcomes. Ultimately, it requires a great deal of faith to trust in the process and produce a show.

The “highly visual and physical” performance is timely, says Webb, “in having this global conversation around misogyny and violence against women, and where that comes from in terms of cultural, political, structural and personal driving forces.”

Joan is part of a multi-year partnership with Vitalstatistix that will include a second work, 10-hour epic Ulysses, produced with South Australian artists.

Both companies strive for diversification and representation in the arts. It is the “power of performance”, says Webb, that “enables us to open the brain and heart to a different kind of conversation.”

“When we conceived [Joan], Julia Gillard was still our Prime Minister and was just in the process of being ousted,” adds Valente. It offered a mirror, she says, to explore the way that gender and leadership intersect – the challenges women endure simply to become leaders.

Like Dixon, many women become unknowing participants in a dialogue centred on violence. In Joan, The Rabble hopes to establish a counterbalance that celebrates the real woman behind the story – a hopefulness where “faith and love” offer an antidote to violence.

“We’re at once trying to conjure the essence or spirit of Joan, but also so that we could bring everybody back to the theatre,” says Valente. “The here and now.”

Joan runs from July 17 to 22 at the Waterside Worker's Hall. Tickets are available online 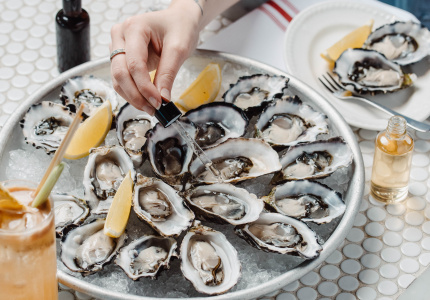 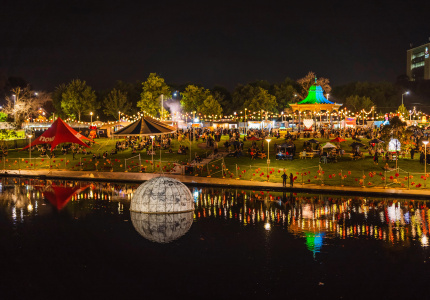