The Lion Arts Factory Roars Back To Life

After a strong public reaction to its closure last year, Lion Arts Factory – formerly Fowler’s Live – has reopened. And the new operators are determined to show live music audiences that the venue’s future will be just as prized as its past. 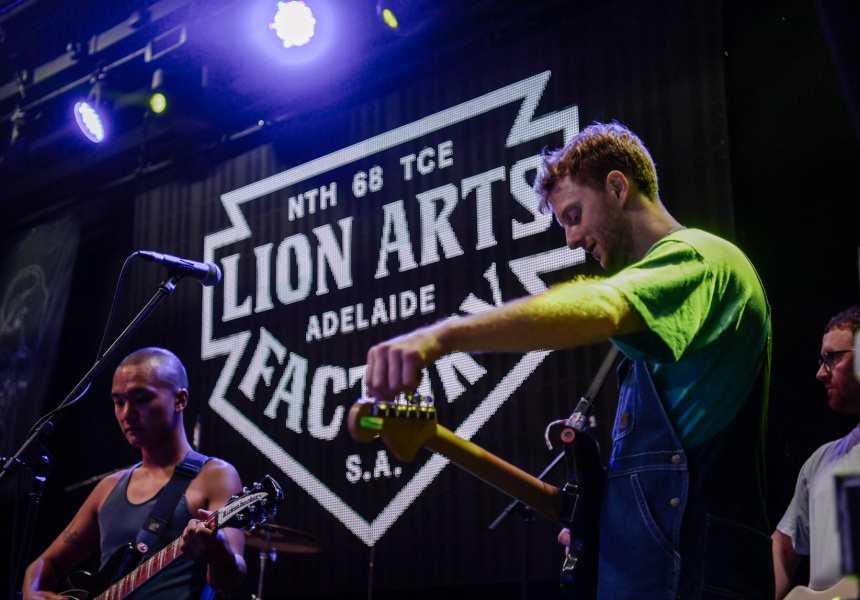 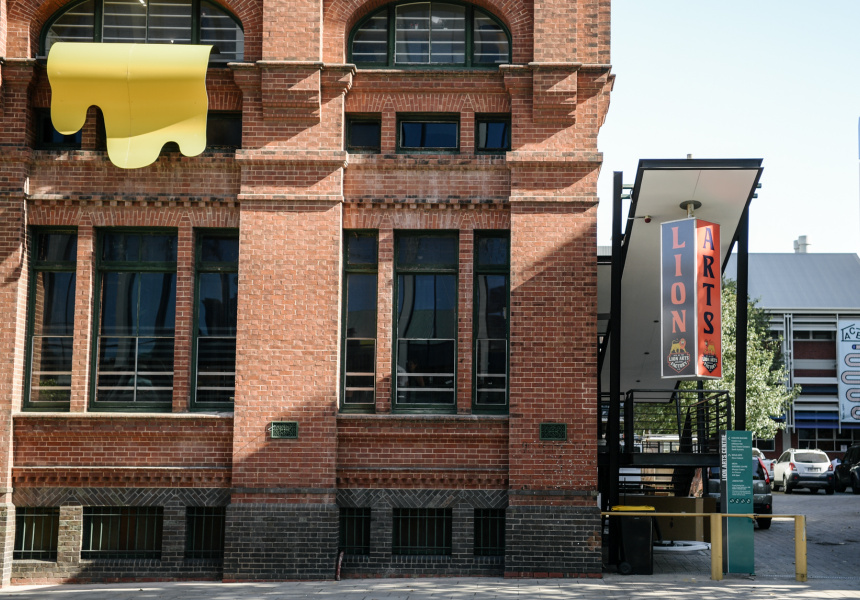 The newly rebadged Fowler’s Live building is poised to be one of the most capable, versatile and enjoyable live music spaces in Adelaide. Under new management and attentively redesigned, the 500-capacity venue has been reinvented – with a courteous nod to all that went before.

“We’re not here to rip up what it once was but build on what it is and make it really amazing moving forward,” says new operator Hugo Peddler (West Oak Hotel).

He and partners – Craig Lock and Ross Osmon of Five Four Entertainment (bookers for The Crown & Anchor and Laneway Festival), and Sam, Simon and Tim Pearce of Frame Creative (West Oak Hotel) – were handed the keys in November last year, following a successful submission to Arts South Australia, which manages the Lion Arts Centre precinct (including Nexus and ACE Open).

Peddler says he, Lock and Osmond had been looking for a project to collaborate on for about a year when they were invited to tender. Forces combined, the group has executed an impressive turnaround.

Punters will instantly be struck by the venue’s transformation – courtesy of Frame, naturally – which Peddler describes as “Somewhere between a factory, warehouse and Peel Street small bar”.

Under the gig posters and merch that were its second skin, Frame discovered heritage brickwork. Taking design cues from the industrial architecture, they introduced timber and cleared the boarded-up windows to create an airy contemporary performance space that feels like a New York loft. “The most exciting part of the venue is how it’s laid out,” Peddler says.

The main stage has been extended to a full 13 metres and fitted with a slightly slimmed-down version of the PA used at Thebarton Theatre, along with an all-new lighting and AV rig. When Broadsheet visits the day before opening night, West Thebarton are christening the setup during sound-check.

“We’re not here to mess around. Live music is a focus for us and audio is a big, big focus. We’re doing it right from day one,” Peddler says. The merch stall has been relocated to make room for a second stage in the front room – for smaller acts and “kick-ons”.

The team is showing its festival pedigree with generous long bars, each with multiple service points. Banners hang from the ceiling to make the large rooms feel less cavernous, and the mezzanine has been re-opened. Downstairs is the Coopers Green Room – with chesterfields and a strong house-party vibe – and, for A-listers, the Den, with its own private bar.

And all of this is just the initial stage. “Step one – open as a live music venue and make sure everyone understands that we’re not radically changing what this once was,” says Peddler. He says Lion Arts Factory will host a diverse line-up of bands and genres, from “hardcore and punk acts, like [longtime operator] Peter [Darwin] used to do at Fowler's, right through to the mainstream Triple J acts”.

Upcoming gigs include Alex the Astronaut, Montaigne and Mansionair plus the return of Heavy SA Fest – a mini-music festival featuring 23 local bands.

Since acquiring the new digs, Peddler has stepped away from his on-site responsibilities at The West Oak and Fat Controller, and Five Four is no longer booking for other venues. “The potential of this is huge, and it needs full-time attention,” says Peddler.

“We’re hoping to trade every Thursday, Friday and Saturday night, plus [present] a heap of midweek shows,” he adds. The liquor license allows for trading until 5am, and that’s the plan for weekends.

Once re-established as a live-music venue, programming at Lion Arts Factory will broaden to include theatre and comedy in preparation for a full Fringe season in 2020. There are also plans for a daytime cafe, cheese- and wine-making masterclasses, and more. Peddler’s mantra is, “You name it, we’ll do it.”

Reactivating the street-level area outside the venue was a big part of the group’s application to Arts South Australia. “We want to bring some bigger shows into the courtyard,” says Peddler. His ambition is to ignite the same energy the space had in the ’70s when it housed the Fringe Club and festival headquarters.

This article was updated on March 21.