The longstanding Hindley Street venue needs to raise $40,000 to stay afloat. And supporters who donate $100 or more will get their name engraved on a Jive Wall of Fame. 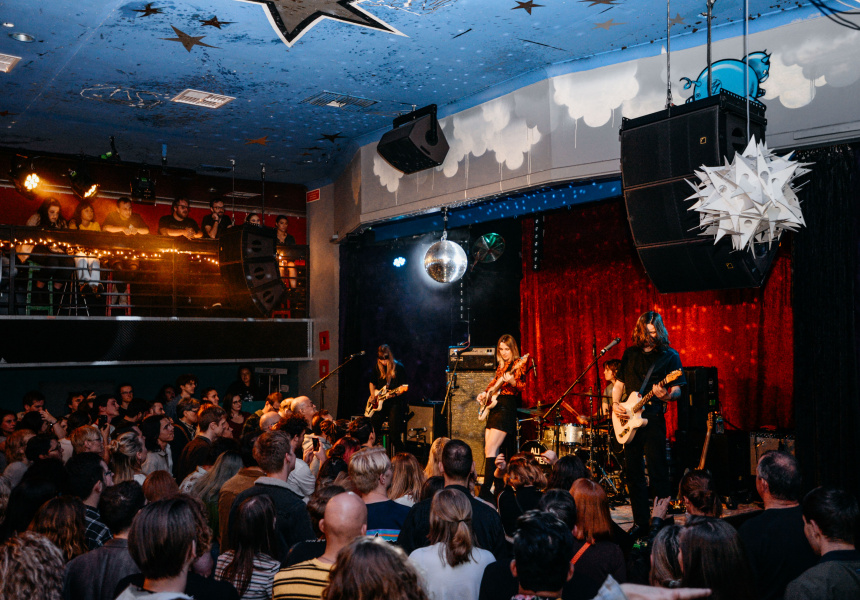 After months of closure and limited-capacity shows, Adelaide’s 20-year-old live music venue Jive is at risk of permanent closure.

To keep Jive alive, a collective of Adelaide’s music community (including Emma Coyle and Joel Byrne of Part Time Records and Luke Penman of Play Pause Play) has set up a crowdfunding campaign – created in consultation with Jive owner Tam Boakes – with a fundraising goal of $40,000.

“Along with the rest of the live entertainment and hospitality industry, Jive has had to do everything it can to stay afloat over the last nine months,” Boakes said in a press release.

“As a dedicated fit-for-purpose live music venue, I haven’t been able to ‘pivot’ or diversify services to supplement some of our financial shortfalls and all I’ve been in a position to do is budget and managing cash flow to try and see out the pandemic.

“The reality is that, although band bookings and tours are returning for 2021 and we have been in discussion with various funding bodies, unless we find a financial lifeline I’m going to have to further extend on my personal and business loans and eventually I will find myself in a position where I won’t be able to sustain the business.”

Over the past 20 years, the Hindley Street venue has hosted countless early-career Adelaide bands while being a constant touring stop for interstate and international acts, including Chic & Nile Rogers, The Cat Empire and Tame Impala.

When Broadsheet spoke to Boakes in June, density requirements meant she could only fit 30 people into the venue. At the time she told us she can’t see how she’ll “financially be able to hold on … with bills piling up and no income”.

Supporters who donate $100 or more will get their name engraved on a tile on a new Jive Wall of Fame inside the venue. The campaign will also offer a collection of one-off rewards including a limited-edition Jive branded beer from the team at Big Shed Brewing, a limited edition ‘Keep Jive Alive’ t-shirt and a collection of Jive memorabilia.

Donate to the campaign here

What Does the Future of Adelaide's Live Music Scene Look Like?