The annual music festival is back in a new, scenic location. 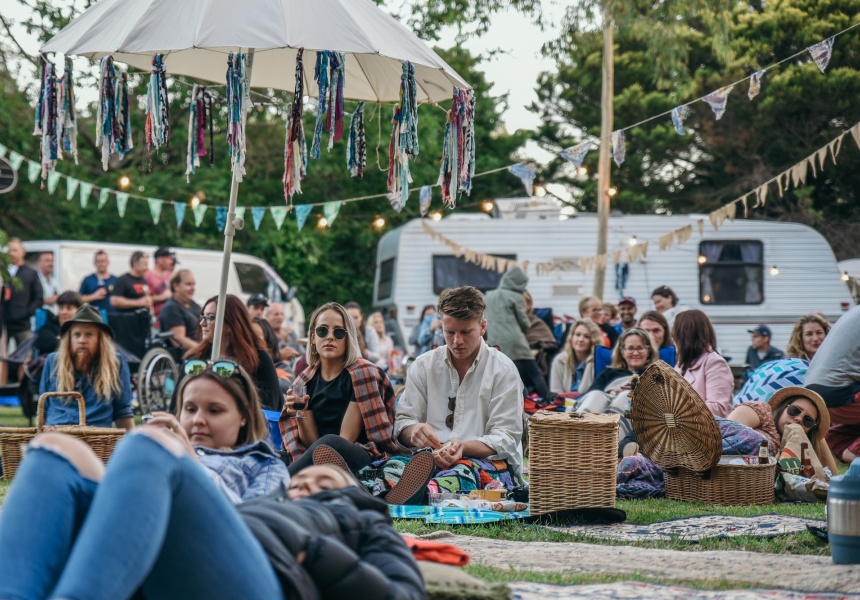 In an often-fickle festival market, Adelaide’s travelling music series The Porch Sessions has proved a cut above the rest. The backyard gig series – and its various offshoots – has consistently sold out since its launch in 2013. In a city notorious for its reluctance to buy tickets, it’s a major feat.

“We like to think we've curated a pretty consistent platform where people know what to expect,” founder Sharni Honor told Broadsheet last year. “There's this cool element of trust that Adelaide folk have invested in us; even if they've never heard of any of the acts we book, they know that it's going to be a vibe-y time.”

The Porch Sessions’ amplified spin-off, Porchland, returns for a third innings next month, this time among the scenic green pastures of The Range near McLaren Vale.

“We love hand-picking undiscovered and up-and-coming artists, ones we truly believe will blow up in only a matter of time,” Honor tells Broadsheet. “People often ask me what my dream line-up at Porchland is, and my answer is always … booking my favourite act, three or four years before I even knew they were my favourite act. We want people to discover their new favourite artists at Porchland.”

The food and drink offering is still under wraps, but Honor promises some “topnotch local artisans … from well established crews to new kids on the block”. Willunga winemaker Hither & Yon, a regular fixture at the events, is likely to return.

The festival’s Market Bazaar will feature a whopping 25 stalls peddling jewellery, clothing, ceramics and more. “It's a massive line-up of local legends that make incredible things,” says Honor. “Moving this festival to the Fleurieu, we're in the process of engaging a bunch of local crew to get involved, too.”

The all-ages event will also feature workshops for kids (and adults) by Twig & Stick. The nature-based activities will give attendees “the chance to sit on a rug, weave a basket, make a nature crown or craft a tiny fairy village with your little person,” says Honor.

There will also be a sundown screening of local filmmaker Andy Manners’s surfing doco Belong Nowhere, which features an all-South Australian soundtrack.

The festival will kick off a series of summer events for Honor and the team, including eight Porch Sessions around Adelaide’s backyards and an interstate tour in January.

Porchland is on Saturday December 2 from 2pm to 10pm at The Range Hall. Tickets are $60 plus booking fee from Moshtix. Bus tickets are available for $15.